On 5th March, at 3.08am GMT, Venus glided into one of its two home zones of Taurus, where she will reside through to the 3rd of April. By Sunday, Venus goes alongside the restless Uranus in a powerful conjunction. This is where the two planets meld together and share their energies. Mind, the chances are you are feeling this spicy influence right now.

You probably know that Venus is associated with relationships and romance, but she is also known as the lesser benefic (with Jupiter the greater benefic). So in Taurus, the sign of everyday money and values, Venus can be to do with fortune, whilst also about sultry attraction.

Uranus on the other hand, is the freedom fighter of the zodiac, making us outspoken, restless, and prone to pushing for sudden changes.Venus in earthy Taurus can see us drawn towards creature comforts, a touch of luxury, sensual pleasures and enjoying more material strands.

But this combination of Venus and Uranus could see some vociferous in their rejection of materialism, and more profile on protecting planetary resources. For most of us, it can be a case of enjoying some treats, but Uranus is about instant change, so the desire to do things off the cuff, and without limit, can make some more carefree both around love and loot.

Indeed, a dull and rather weak relationship can end, whereas as a basically sound tie by rejuvenated by greater spontaneity. Single? Someone can enter your orbit in a very fresh, and unique way, and this could prove dazzling if potentially, short lived. Hold onto your astral hats!

Below is your Zodiac Sign forecast for Venus in Taurus…

Aries 21 March – 20 April – Money can come your way, and unexpectedly, but keeping hold of it may prove a challenge, as temptation mounts. A diet plan comes under pressure.

Taurus 21 April – 21 May – A great time to give your personal appearance a delicious makeover. If you have had the same look for a while, a change can attract new admirers.

Gemini 22 May – 21 June – A connection with someone from your past can surprise you. Even a memory of an old flame can be evocative. Secret desires can also stir.

Cancer 22 June – 23 July – Your relationship sector continues to be in the astral spotlight, but a new and unexpected person can liven up your social world, delightfully.

Leo 24 July – 23 August – A job offer can come out of the blue. It can please you, but it may require a snap decision. Solo? Someone at work can tempt you.

Virgo 24 August – 23 September – So the saying goes change can be as good as rest, and revitalising your approach to relationships can be a great way to get so much more out of them.

Libra 24 September – 23 October – Venus rules your sign too Libra, so you know the magic she brings. In Taurus, you can want to get more intimate, or break a bond which isn’t working.

Scorpio 24 October – 22 November – With Venus moving now through your sector of relating, fine things are possible but if you’re single, a sudden crush is possible too.

Sagittarius 23 November – 21 December – Involved? A fairer share of household chores will help harmony. Looking for a job? Something very different can spark your interest.

Capricorn 22 December – 20 January – This can be a fabulous transit for you Capricorn, but if you are feeling hemmed in and bored, you can crave a big change.

Aquarius 21 January – 19 February – Making changes at home can see you bring some real flair and imagination to your decor. A tiresome family matter could see you wanting more space however.

Pisces 20 February – 20 March – Your words can sparkle with added charisma, and this can draw good things to you. A random conversation can also get seriously and quickly saucy! 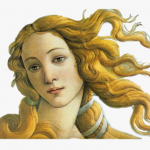 Venus was first recorded by Babylonian Astronomers in the 17th Century BC.

Venus does not have any moons or rings.

The Planet is nearly as big as the Earth with a diameter of 12,104 km.

Venus is the second brightest object in the night sky, only the Moon is brighter.

Venus is also known as the Morning Star and the Evening Star.

Early civilisations thought Venus was two different bodies. These were called Phosphorus and Hesperus by the Greeks, and Lucifer and Vesper by the Romans.

Venus is the Roman Goddess of; love, beauty desire and fertility and Julius Caesar claimed her as his ancestor.

Cancer, the planet which influences communication, travel, commerce, and technology moves into Cancer on 28th May at 7.10pm UCT where it...

Mars in Pisces – Your Zodiac Forecast…

Mars passes through the 12th sign of the Zodiac Pisces from now for the next 6.5 weeks through to the 27th June 2020. What is the impact of...

Please click on the video below to watch my North Node in Gemini 2020 Video...

The Sun moved into Taurus at 3.36pm BST Greenwich on Sunday 19th April. Ordinarily this would see us wanting to enjoy the good things in... 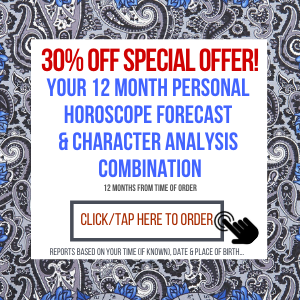