The awards season may have come to a close and we now find ourselves leaving behind ‘The darkest hour’, with the increase in daylight hours. As we move from ‘The Shape of Water’ with the Sun in the astrological Sign of Pisces to the point of Aries. For the upcoming season is accompanied by a new motion picture in the form of the Vernal Equinox!

Otherwise known as the Spring Equinox, its release date set for around late March. However, usually before a motion picture arrives you might read a review or two, but this Equinox is all about reviewing things itself! So ‘Opportunity knocks’ may be a thing of the past, but this could be something of an ‘opportunity equinox’! 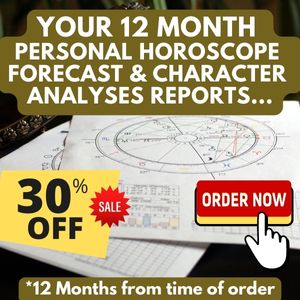 For many may regard the 1st January as the start of a New Year, but the spring or Vernal Equinox offers another chance to make a fresh start if desired, as it represents the beginning of the Astrological New Year. This occurring around the 20th/21st/22nd March each year when the Sun enters the Sign of Aries at 0 degrees, otherwise known as the Vernal Point. This being the point where the ‘phantom thread’ that is the celestial equator intersects the ecliptic in the east, but far from being the ‘beast from the east’, it offers eastern promise.

The Sun’s passage into Aries

As it is regarded as a special time of new beginnings in the northern hemisphere, after the cold, dark and scarce season of winter has passed, making this an occasion for celebration among many cultures. For this is a period of fertility, when new crops grow, ideas sprout and dreams can start to be realised.

The early Egyptians recognised the Sun’s passage into the First Horoscope Sign of Aries as a sacred turning point of the year, positioning the Sphinx so that it pointed to the Sun directly. While, the Mayans referred to the arrival of this new season as the return of the snake serpent, which seems apt as it is a time when you can shed your old skin and anything that is holding you back.

One astrological cycle ends, a fresh one commences

As one astrological cycle ends with the final Zodiac Sign of Pisces and a fresh one commences in Aries. Therefore, used effectively the Spring Equinox is a juncture to evaluate and balance everything, as it is the ‘segway’ between these two cycles.

Subsequently, it seems fitting that the Equinox is traditionally associated with a point of equality between day and night, where we lose an hour but gain more light. For it acts as a point in time when individuals can achieve balance in their lives and may ultimately gain by any loses initially incurred.

So, it is not termed a spring clean for nothing! As many of us may quite literally embark on a spring clean when this date in the calendar comes around, sweeping under those carpets. As well as using this planetary event to bring out into the open any occurrences that previously may have been swept under the carpet or finding ourselves on the red carpet. For the Sign of Aries is not only the first Sign of the Zodiac, but also the First Cardinal Sign, forcing matters out into the public domain. Hence, universal shifts may occur, especially with movements such as ‘Time’s up, ‘Me Too’ and the striving for equality continuing to gain momentum.

The chance here to shape our path

Therefore, individuals may unwittingly find themselves in the public eye under these planetary movements. However, akin to this Equinox being formed by the intersection of the Sun and the Earth’s paths, remember you too have the chance here to shape your path also. For if the Equinox, is ‘the greatest show on earth’, then you are in the middle of the ring and can say ‘this is me’! As Aries is the Sign of the initiator, entrepreneur and creator, governing anything from starting a new project or business to putting together a sport’s team or building something from scratch. For it is a leader in all its form, though this martial energy can also lead to hostile action too, such as outbreaks of violence, instigating a military attack or the filing of a lawsuit. So it is worth remembering that with the initiating spring equinox you may sew the seeds, but by September’s Autumnal Equinox, we will reap what we have sewn!

For with the Spring Equinox the world does actually ‘revolve around us’ and our actions, but the Autumnal Equinox is in the Sign of Balance, Libra. So we can see any reactions to those actions and take into account others, outside factors and relationships in this ‘balancing act’! So as the continuous cycle each year goes from the Spring to Autumnal Equinox, we must remember, it really is an example of ‘what goes around comes around’!