As the nights begin to draw in Britain at least, September replaces the watching of Olympic gold with TV gold, as some British classics return to the small screen. However, these old favourites could be describing the attributes of the astrological Sign of Virgo instead, with ‘Are you being served?’ and ‘In sickness and in health’ seeming key themes this month! Whilst, not forgetting ‘porridge’, especially with a so-called ‘goldilocks’ planetary find and a solar eclipse accompanying September’s arrival, meaning this month begins with ‘lights out’!

Although, strictly speaking it is not completely ‘lights out’, as the annular solar eclipse escorted the New Moon on the 1st of this month, leaving a narrow border of the Sun’s light still surrounding the Moon’s dark body. So, you could say akin to the Olympics, the flame may be extinguished, but the torchlight passed on. This also appearing the case regarding the astrological Signs, as after fiery Leo provided a great ‘bonfire of the vanities’ last month, earthy Virgo appears something of a fire extinguisher, in comparison. As the Sun ruled Sign of Leo’s Full beam turns into a ‘dimmer switch’ this September instead. For there is a definite sense as the month’s proceedings get underway that we have switched to a dimmer level, especially finance wise.

However, intellectually speaking this is generally not the case, as the Sign of Virgo may not be as flashy as its Leo predecessor, but has its own flashes of genius instead arising from its mercurial nature. Although, this month this Mercury ruled Sign linked to the quicksilver element of Mercury too, is moving at a slow sliver, caused by a retrograde period. As last month may have seen a plethora of Silver Olympic medals securing second place, but from the 2nd there is plenty of meddling in place. Due to Mercury in Virgo retrograding until the 22nd when it once again turns direct, but even then its effects still reverberate throughout September’s entirety. For like an Olympic sprinter overtaking despite its best efforts it is only when a Planet surpasses the degree at which it turned retrograde that it can truly outrun this influence and on this occasion it is not until October 7th, when Mercury advances into Libra.

Therefore, similar to the medal’s table, this month’s meddling sweeps across-the-board, not only wrecking havoc with everyday Mercury, like a squatter upsetting the comfortable home of this Virgo Sign, but also upsetting the neighbours. As the Sun, Jupiter and the North Node all find themselves in Virgo’s virgin territory at September’s start. So this quite literally could upset the neighbours and those in your surrounding environment as this falls under Mercury’s domain, as well as the flow of communication and movements, especially in health and work sectors. Therefore, expect uncontrollable elements, from weather and viruses; to spillages and the sea’s treacherous impact; as Virgo is concerned with ridding itself of impurities. Furthermore, with exaggerating Jupiter and the Sun’s heated energy uniting with the karmic North Node, issues could get out of hand, bringing serious repercussions. As witnessed last month when what was termed ‘as the ‘wicked hand of nature’ caused a devastating earthquake in mainland Italy, initiated with the Sun entering the mother earth Sign of Virgo. As well as among other elements, malefic Mars and Saturn combining in Sagittarius at the degree of fixed star, ‘Antares’, renowned as a destructive influence.

Well, this month it may not be exactly ‘mutiny on the bounty’, but there are a bounty of Mutable Planets, forming a challenging ‘tri-athlon’! As Saturn and Mars remain serious opponents in Sagittarius, limiting Virgo Planets further, who already are running in slow motion due to retrograde influences, but their focus remains firmly grounded. While, Neptune in Pisces may provide the swimming portion of this ‘tri-athlon’, but it too finds itself doing a backstroke as it also continues in retrograde mode and squaring to Saturn. Whilst, you might say the cycle segment of this ‘tri-athlon’ is supplied not only by this month’s retrograde Planets, but also by the eternal backward journey of the North Node, emphasising a return to the same cycle of societal patterns in need of addressing. As resources, moral, legal and safety issues around foreign travel and migration keep arising, as well as concerns over the environment, health matters and services.

Although, on a positive note, the 1st of Septembers Virgo New Moon and Eclipse is the forerunner to change, bringing new beginnings, especially regarding nature’s mysteries, as new discoveries are made, perhaps regarding the Zika virus and mental health issues illuminated. Therefore, in the UK at least, there could be some headway in resolving the train and junior doctor’s disputes, but this will not be without challenging negotiations. For like train delays, this retrograde period brings its fair share of stalling, mix-ups and miscommunications.

Further a field Iran’s and Russia’s finances, along with North Korea’s status are inflated by this month’s lunar activity and L.A is highlighted, as China, Palestine, Egypt and Mexico find it more testing and Canada revealing. With the finalising Full Moon and Eclipse in Pisces and it’s testing square to Mars on the 16th, underlining setbacks at NASA, a boost for Manhattan, but unclear activity in the U.S in general, possibility linked to firearms. As this Piscean luminary is strongly tied up with tyranny and anarchism, though the positive outcome can produce works of great artistic merit and resolve suffering and persecution, aiding the refugee crisis. For like the Piscean fishes’ scales, this Eclipse accentuates scaling back, reinforcing the Virgo sentiment of requiring only what is of value and service.

This followed through as Planets advance into airy Libra this month, as Venus already resident there is joined on the 9th by Jupiter and the Sun from the 23rd. As the Sign of the balancing scales weighs up matters further, particularly legal discussions, as ‘Brexit’ implications continue, but with Aries Uranus and Capricorn Pluto both still stagnating, progress is staggered, until the 27th when Mars enters Capricorn along with Pluto which has been in residence for some years, and which simultaneously turns direct. Therefore, shifting the focus from foreign conflicts to exposing the ramifications of state and group enterprises, as tougher legislation and intervention is required.

Although, Jupiter and Venus at home in Libra can put diplomatic relations on a more harmonious scale and new marriage legislation is likely, but conflicting Cardinal Planets may see some countries opposing democratic rights and freedoms. As Russia, the Ukraine, Germany, Laos, Poland and Czechoslovakia undergo turmoil this month. While, St Kitts, Armenia Brazil, Guatemala, Malaya, as well as Swaziland, Mali, Nigeria, Syria, Belize, Switzerland and France are also starred this September. However, the fair and sharing Sign of Libra hands the baton over to Scorpio, as September closes, as from the 24th Venus is concerned with mutual money matters. So this September moves from gold, silver and bronze, to pearls of wisdom, but not without a little grit. Good luck!

Monday to Wednesday sees the Sun in Quincunx with the North Node in Cancer. The issue here is that the Sun in Aquarius is asking us to... 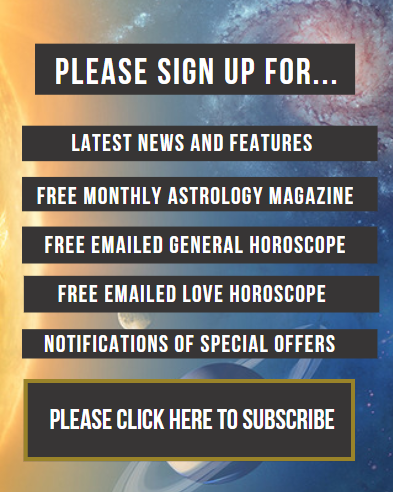