It is often said that a good Chess player anticipates movements, always mentally several moves ahead of their current position. Well, the same could be said of a good Astrologer, observing planetary movements and anticipating their possible impact before they occur. So with this in mind, the month of July much like a chessboard offers plenty of squares, but events seem more chequered than black and white!

However, as July begins it is not bishops and knights at play, but the Cardinal instead. For this month commences with the Sun steadily progressing through the Cardinal Sign of Cancer, directing focus towards the home front in all senses. So, the emphasis is not so much on kings, but more of their castle as the month gets underway. This not only referring to actual properties and issues of land, but also our idea of home, as the Water Sign of Cancer also governs nurturing and emotional ties. Therefore, family and all domestic living arrangements, as well as our roots and heritage are spotlighted when the Sun inhabits the caring Sign of Cancer. Hence, after the Sun and Mars entered Cancer last month, we witnessed the legalisation of gay marriage throughout the U.S, aided by Saturn’s final visit in Scorpio, concluding previously unresolved affairs. Although, the ramifications of this decision will continue to be experienced throughout July, as something of a backlash arises. This heightened by this Month’s Moon activity, symbolising opposition to changing ideas in the U.S, national identity and everyday relations.

While, in terms of the UK, the appearance of the Moon this month seems to denote a more stabilising effect, finalising home concerns and providing a feeling of renewed control and status overall. This not only in regard to home-buying and taking that first move onto the property ladder, but also the concept of home as a fortress and who we choose to let in. As by the 16th we should begin to see some settlement in reference to immigration and EU dealings, when a New Moon arrives in Cancer and solutions with the 31st’s Full Moon in Aquarius. Though, up until this point, advancement may seem more stalemate than checkmate, as although the 2nd brings us a reconciling Full Moon in concrete Capricorn, its presence forms jarring aspects to other existing Cardinal Planets.

For it is at odds with the Sun and Mars in Cancer and incompatible with Libra’s North Node and Uranus in Aries. While, even Pluto also resident in Capricorn offers little positive reinforcement, due to it still remaining in retrograde motion throughout July. However, on the upside these clashing activity driven Cardinal Planets may cause some vigorous debate, but unfortunately that is all it is likely to be, as reaching agreement will appear impossible. Instead, this Cancer crab may feel like retreating to a rock-pool for the first half of July, as challenging planetary aspects joined with the heat from a united Sun and Mars create an atmosphere of over-exhaustion and frustration, as the pincers are out and a general feeling of crabbiness reins.

So be prepared for ructions within the family environment, although they will not remain contained within this domestic arena, as with the Moon and Pluto facing opposition, it seems possible changes within government are generating upheaval. As hidden aspects regarding benefits and regulations are exposed once again, disclosing long-term expenditure and planned payment cutbacks. For the Cancer Crab may attempt to sidestep addressing these issues, but other hostile Planets bring them to the forefront, especially from the 9th when everyday Mercury crosses from Gemini into Cancer too. This transition also putting the topic of childcare and early education high on the agenda, as a need for extra resources and added help with childcare costs is raised, accentuated by the 16th’s Cancer New Moon. While, a retrograde Neptune lingers over the unaddressed needs of those vulnerable and with addictions. Added to this, Saturn makes its finale in the Sign of Scorpio, so this Cancer Crab may find itself unable to sidestep problems at this time, finding itself literally ‘stuck between a rock and a hard-place’. For Saturn’s parting performance demands previously unsolved concerns are clawed through, particularly relating to the Scorpio domain of shared monies.

Whilst, this Scorpio Saturn transit also presents a further sting in its tail regarding abuses of power, as its swan song initiates some type of closure on previous child abuse revelations, as better protective legislation and family value initiatives are brought to the table. The topic of children remaining a priority all month, reinforced by Venus and Jupiter residing in the childlike Sign of Leo and further strengthened with the Sun moving into Leo from the 23rd. However, with Saturn at loggerheads with Jupiter as July draws to a close, passing legislation could prove tricky. Meanwhile, outside of the legal process, this planetary formation may spark further adverse events involving children. For Saturn in the last degrees of Scorpio can prompt violent proceedings whether manmade or environmental, as last month’s terrorism demonstrates and its presence will be felt until Saturn advances into Sagittarius in September.

So this month, Nigeria and South Africa as well as U.S congress may experience turmoil from these planetary movements as disorder seems likely. Meanwhile, within Europe; Germany, France and the UK look set to undergo upheaval. Also in the spotlight is Latvia, the continuing situations in Greece and Italy and further afar Cape Verde, the Ivory Coast, Peru and the Solomon Islands. With Malawi and Somalia also starred. Although, the favourable side of these planetary configurations sees pleasurable pursuits take prominence, as advances are made in areas such as on-line entertainment and the buzz and congestion of plenteous summertime events such as Wimbledon takes centre-court.

So like that game of Chess, following the rules seems necessary this July, as the Cardinal rule is the Cardinal rules the first half of July. With the Sun in the feminine, Moon ruled Sign of Cancer; instinct governs proceedings, especially with the unusual visitation of three Moons this month. However the latter half of July, sees the jungle King in play, as the Sun travels into the masculine Sun ruled Sign of Leo, ego driven behaviour dominates. So this July you literally get the Sun, Moon and the Stars!

This week's Pisces Full Moon is a call to action to balance our spiritual and physical worlds. With Venus and Uranus in opposition,...

There can be distractions this week, but if we can really focus on what is essential, the chance to gain real traction is possible. Mars...

This week's Virgo New Moon is a fantastic opportunity to refresh our approach to many practical strands, and in so doing embrace some...

As we enter the last third of yet another momentous year, join me to get an early inside track as to your opportunities for progress for...

Fleet footed Mercury moves into Libra, joining with Venus the sign's ruling planet. By the week's end they both forge glorious links to... 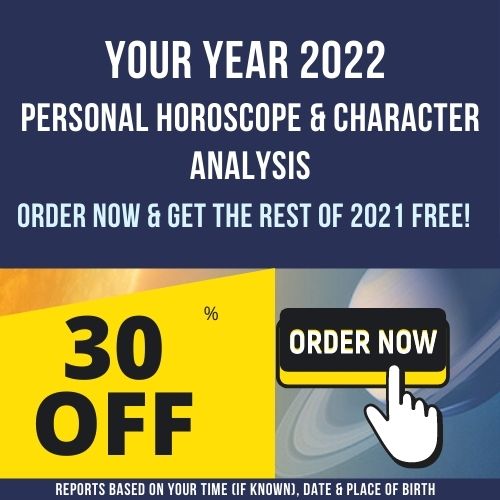