2016-03-03T00:00:01Published: Tuesday, 8 March 2016
by Patrick Arundell
, contact Patrick on Facebook or Email.
With Adele's meteoric rise to fame, 2017 is set to be a great year seeing her already winning numerous awards, lets look at her personal Horoscope... 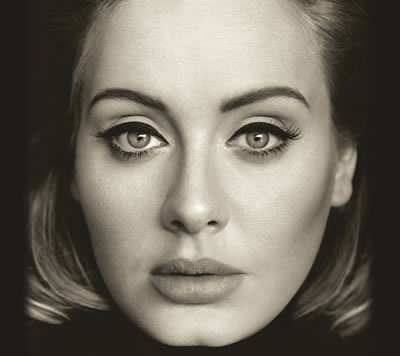 Adele Laurie Blue Adkins was born in Tottenham, London on May 5th 1988 and is a Sun Taurus. What's so unusual about Adele is her meteoric rise to fame. She finished at the Brit School For Performing Arts And Technology in 2006 and was given a recording contract the same year after a friend posted a sample of her singing on her MySpace page. In 2007 she won the Brit Awards “Critics Choice” award and in 2008 her debut album “19” was released. So far it seems she can do no wrong as her trajectory continues onward and upward. She has since released two more albums “21” and “25”. And, with millions of album sales and a personal fortune currently estimated at £150 million, there seems to be no stopping her. However, she says she also owes a lot to her current partner Simon Konecki for his unconditional support. They have one child, a boy called Angelo, born in October 2012.

Adele's Horoscope has several interesting features, but perhaps the most noticeable and personally satisfying for her is her Sun Jupiter conjunction in Taurus. This can potentially bestow great fortune. This influence is opposed by Pluto in Scorpio though, which is likely to make her rather driven. With Taurus ruling the throat, many Taurus people are known for their wonderful voices, whether for singing or talking. And in her case having Jupiter involved in the mix, she has not only found her vocation but is very successful too. Also, Adele's Sun Jupiter conjunction is in the 3rd House of communication, which is perfect for her career as a singer/songwriter. Having Pluto in the picture though, reveals she is likely to feel under a lot of pressure both from herself and others which she’ll need to handle carefully.

Other helpful influences are her natal Mercury and Venus in Gemini - wonderful for personal expression and which both support her ability to share her message convincingly. Her Moon in Sagittarius opposes Venus, ensuring that she enjoys an international following and plenty of travel too.

Her Ascendant is in the sometimes innovative Aquarius along with her natal Mars in the 12th House, making her very personable and very much an individual, yet someone who is likely to enjoy her own space. As if to echo this she has a Saturn Uranus conjunction in Capricorn in her 11th House of friends and community, which suggests that she can be both gregarious and very private when necessary.

A peek into the coming twelve months reveals that Adele has transiting Saturn moving through her 10th House of career and conjuncting her Midheaven (how she is viewed by the world at large), which can often coincide with a time of greater recognition and honours. So far during 2016 she’s received a number of high powered awards at the 2016 Brit Awards, and her latest world tour “Adele Live 2016” has had amazing ticket sales, with tickets for certain venues sold out in minutes. However, after she has finished her tour in November 2016, which involves 105 shows, Saturn’s conjunction with her natal Moon in January 2017 suggests she’ll be well ready for a break in order to refuel and relax.