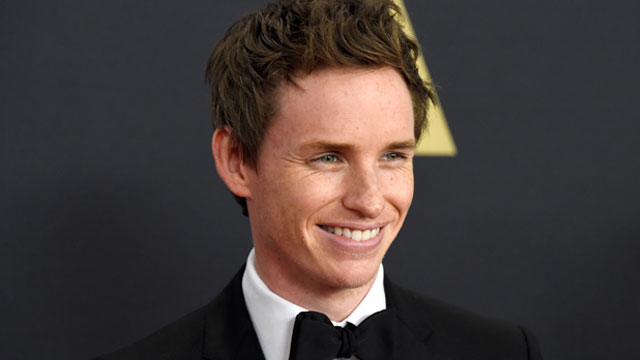 Eddie Redmayne was born on January 6th 1982 in the City of Westminster, London, no known time of birth - making him a Sun Capricorn. However, the immediate impression one gets from studying Eddie Redmayne's horoscope chart is the strong Libra focus, with Redmayne working as a model for Burberry, before becoming a full time actor. Indeed, an almost exact trine between Venus in Aquarius and Mars in Libra gives him flair and a unique sense of style. In addition, he seems very accepting of both his masculine and his feminine side and equally at home expressing traits of either gender, which not only augments his acting skills, but adds a very warm, caring and charming quality to his persona.

Another important influence is the transformative Saturn Pluto conjunction in Libra, encouraging him to involve himself in challenges which most people might tend to avoid. With Saturn being the ruler of his Capricorn sun sign, this trait seems to play an especially important part in his life.

The Theory of Everything

We only have to look at his last two major films to see evidence of this. In the first, for which he won an Oscar and many other awards, he starred as Professor Steven Hawkins in The Theory of Everything. He was so determined to get this film part he chased it quite aggressively to beat off stiff competition - being, as director James Marsh reveals, ravenous for it. The movie portrays Hawkins as a PhD student in the 1960s through to the 1980s and beyond, and the progressively worsening symptoms of his motor neurone disease; how they affected him and his life. His portrayal was so convincing that the real Professor Steven Hawkins thought he was watching himself.

The second film in which he starred was The Danish Girl, a true story about Einer Wegener, a painter in the 1920s and one of the first people to receive gender reassignment surgery; again, another very challenging part - and one that he succeeded at admirably.

Concerning another very Libran trait, an appreciation of relationships, he says that the best thing he has ever done was to get married. He married his partner Hannah Bagshawe in December 2014 and they are now expecting their first child together.

While Redmayne’s horoscope also describes someone who has the ambitious and very hard-working qualities of a Sun Capricorn, it is fascinating how much raw emotion his acting seems to generate for someone who has a plethora of air signs in his chart. However, this can be attributed to his having Jupiter in Scorpio square Venus in Aquarius, which enables him to tap into a reservoir of feeling and draw from it exactly what’s needed to play his parts successfully.

Over the coming year or so he looks set to challenge convention once more as transiting Uranus opposes his natal Saturn three times. His next role could be an invitation for his audience to explore with him issues that could give much food for thought.