2015-12-04T00:00:01Published: Wednesday, 2 December 2015
by Patrick Arundell
, contact Patrick on Facebook or Email.
The Moon resides in Virgo today, ordinarily a fine location to try and take on the confusing vibe that Neptune is asserting just now. The trouble is, Neptune can blur the Moon's usual precision too, so we will need to stay alert. 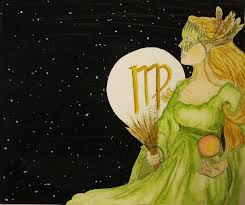 The Moon resides in Virgo today, ordinarily a fine location to try and take on the confusing vibe that Neptune is asserting just now. The trouble is, Neptune can blur the Moon's usual precision too, so we need to stay alert.

Fortunately, the Sun and Mars are broadly helpful today, and though Mars in Libra is in detriment, generally with a real determination, we can crack on with what is essential, as long as we know, that sometime today, something or someone can prove confusing. For your FREE Daily Horoscope Wednesday 2nd December 2015 please see below...

If you want to accomplish all your tasks, it's one of those days when you can become more aware of the need for complete efficiency. Indeed, the Moon in disciplined Virgo can see you reviewing your recent efforts with a far more critical eye. Perhaps this is really about prioritisation though Aries and essentials should come first.

While everything has a time and season you may be getting tired of a routine that can be somewhat unforgiving. This could in turn see you lingering over a hot drink, deep in thought. Now and over the rest of this week, you might want to explore this possibility further by giving yourself a chance to indulge your imagination.

Does it seem like a certain somebody always seems to have too much to say about your life? If so, this could be increasingly tiresome. If this runs all the way to being overly critical, you may wonder whether you need some time out. Another trusted friend's perspective could prove invaluable in helping you through this.

As the Moon ties in with the disruptive Uranus/Pluto connection you may find it difficult to settle, particularly if you hear news that makes you feel on edge. Try not to let your mind wander along unproductive paths Cancer, as this certainly won't help. Instead, ease off the accelerator if you can and create some "you time".

With the lovely soothing energies of Venus in your zone of communication for near to the last four weeks Leo, you've shone around reaching out to others. Even so, as the ardent Mars moves to clash with the calculating energies of Pluto, negotiating with one person could now prove very difficult - unless you offer something they desperately crave.

The stars hint that a certain person could prove more difficult to handle than usual if they insist they're right - which could be extremely frustrating. Just be sure that it's not you who is about to take on a more might is right approach. Generally people can become more prickly now, fortunately your word skills will be boosted from Saturday.

There's a good chance you're feeling community minded, which might spur you on to mingle and get involved in any seasonal activities or gatherings. Just be conscious of committing to too many things at once. Use a little discrimination Libra, in order to avoid spreading yourself too thinly and don't be fearful of saying no.

Your two ruling planets of Mars and Pluto go into battle now which could see you jump to hasty conclusions - unless you can reach a balanced view of a situation that has you riled. Indeed, you might find yourself acting much more impulsively. Taking time to be more considered will more likely see you do and say the right things.

A midweek outing can be just the thing to buck you up, especially if the heavy weight of the recent Sun Saturn conjunction has sapped your spirits. A pick-me up in the form of some pleasant company and good conversation might be just the thing. Such a change of scene can also prove to be genuinely revitalising, Sagittarius.

It can be a very demanding time of the year, and perhaps especially if you have young children. It's not easy to "chill out" as we please, but even half an hour out of your day can gift you with a fresh perspective concerning any major hopes. Letting your shoulders come down and breathing can be very restorative.

Though certain people may have asked a lot of you lately, chances are you'll have gained kudos in your social circle or community for the efforts you've put in. However, if instead you feel "fenced in" by life's pressures and demands, an explosive Mars/Pluto angle suggests a sense of injustice could suddenly erupt from the depths.

As December becomes established so you can find yourself revved up to show that you do have what it takes to make positive progress with a career plan or key ambition. Although you may have wondered if some of these have been worth the hassle of late, now you can be more open to the upside and what benefits it can bring.

Talkative Mercury aligns with trendsetter Uranus which can bring some innovative ideas and solutions into the mix.

As prudent Saturn squares off with electric Uranus powerful forces may be set in motion that could push us to make a major decision.

The Sun in Gemini squares-off with impressionable Neptune in Pisces which can mean that our energy levels dip.