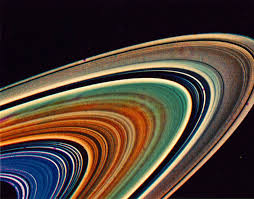 The Moon gets deeper into Aries today, and later on forges a fine link to Jupiter and also to Uranus. This can make for a day of restlessness but not necessarily in a negative way, and can spur us into action.

However, there can be some tensions, especially around any desire to do our own thing with what others expect of us but this will emerge more in the evening hours.

Venus remains broadly in opposition with Saturn however, and this means all sorts of ties and intereactions can continue to be more sombre or stitled. Affections can feel blocked or more serious. On the upside, Jupiter and Mars continue in a square and whilst this aspect can lead to hubris, and over optimism, it can help to balance out Saturn's more dour impact.

Now that Venus has moved into the part of your situation to do with everyday communication, you may have expected to charm and beguile people. But the last few days has probably coincided with some rather more muted vibes. Therefore, it's going to be important to express yourself with care and consideration.

There may have been a sense that your finances could and will improve this week, but other people may have had something to say about your spending decisions, or made some kind of claim on you themselves. The stars today and tomorrow ask you to hold tight before committing to any more expenditure.

You can certainly find yourself in demand, but just because people want to spend time with you it doesn't mean it shouldn't be a two way street, and therefore this can see you trying to keep several people happy. If you spread yourself too thinly, it may lead to resentment. In fact, a weak tie could end altogether.

In all sorts of relationships, professional or personal, little issues which have been unspoken or bubbling away under the radar could become more bothersome. This is not a good time to take people for granted. But then it may be you who starts to feel more dissatisfied if things aren't quite as harmonious as you'd like.

You may well find yourself drawn towards someone new, and in fact, this can prove to be quite a compelling draw in the next few weeks. However, that doesn't mean that you will mesh automatically well with anyone different you start talking to. It may take time and patience to forge a truly meaningful connection.

People often experience you as being capable and caring. However, are there some occasions when you want to control things just that too much? If so this could have a negative impact on you at home or at work, where no amount of charm on your part can placate someone who feels you're trying to get your own way.

You have a reputation for being uber aware of other people's feelings and this can make you a fine communicator. However have you found that this week, things have not run quite as smoothly? If so it may because the real message you need to make is more serious, and if so, don't hold back from sharing it.

That most passionate side of your nature is rarely far from the fore, yet it may not have been reciprocated as sweetly as usual this week. Perhaps circumstances are part of this, or do you need to lower your expectations? Mind, once you do, things can actually get a lot better, and sooner than you might imagine, Scorpio.

You might not feel very amenable today and it could be hard to pin point exactly why. Perhaps this mood of feeling out of sync with anyone you care for has been running on for much of the week. Generally you can have a more sombre view of the closest involvements that you have. Try to retain the bigger picture to deal with this.

Has someone been keeping a secret, and might that someone even be you? If so this may have been difficult to keep under wraps at this time, one when your mind set may have been more down beat than usual. It's the same if someone has asked you to keep something to yourself; it may seem something of a burden.

The vibe around your friendships has been ever so slightly altering since just before Christmas last year. You may have noticed that some of those who had been real rocks for some time may not be so present or so important going forwards. This week may have seen some more changes, but new players will emerge in time.

If you have been trying to make some decorative changes to your home this week have you found it a bit of an uphill struggle? I mean have others in the house or family been unhelpful, moaning and generally being awkward, or have you found a trade's person has let you down. Hang on, things can improve soon.

As delectable Venus aligns with disciplined Saturn we may be ready to liaise with others to make plans, get organized and get things done.