2015-08-02T00:00:01Published: Monday, 10 August 2015
by Patrick Arundell
, contact Patrick on Facebook or Email.
If we can combine our talents and creativity, with hard work and attention to detail, this can be a week of real progress. Join me for more... 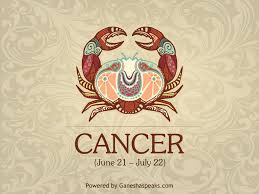 If we can combine our talents and creativity, with hard work and attention to detail, this can be a week of real progress. An earthier dimensional, is set to sparkle in the heavens, but we shouldn't let this pulverize our passion.

Today specifically the Moon moves from Gemini, and into Cancer. So, as the day goes on, we are encouraged to tune into our instincts and our senses, as much as logic. However, with Venus still square Saturn, some relationships may try our patience. For your FREE Daily Horoscope Monday 10th August please read below...

A bright and breezy start to the day is possible, and you can feel full of extra vim and vigour, now that your ruler Mars has moved into the most energised part of your situation. The next six weeks can see you exuding a greater self-confidence and no little sex appeal. Later today, you can also be more productive domestically.

Mercury is helping to revive your more expressive side, and linking with the Moon in Cancer later today can see you put points of view across really skilfully. Any plans that you've had to transform your abode in a practical way, can also pick up speed. You may even contemplate a home based creative or business venture.

Venus remains under the influence of stern Saturn and also continues to reverse. So despite your reputation of being one of the zodiac's most skilful communicators, it is going to be important that you're not careless with relationships or take other people for granted. A touch of sensitivity and humility will work wonders.

Your mental capabilities are set to step up considerably this week, and you may find yourself contemplating a fresh intellectual challenge, or learning some new skills. If you can use any you have already in a more productive way to increase your income, this can also motivate you to expand your knowledge.

You can roar into this new week, feeling that your energies have really been revitalised, and you would be absolutely right if so. The powerful Mars is going to be with you for a further six weeks, and this is going to give you an awful lot of determination and extra willpower. However romantically, someone may seem cooler just now.

With Mercury beginning to get established in your own sign, one of the areas he influences, a project which is been working its way round the back of your mind for some while, can now come more to the fore. In fact, this is a week when you can start to feel much more optimistic about your own individual hopes and aspirations.

Someone is going to prove to be a really positive ally in the weeks to come, but that doesn't necessarily mean that they're going to be particularly obvious about it. Group dynamics or politics suggest that hints or nudges will come your way as much as any clear-cut message. It's down to you to watch out for these.

Later today the Moon and Mercury merge in the most helpful of ways to you. This can see you respond to someone socially in just the right way. What's more complex, is a relationship with someone professionally. Perhaps you've got on well in the past, but you can sense a little bit of a reserve between you at present, Scorpio.

Mars has arrived in the area where he can provide the biggest boost in terms of your natural love of travel and adventure. Now your circumstances may mean that you can't just go haring off wherever you want, but certainly in the next six weeks some kind of escapism, change of scene or new challenge, can work wonders.

Early on today the Moon is encouraging you to be on the ball around everyday chores and issues. But as the hours wear on I think it's going to be your interrelations with others that really start to sparkle. And someone's unique view of a situation, yours or there's, could prove both entertaining and rather illuminating.

The demands of life, responsibilities or even your own need for a certain degree of detachment may have seen your romantic outlook alter quite considerably over the last month or so. However, by this time next week things could be feeling very different, and you could surprise yourself by how much more amorous you can feel.

With Mercury sparkling in your opposite sign, this is encouraging you to listen attentively to what others say. This encourages you not to take differences of opinion personally, and actually see that agreeing to disagree can be one of the strongest things of all. Indeed, a very valuable time for relationships in general, is shaping up.

The Sun's harmonious angle with maverick Uranus can be a liberating force that inspires us to move beyond our limitations.

As fiery Mars makes an easygoing angle to empowering Pluto we might feel as though we can accomplish anything.

The Moon in caring Cancer aligns with revolutionary Uranus, bringing some interesting memories and experiences to light.

Dealmaker Mercury turns direct from today after its three week retro phase, so delays and frustrations should now begin to ease.