2015-05-07T00:00:01Published: Saturday, 2 May 2015
by Patrick Arundell
, contact Patrick on Facebook or Email.
Born on Saturday 2nd of May in London 8.34 AM, Britain's newest Princess is a Taurus, sharing the same Sun sign as her great-grandmother, the Queen. Join me for her FREE Natal Horoscope Personality Analysis... 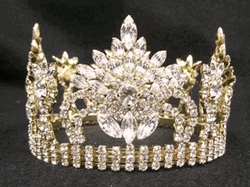 Born on Saturday 2nd of May in London 8.34 AM, Britain's newest Princess is a Taurus, sharing the same Sun sign as her great-grandmother, the Queen.

Her Cancer Ascendant bestows genuine magnetism in its combination with the Sun in Taurus, and tellingly is the same Sun sign of William and Princess Diana. This gives this little royal tremendous sensitivity and compassion but a real tenacity around the causes and people that she will hold dear. The family will also be at the root of all happiness in this child's world.

A Princess in every way

This Princess is certainly not going to be lacking in personality. In fact the combination of the Sun in Taurus and the Moon in Libra can make for one of the most likeable and sparkling of all Sun Moon combinations. The naturalness that her mother Catherine brings to "meeting and greeting" is going to be something that she readily understands and reflects herself.

In keeping with the more easy going, and informal approach of the Cambridge’s, this little girl will have a fantastic appreciation of the arts, and will be very positive and creative. This positivity is in part because the Sun is squaring with the happy-go-lucky planet, of Jupiter. This aspect or planetary angle also points towards a very friendly and highly generous personality, with oodles of star quality. It is almost certain that good deeds and interest in charitable organisations will be highly motivating part of this person’s future activities. Though this is often the case with Royal subjects, this is going to be more on the scale of her Paternal Grandmother, Princess Diana.

However, there is a more serious side to this child, for with Mercury the planet of communications in a direct opposition with Saturn, she will probably be happiest spending time with the people closest to her and may find some of the expectations of the role and Royal life somewhat demanding. This can point towards either shyness or feeling strain with too many expectations.

There is also a square between Uranus and Pluto, pointing towards the ever changing role of modern life, and how the Royals themselves may have to keep reinventing themselves to fit in with how Britain and society as a whole is likely to change away from more traditional modes, to more contemporary ones. But any little slice of rebelliousness will be quelled by the location of the Moon in Libra, which bestows a lovely balance, and harmonising side to this person’s interactions, which is further boosted by a glittering angle between Venus and the Moon. This bestows great gentleness and emotional empathy towards others. This will also further any interests in the arts, which are likely to be considerable.

Mars also links fabulously well with Venus, boosting the beauty principle and bestowing no little sex appeal. This Royal will have a keen sense of fashion and trends not perhaps unlike her mother and Princess Diana before. The Taurus principle will be very strong in this Princess with both the Sun and Mars located in this sign, giving a steady, caring and quietly determined personality, one which will understand her role, and do her very best at all times for the "firm"