2016-01-07T00:00:01Published: Saturday, 16 January 2016
by Patrick Arundell
, contact Patrick on Facebook or Email.
Today's Quarter Moon occurs in Aries, and it kind of reinforces the 1st/10th House Axis which has been so to the fore this year, and beyond. So what does it mean? 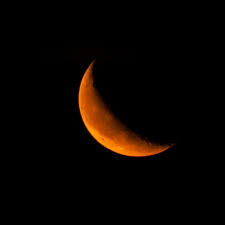 Today's Quarter Moon occurs in Aries, and it kind of reinforces the 1st/10th House Axis which has been so to the fore this year, and beyond. So what does it mean?

Well, essentially that the desire for us to be individualistic and personally resourceful can clash with the established order or the way that people in positions of influence or authority want us to do things. If you want to make to the figurative boardroom, play be the rules. For your FREE Daily Horoscope Saturday 16th January 2016 please see below...

Because of the critical nature of present influences it may be best to keep a lower profile for the time being. However, if there's no way to do this then be sure to play your part impeccably so as not to draw attention to yourself or warrant criticism. Impressions, first or otherwise, are just as important now as they've ever been before.

Although the alignment between the Sun and Jupiter can amp-up your confidence regarding a scheme you're involved with, other factors indicate that you should exercise some caution and perhaps even consider putting it off for the time being. What you don't want to do is create an expectation that ultimately becomes a burden to you.

Feelings of stability, though sought after, could be somewhat elusive - even if you're working hard to pare down debts or to secure your future by investing in your home. Might part of this be Gemini, that you've been prone to change your mind and to get excited about other ideas or go off on tangents before you've made progress?

Today's Quarter Moon needs careful handling, especially when interacting with those who are truly important in your life. It might even help to let them take the initiative. This will reduce the chance of any unnecessary dramas. Be watchful of a tendency here to do your own thing, when consulting with an expert may be preferable.

If you've felt under a lot of pressure recently, then it might seem to increase and perhaps persist over the next few weeks. Therefore, it would be understandable if you hanker to let off a little steam, especially with this being the weekend. With Venus also whipping up a desire to splurge, shopping could well be one of your outlets.

Whatever you're planning, don't expect instant results Virgo. You may have noticed this tendency showing up on occasions over recent times, and present influences suggest this can be to the fore once again. Instead, try to stabilize and anchor your energies by rooting them in actions which can bring long term results and benefits.

Though the traditional roles within the family structure may ensure security, the influence of a partner or other family member could seem to threaten your sense of stability. While you may have felt unsettled for some time, things can come to a head now and over the coming weeks. Yet however pushed, refuse to rush a change.

An ongoing discussion could make you aware of possibilities that you're quite excited about. Even so Scorpio, this isn't the best time to make that first move. You may have great intentions, but unpredictable influences suggest you may not be able to follow through. Bide your time for now. Emerging information may yet encourage a change of tack.

An opportunity may seem too good to miss and could be the reason you're keen to go for it. However, present influences include the potential for a charm offensive whereby you may be hoping to suitably impress. Even so, where your reputation is concerned it's best to understate rather than overstate or someone may judge you are insincere.

Avoid taking someone's remarks personally and especially if you're very close to them. While this is easy to say though, it might not be so simple in practice. With a skittish blend of energies ongoing you might be better to balance your needs, with those of others. It's a compromise, but one which it may be best to make.

You could feel ill at ease due to the weight of unresolved issues, with the present planetary backdrop adding to any tension you feel. However, Mercury in your sector of the subconscious mind is perfectly placed to help you make progress. Indeed, its tie to Jupiter can see your efforts in this direction rewarded, if you persist.

Others in your social circle may have agendas that run contrary to your plans, which could cause friction. However, if you were hoping to get out for some light entertainment, then fitting in with their ideas may not be so bad after all. If you do make the effort, delightfully, someone may go out of their way to indulge your every whim.

Venus in Virgo aligns with Uranus in Taurus, encouraging us to indulge and enjoy any spontaneous happenings.

The Moon in Gemini faces-off with Mars in Virgo which can make us irritable. And it may be the small things that get to us the most.

Mercury in Leo opposes Saturn in Aquarius which can encourage us to pay more attention to our inner critic and it's negative bias.

Today's Quarter Moon in Taurus can encourage a change of pace. As this is the last Moon phase before the New Moon it is an opportunity to tie up loose ends.

The Moon enters Taurus which can leave us feeling calmer and perhaps more attuned to our body and to the earth.

Racy Mars opposes expansive Jupiter which can boost our self-belief and inspire us to go for things that might usually seem daunting.

Jolly Jupiter moves back into humanitarian Aquarius as it continues its rewind phase, so we may be keen to connect with others on our wavelength.