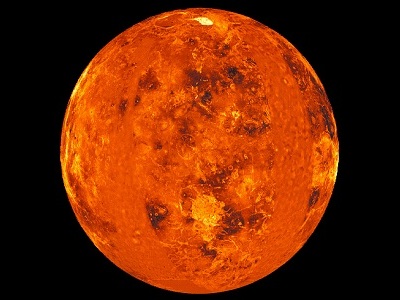 However, in this location perhaps, what we all need to guard against is setting our expectations rather too high. It's also possible that we can find ourselves revisiting previous decisions around our love lives, and analyzing what unfolded rather more.

However, Venus's retrograde can also help us to think more deeply about what we want. Yet people who have Venus retrograde in their Natal charts often never marry, or forge partnerships, or if they do they tend to do it later in life, and be more serious about this important area. For your FREE Daily Horoscope Saturday 25th July 2015 please read below...

Today has potential for fun, good communication and great company, although there may be minor irritations to cope with. Perhaps a friend's dilemma or a broken promise causes you to feel let down. On another note, a more serious influence encourages you to take stock of relationships and key financial matters too.

A pleasant focus on your home zone suggests domestic affairs seem fairly upbeat. Even so, the Scorpio Moon and its link to Pluto could see you keen to make a breakthrough concerning a vitally important relationship. As Venus enters its retro phase from today, inspired insights could help you out with this.

Surprising news gets the day off to an interesting start, even if your routine unravels in the process. Yet, a change of plan might not be so bad, if an exciting opportunity shows up as a result. In addition, you might have a better time if you say no to certain requests - as you need the chance to unwind and recharge.

Mars in your sign makes an edgy aspect to Uranus today, bringing a note of tension to certain activities. However, it could act as a wake-up call, encouraging you to forge ahead with a plan that you've delayed for too long. Later, feelings heat up due to a Moon Pluto connection, adding a spicy touch to the evening ahead.

With the Sun and Mercury newly in your sign, you'll be keen to tackle key goals and projects. Even so, it's best not to rush into things too quickly, particularly if there's money at stake. Venus turns retrograde from today, so it may be best to look into the costs and to tread with care for now to avoid wasted resources.

Today's Mars influence suggests you might not see eye to eye with a friend. However, though you may have different opinions on the surface, it's possible you have more in common than you realize. Even so, as Venus regresses from today, you'll begin to see key relationships in a new light, including this one.

Today's Mars Uranus connection suggests certain plans may be disrupted by someone you thought was on your side. Whether it's on purpose or not, you'll be justified in letting them know how you feel. Plus, as Venus begins its backward dance from today, you might have second thoughts about this friendship.

A very invigorating, motivating and enterprising energy shows up today, that encourages you to get a move on. If you've been somewhat complacent regarding a project or bold idea, today's lively alignment could see you snap into action ready for takeoff. Even so, a little planning can make things so much easier.

You may be tempted to question your faith in an idea, particularly if you're hoping to get started as soon as possible. It's best not to gloss over important details in your haste to get on with it though, as doing so could mean extra expense. Meanwhile, a certain someone seems keen to liaise with you concerning a fun option.

Someone's eagerness may lead them to be a bit reckless, so do what you can to prevent this person from being led astray by well-meaning but misguided friends. Later, Venus, your romance and creativity planet turns retrograde, so it's best not to commit to a relationship or financial plan just yet. Bide your time for now!

If you're feeling in need of excitement, try a new routine and do something a little different. Think about pampering yourself with a spa treatment or massage - or, connecting with friends over a coffee and a meal. On another note, be open to getting advice from a significant other, particularly if an issue has you stumped.

Being magnetic, you're likely to get noticed now, which could translate into recognition from an actual or prospective employer - or even being asked out on a date. Anything new and somewhat unorthodox could have appeal today. In addition, a resourceful approach when dealing with a problem could see it quickly resolved.