2015-11-01T00:00:01Published: Sunday, 22 November 2015
by Patrick Arundell
, contact Patrick on Facebook or Email.
The Sun plays catch up with Mercury and roars into Sagittarius. Being a fire sign, the Sun is very happy in the sign of the Archer, though this year its journey will be more complex. 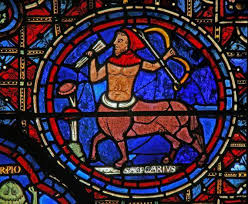 The Sun plays catch up with Mercury and roars into Sagittarius. Being a fire sign, the Sun is very happy in the sign of the Archer, though this year its journey will be more complex.

Why? Well, immediately a surge of energy will be felt  but by the end middle of next week, the Sun will start to be affected by the waiting Saturn and the square to Neptune. Until then, enjoy a sense of liberation after the intensity of Scorpio. For your FREE Daily Horoscope Sunday 22nd November 2015 please see below....

The Moon in your sign can trigger a rather impulsive spark with Venus and Uranus, with potentially intriguing repercussions. Perhaps words you've been storing up to share at just the right moment will truly tumble out. Then again you may find yourself flirting outrageously with someone you encounter, and really fancy.

An awkward relationship or bad habit could come to an abrupt end, leaving you feeling much better as a result. If so, it's not necessarily going to be anything you have planned meticulously in advance, more a random mindset. In fact, this may be one of those days when events force a decision, one way or another, Taurus.

The Sun's move out of the depths of Scorpio and into the lighter more vibrant energy of Sagittarius can feel like a rebirth. Having worked hard these past four weeks to restructure and rebuild your routines and lifestyle, now relationship matters come much more sharply into focus. A more competitive streak can emerge too.

Though the urge to be bold might be strong today, any impulsive moves may be tempered by the Moon's alignment with the thoughtful energies of Saturn. Indeed, this astral blend could make you quite risk-adverse, if it wasn't for certain emotional factors, which could push you to do something which gives you an inner boost.

With a new and lively focus on your zone of higher-learning you might be inspired to take a new approach to an old, yet familiar issue. And the Moon's tie with inventive Uranus can bring solutions in the most unusual ways, such as by randomly flicking through a book or finding an interesting article online. Follow your whim.

As the Sun glides into your home zone, the next four weeks can see you more desirous of a nurturing and caring vibe. But this is also an opportunity for self-care after a busy and somewhat intense phase. If you find yourself becoming more focused on deeply personal issues and needing more "you time" don't feel guilty.

As the peacemaker of the zodiac, your reputation could be under threat today. A tense link between the Moon and Uranus might encourage you to unleash a torrent of words that could leave others wondering what came over you. Don't worry though, Libra as sometimes it's better to get buried feelings out into the open.

The present tie between organized Saturn and fuddled Neptune means extra care is needed with finances. This isn't the time to go on a spending spree, especially as the holiday season is looming. You'll fare best if you create a budget that can see you right through to the New Year, while also allowing for a little bit of leeway.

A friendship could get rocky if you speak your mind too bluntly - and without giving enough thought to what you're really and truly saying. The Moon's uncomfortable connection with Venus and Uranus suggests that hasty communications could put a wedge between you and another, unless you stay attuned to their sensitivities.

Today's lunar tie with organized Saturn suggests that some plans are best left to mature in silence, so don't feel you need to share details with family or friends. Indeed, discussing ideas that are still in the early stages of development could jeopardize the process, particularly if someone proffers a negative perspective.

Your friendship sector is certainly in focus, as is that of your future hopes. Now you can be one of the most imaginative of people around planning ahead, but this is a time when relying on others to support your wider aims, may be open to problems. Not everyone will prove as reliable and compliant as you may think, Aquarius.

Today's planetary backdrop can see you splurging on a gift for someone or even yourself only to realize you've burst your budget. So look to stay mindful of how things can mount up - if you're out shopping. However, rather ironically you could also be offered an out-of-the-blue opportunity that could give your income a boost.

As perceptive Mercury aligns with prudent Saturn this aspect can assist nicely with planning and organizing.