2015-10-03T00:00:01Published: Tuesday, 27 October 2015
by Patrick Arundell
, contact Patrick on Facebook or Email.
The Full Moon occurs in Taurus. This is a Fixed sign, as the Sun it opposes in Scorpio. Thus we need to be sure we don't take rigid positions especially around close ties or contrastingly our financial attitudes. 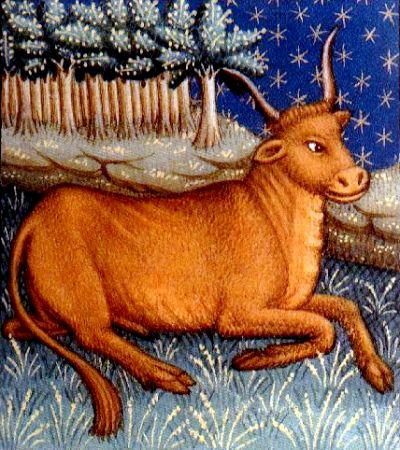 The Full Moon occurs in Taurus. This is a Fixed sign, as the Sun it opposes in Scorpio. Thus we need to be sure we don't take rigid positions especially around close ties or contrastingly our financial attitudes.

We also need to stay flexible about the things we share between ourselves and others, especially where there are any very close involvements. Dependency, possession and control are also being challenged here. We need to be open to pushing through the doors of new experience. For your FREE Daily Horoscope Tuesday 27th October 2015 please see below...

Today's Taurus Full Moon could stir up feelings around security and money matters, bringing hidden fears into focus. At the same time, it can be the perfect day to indulge your senses with a treatment or massage that soothes tired limbs and muscles. Give yourself a chance and permission to relax where possible, Aries.

Sensuous feelings and deep longings can be enhanced by today's Full Moon, so much so that it may seem like you're swimming in a sea of swirling emotions. Surf these waves of possibility, Taurus, especially those that can carry you to new places and opportunities. Mind, acting on the spur of the moment, may prove unhelpful.

Neptune's presence might be felt as a lack of drive, especially regarding plans and goals that have captured your imagination. And with both the Moon and the Sun aligning with this nebulous planet today and over the week ahead, you could feel at a bit of a loss. Don't fight it if so, as the cosmos has big plans for you.

The Taurus Full Moon shines brightly, giving an Earthy perspective to long-term goals and dreams, friendships and your place in the community. However, the energies around you may be somewhat distorted, so whatever is said or suggested should be taken with a pinch of salt - even where it sounds like a great idea.

One idea or goal may seem alluring, and could call out to you today, perhaps causing you to drop everything else in order to engage with it. Even so, it's just as well to remind yourself of what your obligations are right now. While it's great to go with the flow, you could get involved in something that takes over everything else.

Though your enthusiasm may seem boundless, someone's lacklustre approach may have put a damper on things, leaving you feeling somewhat let down. Although in your zeal, you may be keen to convert them, try not to. Just be the shining example you naturally are - and they might pick up on your interest after all.

A secret desire may become stronger and more insistent as Venus moves to connect with Mars in a secluded part of your chart. And augmented by today's Full Moon beams you may find yourself drawn to make it a reality. Indeed careful, well thought through moves can work very well, and much more so than acting on impulse.

A distorted view of key relationships may be down to the Full Moon shining out from your opposite sign of Taurus and its ties with fluctuating vibes of Neptune. As a result you might find you're more easily irritated by small things or the habits of those closest to you. Nevertheless, this can afford an opportunity to clear the air.

Dreams and intuitive hunches could figure strongly in the scheme of things, bringing inspiration, guidance and perhaps a foretaste of what's to come. And, though it might be very tempting to dismiss such events in your desire to accomplish key hopes, they could help you sidestep tricky obstacles while also being an aid to progress.

If you've worked hard with little respite, a surge of Full Moon energy can enhance creativity, while also encouraging you to reflect on the pleasures of life. The idea that you could use a break should perhaps be taken seriously, especially if you can combine it with relaxing activities that soothe and heal the spirit or soul.

Today's planetary backdrop heightens emotions, and might also be a cause of muddles and mix-ups, so it's best not to involve yourself in complex tasks. Focus on those chores that are routine and easily accomplished, and leave the details for another time. A get-together at home could though pleasantly boost your mood.

While some people in your life have been supportive, you may be getting a little irritated by someone who's always telling you what to do, or criticizing your dreams and plans. Indeed, today's Taurus Full Moon could see you unleashing a stream of frustration, especially if you've resented their attitude, but said nothing.

Today's Quarter Moon in Taurus can encourage a change of pace. As this is the last Moon phase before the New Moon it is an opportunity to tie up loose ends.

The Moon enters Taurus which can leave us feeling calmer and perhaps more attuned to our body and to the earth.

Racy Mars opposes expansive Jupiter which can boost our self-belief and inspire us to go for things that might usually seem daunting.

Jolly Jupiter moves back into humanitarian Aquarius as it continues its rewind phase, so we may be keen to connect with others on our wavelength.

Quicksilver Mercury moves into magnanimous Leo which can ramp up our confidence and encourage warm-hearted gestures.

The Moon in Pisces opposes Venus in Virgo which encourages peace and harmony and could help smooth over any ongoing difficulties.

Thinking Mercury opposes relentless Pluto making this a time when tensions may surface and seek an outlet.