2015-12-03T00:00:01Published: Tuesday, 29 December 2015
by Patrick Arundell
, contact Patrick on Facebook or Email.
For most of today the Moon remains in the bright and warming energies of Leo. If there are people you are still to meet if you do get together, this can bring some heart-warming exchanges. 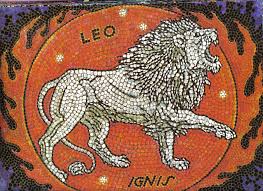 For most of today the Moon remains in the bright and warming energies of Leo. If there are people you are still to meet if you do get together, this can bring some heart-warming exchanges.

Venus also spends its last moments in the deep and intense Scorpio but in its continuing angle with Mercury, and exchanges that are truly meaningful, can be those that we truly savour. For your FREE Daily Horoscope Wednesday 29th December 2015 please see below...

Venus moving through the last degree of Scorpio suggests you could experience a surge of passion that you can't rationalize. However, whether it's an item or a person you're fascinated by, you don't have to give into it - unless you want to. Be warned though, as flames of desire may flare-up - but could die down fast too.

A sense of frustration could cloud the air now and in the run up to the New Year, as Mercury angles tensely towards Mars, bringing a conflict of ideas into the open. Though Mars is in diplomatic Libra, you may feel you've already given way on a key issue once too often Taurus, and have no intention of doing so once more.

It may appear as though you've been discussing the same issue forever. Nevertheless, even if you have to go over the same ground today, you could reach a milestone. Although there might be a lot of tweaking and perhaps further conversations to come, it can seem that this situation is very slowly changing for the better.

The Sun's connection with Neptune suggests that your focus may be on activities that take your mind off more unpalatable matters. Indeed, you could notice a strong desire to escape into the pages of a gripping novel or a good movie. Don't worry though, as such a respite could well lift your spirits and boost confidence.

The Moon in your sign ties with Venus in Scorpio and this, along with another easygoing influence, can see you letting go of a certain matter that you may have spent far too much time dwelling on. However, if it gives you more opportunity to find answers or to get a fresh viewpoint then such a hiatus can be really worth it.

Be careful what you agree to today Virgo, as however things appear on the surface, you could let yourself in for neat frustration further down the line. Pause before signing a contract or committing, especially if a lot of money is involved. Indeed, if you suddenly become anxious, it could be because you sense it's not for you.

If someone in the family has been hyper-critical or somewhat demanding lately, today can see you in the mood to put a stop to this. Indeed, even an off-the-cuff remark, one that's quite tame, could trigger a side of you that people rarely get to see. Nevertheless, if this engenders greater respect going forwards, it will be worth it.

Your creative imagination can encourage soulful self-expression, spurred on by the Sun Neptune association, as it entices you to channel ideas into arts or crafts. This blend of energies can also see you easily picking up on others' moods and feelings though you may be happier to keep what you sense, close to your chest.

The present Mercury Mars energy can be confrontational, so choose your words wisely or better still, keep a low profile. If a certain social situation has been a cause of frustration, it could come to a head. Perspective is everything Archer, and if you're really astute you might realize that some things are best left unsaid.

While the Sun in your sign should enhance vitality, its tie to ethereal Neptune could mean you're less motivated to accomplish key tasks, and more inclined to sum-up certain situations from a charitable perspective. Indeed, this influence might be helpful in encouraging a compromise concerning a somewhat contentious issue.

An uncomfortable influence could emphasize an area of your life where you may feel stuck or as if you've reached a crossroads. A part of you that's focused on results may be hoping for a change in the New Year, if you take action now. Even so, if you're looking for advice be sure it comes from someone essentially practical.

Although money is said to make the world go round, it could also be at the heart of a clash with a friend or social group, and might cause something of a rift. Even so, a compassionate Neptune vibe can help you see things from a more lenient perspective. You'll still need a degree of firmness to set this matter right, though.

The Sun in idealistic Aquarius angles towards trendsetter Uranus in Taurus which can be an indicator of conflicting ideas and opinions.

The Sun in Aquarius forges a positive angle with asteroid Chiron in Aries, inspiring us to engage in a healing conversation.

The radiant Sun embraces sobering Saturn which is an excellent aspect for organizing, planning and creating order out of chaos.

Heart-warming Venus aligns with hazy Neptune which suggests that we may be aware of and sensitive to the needs of close ones.

With high-octane Mars in Taurus angling towards jubilant Jupiter in Aquarius the urge to break out of a dead-end situation may be stronger than ever.