2015-07-03T00:00:01Published: Tuesday, 7 July 2015
by Patrick Arundell
, contact Patrick on Facebook or Email.
The potential for conflict remains, with the stubborn stand off continuing between the Sun and Pluto. Someone can try to play the big shot but we need to remain conscious of ourselves too... 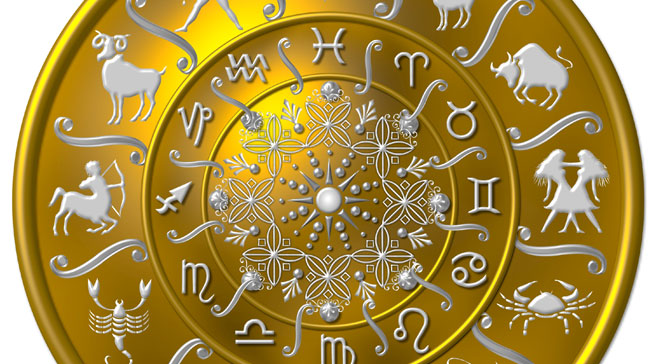 Mars continues in the sign of Cancer. He's not particularly happy or effective in this area, and one thing you can do is make us more reactive and defensive. However Neptune is urging Mars to let go, to be more self-sacrificing.

However with the Sun and Pluto still implacably locked in opposition, pride can be high and humility running low. We need to be conscious of our desire to be right, to win, to be the best. Is it always for the best? Absolutely not, being a decent human being means a lot more. For your FREE Daily Horoscope Tuesday 7th July 2015 please read below...

It might not be easy to get to the heart of a problem, especially if the information you're given doesn't at first ring true. If you're dealing with an important matter, be sure to check the facts before you call up to complain. You could also be side-tracked by social pleasures, unless you adopt a disciplined approach.

It may be hard to distinguish between friendship and something more as the current Mars Neptune link takes hold - and potentially fosters scintillating encounters. Above all, be on your guard as someone may be looking for some sympathy and could take up more of your time and resources than you're willing to give.

It can be a day to act on inspiration and particularly regarding an important goal or ambition. You might find things come together more quickly if you're willing to listen to your intuition - or even the guidance of a dream. However, social trends continue to look positive, and networking can be very beneficial to you.

A decision made yesterday could be overturned by someone in a position of authority. This can be down to an edgy Sun Pluto connection and might leave you and them feeling somewhat unsettled. However, it's probably an idea to leave it and move on, rather than become embroiled in a situation that you're better off out of.

With both Venus and Jupiter in your sign you'll likely be in a magnanimous mood and keen to be of help. However, as Mars links to Neptune it can encourage the idea of a sacrifice. This doesn't mean you should try to save the world though, or anyone else you perceive who needs rescuing. Do use your discrimination today.

You might have a tendency to see a significant other or your partner through rose tinted spectacles. While it's great to acknowledge the positive side of your relationship, avoid idealizing this person as they'll likely have flaws - as you'll find out soon enough. Meanwhile, if socializing, try to avoid negative or draining types.

Although you may be very focused on the path ahead and on the tasks that need completing to achieve a goal or ambition, do your best not to get pulled into a web of confusion. It pays to know what you're getting into before you commit to or sign anything. In addition, it will also help to be tactful when handling family matters.

There can be a fine line between friendship and romance, one which could be blurred today. As a result, the advice is not to get carried away with seductive fantasies unless feelings are mutual. Meanwhile, the Aries Moon can inspire you to work off the frustrations of the day by exercising or going for a really good walk.

If a vague sense of discontent hangs over you, it could be the reason you're feeling somewhat restless. However, you'd be better off to pinpoint the cause rather than seek satisfaction in aimless pursuits. Considering some DIY? Tap into your imagination as fully as possible to create a look that's both cozy and inspiring.

By investing your money wisely, you'll likely make positive gains further down the line. The current set-up encourages you to be careful though as it can be all too easy to fritter cash away. Indeed your thinking might not be as clear cut as usual, so avoid making decisions that could have future heavy consequences.

Try to be realistic when it comes to finances or possessions, especially if someone makes a promise that common sense suggests they're unlikely to keep. It might be an idea to check the facts first before signing anything or making a purchasing decision. Mind, a gift from someone could significantly boost your spirits.

Try to avoid power struggles and the influence of anyone who seems manipulative or pushy. If this is easier said than done, efforts not to rock the boat might also help. You'll do well today if you harness your charisma and natural warmth to add something special to key encounters, especially if you want to impress.