2016-02-06T00:00:01Published: Friday, 12 February 2016
by Patrick Arundell
, contact Patrick on Facebook or Email.
The Moon makes her way across the rather stormy energies of Uranus today, and of course in turn angles sharply to tiny but potent Pluto. On the back of this a tricky issue could be forced to the surface. 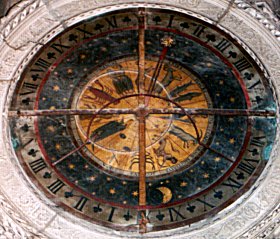 The Moon makes her way across the rather stormy energies of Uranus today, and of course in turn angles sharply to tiny but potent Pluto. On the back of this a tricky issue could be forced to the surface.

And if you have been bitting your proverbial tongue in terms of a perceived injustice it will be a lot harder to stay quiet. Then again this can be an excellent day to shake routines up, and especially any personal or domestic routines which have become rather stale. For your FREE Daily Horoscope Friday 12th February 2016 please see below...

Have you had something of an issue around expressing your feelings over the past week? Perhaps there's something you needed to say, but couldn't. If so, this impasse could shift either today or over coming days as clashing energies slowly move out of orbit. Once you do, it may be like letting loose a torrent - so be honest, but also sensitive with it.

Carried more than your share of responsibility over recent weeks, Taurus? It's likely you have and now need to unburden yourself. Doing so may require you to be a little more firm with someone than you'd like to be. And if they've been reluctant to pull their weight, they may not change now - well, not unless you use a little bit of guile and persuasion.

You may feel quite pleased with yourself should a home project or lifestyle strategy reach a milestone over coming days. If you've tended to hop from one project or plan to another Gemini, your focus on this may see you doubly heartened by what you've achieved. With Mars spurring you on this is an excellent opportunity to prove you have what it takes.

It's better not to be too confrontational, especially today as the Aries Moon aligns with Uranus and Pluto. The smallest incident could trigger abrasive words, which might put you in a worse rather than a better position. Someone you interact with regularly will more likely co-operate if you're polite and easygoing, but if they feel they're being coerced - less so.

Currently it's not your material wealth that counts, but the wealth of experience gained throughout your life, and the cumulative knowledge that goes with it. This means that you shouldn't focus as much on your worldly assets as your intellectual achievements. Remind a significant other that ideas create prosperity, and you have more than enough.

A loved one may want to rule the roost. However, rather than feel threatened by this, perhaps you should give them free rein, especially if you're in a rut. Whether you believe them or not, they may contribute ideas that change everything, bringing a fresh vitality to your living situation. Even if not immediately, this is certainly possible in the weeks ahead.

The Aries Moon and its ties to Uranus and Pluto could encourage someone close to air their feelings - which they may do in no uncertain terms. If they do, well, at least you'll know where you stand. This in itself can be revealing, and especially if you've been in the dark in recent weeks. Yet, don't waste this opportunity to let them know that you have feelings too.

You have many talents and plenty of magnetism, but do you sometimes lack the self-belief to show them off to their full advantage? Currently, the assertive energies of Mars in your sign, has awakened you to all kinds of possibilities. And with the expansive Jupiter making an encouraging angle too, believe you can and will make a success of things.

Although you've never been one to hold back when speaking your mind, the presence of Saturn in your sign may have tempered this character trait somewhat. Today though, impulsive energies can see you being even more blunt than usual. Although you might feel somewhat remorseful because of it, someone may be wiser for knowing what you really think.

Activity over recent weeks may have encouraged a change of direction or surroundings. However, today's lunar influences can enliven your determination to do something about this, particularly if any indecision has featured for you too. Don't leap into action immediately though, as doing the groundwork first can make all the difference to the outcome.

You may be anxious about something that isn't that vital in the grand scheme of things. Your responsibilities are naturally important, but the focus on the psychological sector of your chart suggests your reactions may be out of proportion to the issue. Even so, with Mercury poised to enter your sign, one insight could change your outlook for the better.

Though a number of propositions may be flying around over the days ahead, it may be best not to get too excited about them. The present planetary picture is somewhat changeable, especially when it comes to other people and their promises. Someone may be perfectly sincere concerning an offer, but if life gets in the way, they could still change their minds.

Today's Quarter Moon in Leo can be an opportunity to asses the state of play regarding a goal or project, and consider our options.

Quicksilver Mercury moves into contented Taurus today followed by the Sun so we may begin to automatically slow our pace.

The Sun in Aries aligns with chatty Mercury which could find us in an inquisitive mood and eager to connect with friends and close ones.

With go-getter Mars in Gemini aligning with jubilant Jupiter in Aquarius our vitality may be high which means we'll likely get a lot done.