2019-08-06T00:00:01Published: Friday, 16 August 2019
by Patrick Arundell
, contact Patrick on Facebook or Email.
As communicator Mercury forges an angle with emancipated Uranus there could be a disconnect between what we say and what others hear. 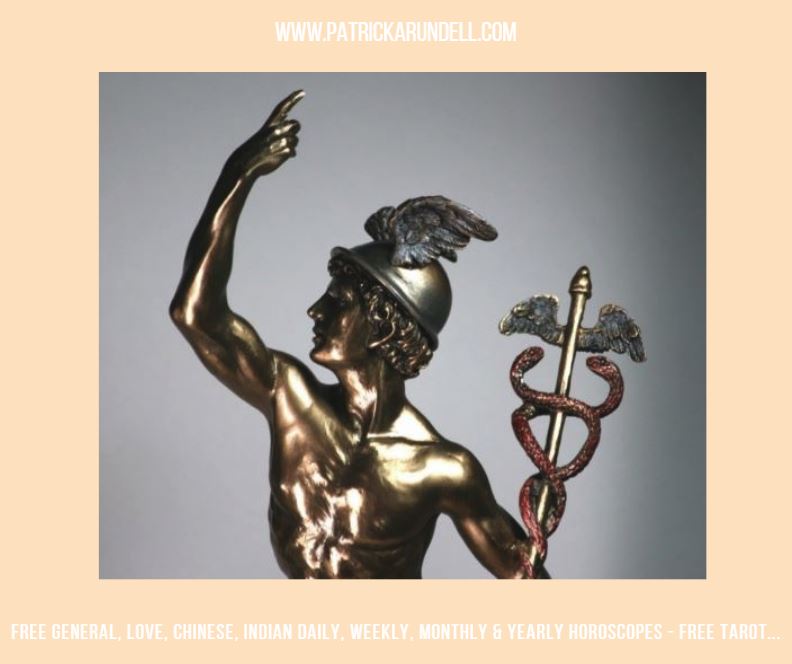 As communicator Mercury forges an angle with emancipated Uranus there could be a disconnect between what we say and what others hear.

And it can be easier to adopt a stubborn approach then to make an effort to compromise. For your FREE Daily Horoscope Friday 16th August 2019 please see below...

It may be tempting to splurge on enjoyment and generously treating yourself, but if you're trying to save for something, might this be a rebellious decision? The coming days are made for fun, and you might as well make the most of them. But have some thought for your current money situation as you do. Romance is well-starred Aries, as whether solo or spoken for, sparks can fly.

Venus's presence in your domestic sector may have enabled you to harmonise family relationships and bring a sense of balance into everyday life. But a more disruptive angle could take you back to square one, if you make a remark without thinking about the consequences. This could cause a stubborn reaction Taurus, unless you can take it back and apologize right away.

You might feel restless, and the cause is likely Mercury, your ruler's, edgy link with emancipated Uranus. You might want something but can't fathom what it is, as everything you come up with may seem to fall short. With Uranus in a spiritual zone, it could help if you can spend time in nature or to walk barefoot at home, as your horoscope suggests this might help ground your energy and intentions Gemini.

After yesterday's Full Moon in an intense zone, emotions could continue to run high. And much as you might want to tell another how you feel about them or a situation you may be involved in, you could regret it tomorrow. Letting it go might be a much better idea. Going shopping? It might be love at first sight regarding an item, but it could lose its sparkle fast once you own it.

Inquisitive Mercury in your sign, forges a tricky tie with disruptive Uranus in your sector of responsibility. Although you may have key tasks prioritised, getting on with them might not be easy. Boredom with your routine could see you doing almost anything except those things that are vital. Finish them Leo, and you can look forward to the weekend with a clear conscience.

An idea may appear great at the time, but how good is it really? It could seem like a breakthrough to you, but is there any guarantee that others will feel the same? Before you make a start, it might help to get some feedback Virgo. The reason being that things could progress at a fast pace once you get moving, and if you regret your decision it may be too late to do anything concrete about it.

Watch out for a slip of the tongue that can mean you give something away that might embarrass you. You may not even realise what you've said until you see the expression on someone's face. If this should happen, the presence of diplomatic Venus in your social sector, might help you smooth this over. But if what you said is true Libra, you may not want to.

It could seem that someone's opinion is causing you to hold back rather than forge ahead. It might also be a case of not seeing eye-to-eye and of being unable to reach a compromise. However, if this person has a reason to feel irritated with you, then making amends with them first could hasten your progress Scorpio. Whatever the issue, a pause for thought can help.

You might prefer to opt out and go on a trip or sample a new experience, rather than focus on a specific task. A key transit could leave you feeling antsy, and much as you know you have things to get on with, you may be inclined not to try. With the weekend on the horizon, the desire to down tools could be tempting too. An early workout though might soothe that restlessness Archer.

You might want one thing, and someone else may want another, so reaching an agreement can be difficult. This may be down to an awkward aspect, which might also coincide with interruptions and distractions. As disruptive as it seems it is a temporary aspect, so simplifying your schedule and leaving a difficult conversation for another day could make life much easier.

Loyalty to home and family values could clash with a desire to spend time with friends, and a chance to be in relaxing company. There are times though, when no matter how much you adore those you are closest to, you do need a break. This feeling may be down to angled planets and key asteroids. The solution may be to get out, but to reassure loved ones if it seems they need it.

You could be in an inventive frame of mind and able to come up with solutions that others haven't considered. If you have been dealing with an intractable problem, the answer can instantly download into your mind like lightening, and could seem obvious. Equally, don't be so attached to an idea that you can't see another way Pisces, or refuse to acknowledge a better one.