2016-07-06T00:00:01Published: Friday, 1 July 2016
by Patrick Arundell
, contact Patrick on Facebook or Email.
With Venus opposing Pluto feelings could get intense over coming days, with the potential to be pushy in order to obtain a certain outcome. 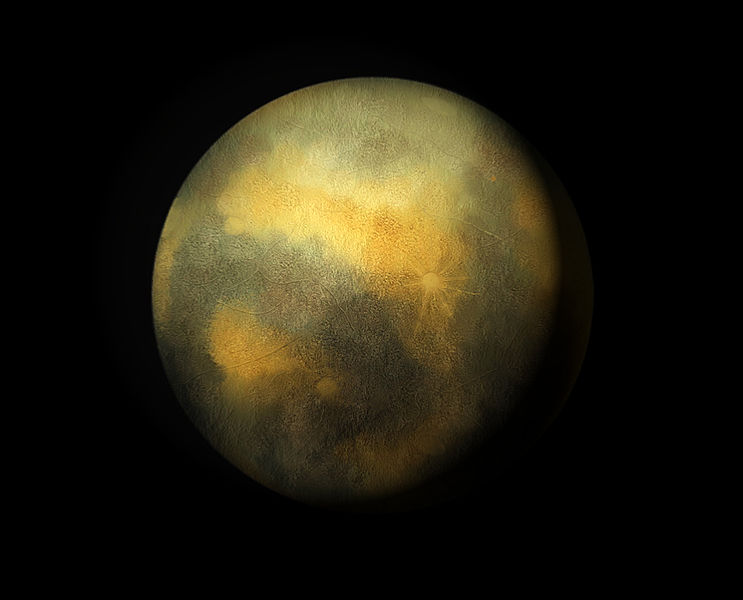 With Venus opposing Pluto feelings could get intense over coming days, with the potential to be pushy in order to obtain a certain outcome.

We may feel uncomfortable in the company of such people, and awkward if we are guilty of such actions. Allowing things to develop naturally may be the better way ahead. For your FREE Daily Horoscope Friday 1st July 2016 please see below...

Your desires can play an important part in the way things pan out over the next day or so. In fact, there could be a problem with wanting something so much that you seem to block yourself from having it. Even so, with Venus linking to Jupiter and Pluto you do have a choice. You can either dwell on the fact that you don't have something or work patiently towards getting it.

If you have the option between the short route to getting what you want or the longer one, it may be best to opt for the latter. For instance, if you're hoping to befriend someone then the relationship may be more fruitful if you take your time. Even so, there could be one exception to this, and that's if you're romantically involved, and positively so, when intimacy can revive.

There is no such thing as getting something for nothing, which is why it may help to read the small print regarding an offer, as it could turn out to be too good to be true. With the Sun in your financial sector linking to Neptune, someone's sales patter could prove tempting, but if you do want to make solid gains, you could find selling old or unwanted items more lucrative.

Although someone may seem to have your best interests at heart, do they? Generally, one test of a good relationship can be a willingness not to take advantage of each other. Regarding a certain person though, you may already have doubts. Your horoscope suggests you don't ignore those niggling feelings Cancer, as your intuition may be informing you that they are not quite as you hope.

With a focus on a more cloistered sector of your chart, it's possible that childhood patterns could come to light, particularly over the next day or so, when an irresistible urge can disrupt your plans. For example, you might have a desire to reconnect with old friends from college or even an old flame. Do try to consider the potential ramifications should you do so, Leo.

As Venus links to Jupiter in your sign, the next day or so looks to be pleasantly upbeat, particularly when it comes to socializing. Even so, is one connection showing signs of becoming almost all consuming? If so, you may find that it's difficult to get this person out of your head Virgo, even if you sense that taking things further might not really be in your best interests.

While you might be prepared to give someone the benefit of the doubt, it can be unwise to overlook any resistance you feel towards them. They might be perfectly nice, but it's possible that you will never feel completely at ease in their company. However, don't let this bother you. While you like to appreciate people, not everyone is meant to be close to us.

The astrological backdrop suggests that much as you may want to take credit for any successes, do also acknowledge the contribution of those who have helped you. Even though it likely is your idea, your money and your organisational skills that have set things in motion, an appreciation of the role others have played in supporting you can generate much goodwill.

With an uncomfortable aspect between Venus and Pluto putting the emphasis on your finances, you may be tempted by a purchase that is quite costly. However, such is the nature of this connection that you might find it hard to resist and consider a finance option. Just consider that after the initial thrill, such a purchase could impact on your cash flow for a long while.

You may want to believe the best about someone, yet find a niggling doubt is a block. Are you being overly anxious or could it be your instincts are trying to tell you something? If the relationship is at an early stage, then there is no harm in seeing how it goes. In fact, you could be proved wrong. But then it really is down to how strong your hunch is, Capricorn.

Wellness issues may be a focus over coming weeks, with the present picture encouraging you not to overindulge. However, this may be easier said than done, Aquarius. For with Venus tied to both Jupiter and Pluto the idea of enjoying the good things in life and some full-on escapism may be very alluring. At the least, why not agree to allow yourself some nice tasty treats?

The idea of one person's company could be getting stronger and stronger. This may be someone who up until now you have never considered any-more than as a platonic friend, but your awareness of their personal charisma and qualities can now be such that you are thinking a lot about them. Just don't get so full-on about this person that it pushes them away or spoils a friendship.

The Moon in Leo creates a positive angle with sassy Jupiter in Aries, so we'll be in a sociable and upbeat mood and ready to enjoy ourselves.