2016-03-06T00:00:01Published: Friday, 25 March 2016
by Patrick Arundell
, contact Patrick on Facebook or Email.
Lovely Venus opposes Jupiter and angles awkwardly towards Saturn which can see us struggling to tackle an interpersonal issue. In this instance, though, sensitivity can both help and hinder. 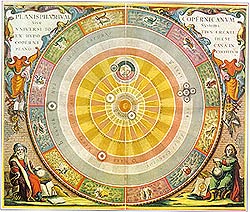 Lovely Venus opposes Jupiter and angles awkwardly towards Saturn which can see us struggling to tackle an interpersonal issue. In this instance, though, sensitivity can both help and hinder.

If we're too accomodating we may feel we've been taken advantage of, and yet being understanding of the other person's plight might enable us to do the right thing. For your FREE Daily Horoscope Friday 25th March 2016 please see below...

Do you feel drawn to someone whose beliefs contrast your own? If so, it might not be their ideas, but the strength of their convictions that proves so seductive. Yet, this could be the downfall of the relationship too, Aries, unless you don't mind spending time in the company of someone who disappoints and confounds from time to time. Would you?

Your insecurities could seem to outweigh your strengths over the days ahead, particularly if a friend seems to sparkle, and you feel in the shade. Venus's tie to Saturn may be the reason you lack self-assurance - but it is a temporary phase. Even so, you might fret that you're losing your usual grace and charm, when you're certainly not in any way, shape or form.

As Saturn turns retrograde from today in your sector of relating and interaction, a persistent issue you've had with a friend or associate can begin to unravel. This may be because this often coincides with a lessening of pressure and the opportunity to view matters from a different perspective. What seemed uncomfortable may appear less so in coming weeks.

Is the struggle you've experienced to accomplish a goal really worth it? Key influences over the days ahead suggest you could have a change of heart and decide it's not. The reason for this may be that another way opens up that strikes you as being less of a bother while bringing speedier results. Don't be too down on yourself, you will have learned from the experience.

If you're locked into a stagnant situation, then something has to shift. But for this to happen you may have to let go of a cherished belief or set of fixed ideas, rather than just hoping your luck improves. However, over coming days an encounter could pave the way for a change of heart, enabling you to see where you've gone wrong and how you might right things.

If life could only be different you'd be a lot happier - or would you? With the planet of responsibility about to do a backward dance in your home and family sector, you may soon notice a lessening of friction. Whatever has bothered you may begin not to. Then again, perhaps you need to look even deeper inside of yourself to meet your craving for contentment.

Time may seem to stand still, especially over the next few days, as Saturn in your sector of talk and thought begins its retrograde phase. If your relationship with a certain person seems to become very intense this weekend then it may be because you need to consider where your duty regarding them begins and ends. Is it time to let them take more self responsibility?

If you've been tempted to overlook a catalogue of mistakes by someone, ask yourself if this is affecting you too? If you say nothing it may never get resolved. Then again, as Venus aligns with Saturn and Pluto you may realize that your time is better spent elsewhere and on relationships that are more fruitful - and those that you can gain from as well as contribute to.

If you've been wildly enthusiastic about a plan or idea, then the tide may begin to turn over coming days, with the result that it could lose its appeal. However, this project may need time, especially if it can't be accomplished all in one go, or involves a lot of detail. Later in the year, perhaps in August or September, you might feel motivated to pick it up and try again.

As the gentle energies of Venus angle towards your ruler, the disciplined Saturn in your psychological sector, you may wonder whether to take someone to task or leave things as they are. However, even if they have misled you or let you down, you may be reluctant to take things any further. Might it be because your own input has been less than perfect too?

Although friends may question you, there's no need to justify your actions to anyone if you don't want to. This can be one of those times when over-thinking or indeed talking too much about a matter, can prevent you from just getting on with it. If you have a feeling that there's something you need to attend to, run with it. If you over-analyse it, it might never happen.

There are some things that money can buy that might appeal to you now and over the weekend. However, if you're still in the throes of making some important financial decisions after the midweek Lunar Eclipse, determine to go easy. Even so, a small investment could work out, but it all boils down to how much spare capital you have, and how much risk you want.

The Sun's move into humanitarian Aquarius for around four weeks is a time when we may seek to expand our circle of friends and other connections.

The Moon's alignment with healer Chiron can make us aware of something that may be a cause of awkwardness or embarassment.

As jubilant Jupiter squares-off with electric Uranus we may be ready to take a risk or even a gamble on something that seems to offer big rewards.

The Moon in Pisces makes a harmonious angle to Venus in Capricorn which adds a warm, convivial and relaxing touch to the day ahead.

With restless Uranus moving forward from yesterday after its long retro phase we may find it easier to make changes that can revolutionize our life.