2016-11-06T00:00:01Published: Friday, 25 November 2016
by Patrick Arundell
, contact Patrick on Facebook or Email.
A potent connection can have more personal resonance as Venus the planet of relating, ties with bounteous Jupiter and the powerful energies of Pluto. 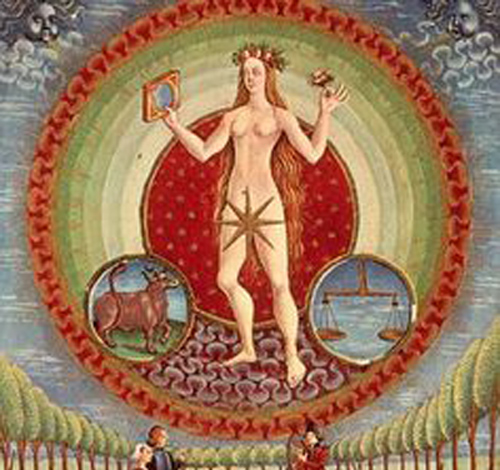 A potent connection can have more personal resonance as Venus the planet of relating, ties with bounteous Jupiter and the powerful energies of Pluto.

We might find it difficult to resist an urge that might cement a key relationship or bring us closer to someone with influence, but pushing too hard can be a mistake. For your FREE Daily Horoscope Wednesday 25th November 2016 please see below...

You may feel that no matter what you want, it's only right to take into account others' needs. At the same time there is something you might desire enough to pursue it whatever certain people might think. There may be a way around this Aries, for if you can be open and honest about your agenda or plan, you might find that with some compromise, it can still be yours.

While it can be a positive to stay with the status quo, something may be urging you to focus on an opportunity that might be hard to resist. This could be because you are changing as a person and your needs may no longer sync with a job or lifestyle that has kept you happy for some time. There's no need to abandon it though, as small reforms now can really help you.

A relationship can spotlight various emotions for you and these may set you thinking about the part a certain person plays in your life. Is there something you want from them? And if so, might this be getting in the way of connecting with them more genuinely? With your sector of relating in focus, this can be one of the better times to talk and perhaps to reconsider your needs here too.

It may seem easier to remain in the situation you know than to venture into another that might require you to move into new territory. At this time it's possible that a relationship may represent such a challenge. Whether it is a friendship, romance or business connection, a part of you might change the more you're around this person, but this could actually be a positive for you.

Discussing a certain issue may not work out so well if you feel that you have to dodge around the matter and be very careful how you refer to it. Present influences suggest that someone may take you more seriously if you say what's on your mind and reveal what you really want. Far from causing an issue, this can allow for positive discussion that could bring a better outcome.

You could find yourself tempted in a direction that seems to bring out a more compulsive side of your nature, and this might present you with a choice over coming days. You could give into it, as if you can master your emotions, it might work out well. You could also decide to put your energy into a domestic project that is less fascinating, but where results may be more certain.

The Moon in your sign links to key planets forging powerful influences, and these can heighten your feelings about a family issue. You may feel it is time that you gained something, rather than giving way to others' needs and perhaps leaving yourself out of the picture. Still, the way you go about this might work better with a rational approach rather than a more emotive one.

With a focus on a sensitive and more secluded sector of your chart you may become aware of another's motives, which could cause you to distance yourself in order to think things through. Your conscience could also play a part here, especially if you sense that this person may not be able to help how they feel. Such a thoughtful approach might well turn things around Scorpio.

Working alongside others as a team or collaborating with a friend on a project may seem a great idea and could be something that is already showing sign of progress. You could though, feel somewhat peeved if the cost seems to fall mainly to you. If you share your thoughts on this, your horoscope suggests that sooner rather than later you may have a better chance of resolving it and moving on.

You may have taken the first step regarding a potentially bold move and could now be waiting to see how it is received by someone with influence. However, if you have an intuitive feeling that things are not quite right, then it may be helpful to look into this further. It might be that if you can change your terms or plans just a little you could get a much better deal all round.

Talking over a matter could bring an inspired idea into the mix that might help break up a potential stalemate. There may be a deeper reason for this though, and it could be a degree of subconscious resistance. If you have time for reflection you might find that a past memory or experience may be at the heart of this and that if you can release it things might change.

If you're hoping to get someone in authority interested in an idea, then you might enjoy a better result if you are very careful in the way you go about it. Avoid doing anything that might make them feel they are being worked on, as this could have the opposite effect. Instead, turn the discussion to your skills and accomplishments as this may well swing it for you, Pisces.