2016-09-02T00:00:01Published: Monday, 12 September 2016
by Patrick Arundell
, contact Patrick on Facebook or Email.
With the Sun and Mercury squaring off with Mars there is potential for conflict over coming days unless we can keep an open mind. 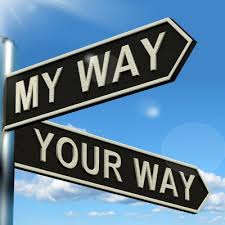 With the Sun and Mercury squaring off with Mars there is potential for conflict over coming days unless we can keep an open mind.

While it's helpful to consider and debate various perspectives, it may not be so useful to stick to one viewpoint without acknowledging others.  For your FREE Daily Horoscope Monday 12th September 2016 please see below...

With the Sun and Mercury in your zone of lifestyle angling towards Mars in your sector of adventure, you may find yourself wondering whether to finish certain jobs or try out something new and different. However, over the coming days there will likely be more than enough excitement coming your way, so try to get these tasks completed to free up other time.

There's a lively blend of energies showing up in your leisure sector that could put you in touch with old friends. Nevertheless, a conflicting blend of energies suggests your values may have changed over the years and with a Lunar Eclipse in your social sector later in the week, the chance to talk could either heal any differences, or enable you to move onto new vistas.

You may be keen to plan for a family gathering or kick on with a household project. The same though might not be true of others who prefer to go with the flow. With Mercury in retrograde linking with the Sun, it's possible a bright idea could come to nothing, no matter how much time you spend in preparation for the big event. So give yourself some wiggle room.

It is best not to take anything for granted this week, as there may be a tendency for the best laid plans to unravel. Firstly, awkward aspects could encourage conflicting views that may need patience to resolve. Secondly, with a Lunar Eclipse later in the week a strand you like could fail to materialise. However, if one door closes another may spring open soon.

Start as you mean to carry on, particularly where your finances are concerned. The coming days could see you experiencing delays around money matters, or perhaps dissatisfaction with a purchase or experience. If so, patience may be needed. Later in the week a potent lunar influence suggests you may want to cut back on spending, but this can make you feel more secure.

If you notice a degree of tension developing between you and another, this matter could come to a head later in the week. If you and they are prepared to discuss it, you could uncover a workable solution and avoid any unnecessary angst over the weekend. In fact, your horoscope reveals that any action you take can help sidestep further issues and allow genuine progress to be made.

As Jupiter moves further into your sign, opportunities and exciting adventures could potentially come your way. Even so, the cosmos encourages you to tackle a long-standing issue, particularly if it has been a drain on your energy. This week's Lunar Eclipse may spotlight the benefits of letting go of the matter, but this would then create a chance for a new start.

It may not be obvious why a certain friend is behaving as they are. If they seem irritable or put-out, it could leave you wondering what you've said or done. The likelihood is that it's nothing to do with you, and everything to do with their personal issues. Nevertheless, if this tie continues like this, you might be motivated to let it gently fade away from you.

Refusing to acknowledge a current issue could make life easier in the present, but might invite issues later on. Nevertheless, the current line-up encourages you to tackle this head on rather than bury your head in the sand. If you do, you'll probably find it's not half as complex as you believed and that once you make a start, the solution unfolds quite naturally.

As Jupiter moves into your goals sector, you may find you show to your very best over the coming weeks and months. Any plans or projects you conceive, might see you seek to make them bigger and better than your previous efforts. However, the cosmic line-up suggests you should not ignore the finer details, so be sure that the facts are reliable before you commit.

Over the days ahead it helps to trust your instincts, particularly where money and financial considerations are concerned. With the potency of the Lunar Eclipse over coming days, information might not be as clear cut as you'd like it to be. But if you find yourself grappling to decide what your course of action should be, your first thought could well be the right one.

Your relationships may be unpredictable over the days ahead. And, with both the Sun and Mercury angling towards Mars, conflicts can be highlighted. Along with this, an Eclipse in Pisces can see you making some major decisions concerning an important association. In fact, if you're to enjoy the peace and progress you desire, something key might need to alter.

Mercury in Sagittarius opposes Mars retro in Gemini, so we may find it hard to reach an agreement or to get someone to support our cause.

Mars retrograde in Gemini aligns with prudent Saturn in Aquarius which can, in theory, help us concentrate better and get more done.

The Moon in Capricorn aligns with fun-loving Jupiter making this day one that we can enjoy to the max.

The Moon in Capricorn aligns with Uranus in Taurus, encouraging us to be curious about life and to experiment with novel ideas.

The Moon in Sagittarius angles towards Neptune in Pisces, so we could feel emotional without knowing why.

The Moon conjuncts Mercury in the sign of the Archer, which can inspire us to take on a challenge.

Today's New Moon in Sagittarius is perfect for a fresh start, especially if we're keen to study, learn skills, travel or expand our horizons.