2016-04-02T00:00:01Published: Monday, 18 April 2016
by Patrick Arundell
, contact Patrick on Facebook or Email.
While Venus's sobering connecting to Saturn can lend a more formal approach to social affairs, it is often exellent for making a realistic assessment of key relationships. 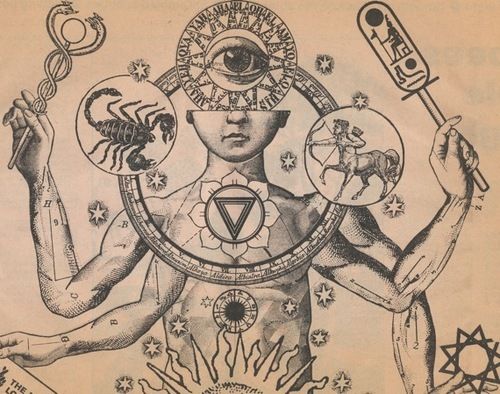 While Venus's sobering connecting to Saturn can lend a more formal approach to social affairs, it is often exellent for making a realistic assessment of key relationships.

And, with Pluto rewinding from today, feelings can intensify, so stepping back occasionally might help us see the bigger picture. For your FREE Daily Horoscope Monday 18th April 2016 please see below...

You may find your pace slows a little until the end of June when Mars your ruler, turns direct once more. This might not be such a bad thing though, as with Saturn and Jupiter already rewinding and Pluto following suit from today this is your chance to do some major restructuring to your circumstances and plans - and eventually to emerge in a much stronger position.

A positive aspect pattern triggered by the Virgo Moon can see you stepping out more confidently regarding a plan or creative project and seeing good results - if you're patient. In the main though, you may have to rely on your own resources, as getting funding from the bank or looking to others may take time. Refocusing your goals may be a realistic alternative.

A reflective phase might set you thinking about whether you could make a few improvements to key areas of your life. The current backdrop reveals you don't have to do this alone though, as there may be others in the same space who might be glad to connect with you. Liaising via a local group or an on-line forum can give you much greater self-assurance.

Are you ready to get started on an idea? If so, the coming days bring opportunities to work out the details and finalize your plans. Indeed, with the Moon in your sector of talk and thought positively aligning with Jupiter, Mercury and Pluto, conversations can be enormously constructive. However, flexibility is important too, as conditions can alter swiftly at this time.

Are you experiencing problems with someone you see on a daily basis? If so, this issue could dominate your thoughts, making it difficult to see the relationship in the round. Venus's ongoing connection with Saturn could make life easier in this respect though, as it encourages you to persevere and to look at the facts of the matter rather than become too emotional.

The Moon Pluto alignment can amp up the passion, whether it's related to a creative project or a budding romance. However, with Pluto turning retrograde from today heightened feelings could morph into mild obsession over the coming weeks, distracting you too. It's great if you can find an outlet for such feelings. If not, it may help to detach, for your own peace of mind.

Lunar ties to Mercury and Pluto suggest this can be a productive time to air feelings, especially if a key issue needs resolving. Not only can a heart-to-heart allow you to unleash pent-up emotions, it might act as a catalyst to those changes you're so keen to see. Even so, give yourself time to process whatever is discussed. It isn't the time to rush important decisions.

Is it really wise to reveal how deeply you feel about a key issue? With Venus, your planet of relating, angling awkwardly towards Pluto, there's a chance doing so might not help matters, Scorpio. Nevertheless, if you can avoid giving in to your emotions and focus on the facts instead, a much better solution may be found and one that can work for everyone involved.

Given the present astrological climate you'd be wise to finish current projects before you begin anything new. However, because you might be ready to discuss new ideas over coming days your innate tendency may be to make a start right away. Even so, with Mars now rewinding, any plans may be subject to delays, so opt for as realistic a time frame as possible.

Venus's tense connection with Pluto suggests feelings are likely to be intense. With Pluto also regressing from today this situation could linger unless you're willing to let go and move on. Just how difficult might this be though, Capricorn? If you're ready to resolve this, Saturn's impact on the heavens might be a positive aid in releasing any emotional baggage.

Rather than hold onto uncomfortable feelings, your horoscope suggests talking things over with a trusted friend might help you to see your situation objectively. It's not really advice you need, being the often shrewd soul you are when it comes to people, you may just need the human touch before you make any vital decisions, even if it's only a nod of agreement or a few friendly words.

With Venus making an uncomfortable connection to Pluto you may be uncertain about one friend. But before you say anything, consider whether doing so might put the relationship at risk and whether it's worth it. Once you go ahead there can be no going back, so whatever you decide be sure that it is in your best interests. If you can forgive and forget, do so.

The Moon in Sagittarius makes a harmonious tie to Mercury and Jupiter which can be a call to trust our intuition.

Convivial Mercury merges with jubilant Jupiter making this a day filled with fresh possibilities that shimmer with promise.

The Moon in Sagittarius opposes fiery Mars in Gemini so be prepared for minor conflicts and petty arguments.