2018-08-02T00:00:01Published: Monday, 27 August 2018
by Patrick Arundell
, contact Patrick on Facebook or Email.
Dynamic Mars turns direct today after some weeks in its retro phase, which can indicate easier times ahead. 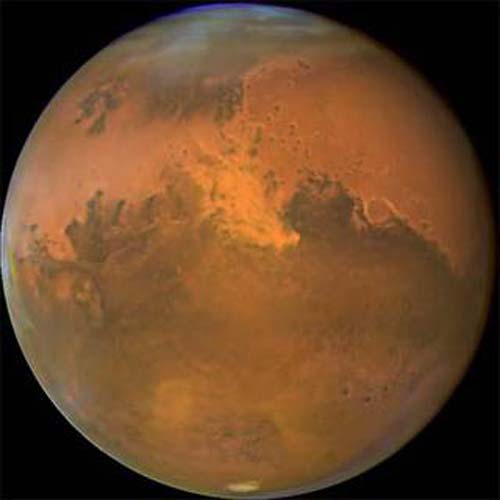 Dynamic Mars turns direct today after some weeks in its retro phase, which can indicate easier times ahead.

If we have felt low in energy or faced more obstacles than usual, then this phase can begin to ease and good progress soon be made. For your FREE Daily Horoscope Monday 27th August 2018 please see below...

Despite this being a day when Mars your personal planet, finally turns direct after its long rewind phase, you may be in a relaxed mode and mood as the Moon in Pisces aligns with the ethereal Neptune. The energies you experience could be those that you receive from others. If so, it may be better to let them wash over you. Yet the next two weeks can see ambitions crystallize.

The social aspects of your chart are highlighted, making the coming days and the week ahead potentially delightful. If you are involved with friends who have a creative bias, then attending concerts or other cultural events can be most enjoyable. In addition, dynamic Mars pushes forward in your sector of far horizons, giving you added push to punch through limitations.

As Mercury your personal planet, angles towards expansive Jupiter, you could be too eager to help out with a plan or project Gemini. If asked for assistance, make sure you know what's involved before you commit. There's a chance that the task could take up a lot of time or might involve far more than you think, which could prove somewhat unsettling.

As the Moon aligns with both jovial Jupiter and nebulous Neptune, you could learn something about the meaning and purpose of your life. This could come from a book that you happen to pick up, or it may be something that inspires you while listening to music or watching a movie. It is also possible that visiting an uplifting place could gift you with a wave of fresh ideas.

If it seems that no matter how hard you work you still can't get ahead, then things may be about to change Leo. The good news is that the energizing Mars will turn direct from today in your sector of work and wellness, so delays and obstacles can begin to ease and vitality to return. And with Saturn forging ahead from next week, you could begin to make concerted progress.

While you may have more pressing things to attend to, the coming days and indeed the week ahead, can have a somewhat mesmerizing effect as well as stimulating your imagination. This can be a good time for creative ideas that might later translate into a plan or project. This blend of energies can also be deeply romantic, so whether single or spoken for, feelings can flow.

If you have felt stuck regarding a family issue, things may begin to show signs of movement. It may take a week or more for matters to begin moving forward, but as time passes, the shift could become more obvious. If there was no opportunity to take any constructive action previously, this might now change. Options that just hadn't been available to you, can emerge soon.

Feisty Mars your ruler, pushes ahead from today after its retrograde phase, which suggests it might be time to kick on with the ideas and projects that excite you. If nothing worked out previously then this is likely down to the timing. It might all come together now like the pieces of a jigsaw and the way ahead could seem clearer, which can prove reassuring to you Scorpio.

An improvement in financial matters can show up from today and increase over coming weeks. If cash flow delays or a money issue seemed never ending, look to redouble your efforts. It will  help to go easy with spending for now though while feisty Mars and next week sobering Saturn get back into their forward stride. Build momentum, then enjoy some rewards.

Mars turns direct today in your sign, and yet this may not be noticeable for another week or so. Even so, you could feel an inner stirring to push ahead with ideas or events that have been put on hold for one reason or another. On a social note, an exhibition or other cultural event can be such a pleasure to attend, and might be an aid to boosting your creativity or honing any artistic skills.

Inspiration can flow, but unless it involves something you are passionate about you may not get around to doing anything about it. It might even seem as though getting motivated has been more difficult than usual. This can begin to change over the next week or so though, as an edgy issue may begin to unravel. Your horoscope suggests that energies that were blocked could bubble up once again.

Lunar ties with your guide planets of Jupiter and the elusive Neptune, can highlight a desire for something different that also allows for a change of scene or the chance to explore fresh interests. Even a small outing to a beautiful place can be enough to recharge your batteries. If there have been issues with groups or in dealings with large organizations, things can brighten.

Lovely Venus in Sagittarius squares expansive Jupiter in Pisces, bringing an opportunity to indulge and have some fun.