2016-03-02T00:00:01Published: Monday, 28 March 2016
by Patrick Arundell
, contact Patrick on Facebook or Email.
As Mercury, the planet of talk and thought aligns with cautious Saturn plans can benefit from a careful overview, but focus and concentration can make short work of tedious tasks. 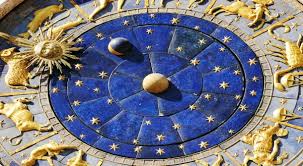 As Mercury, the planet of talk and thought aligns with cautious Saturn plans can benefit from a careful overview, but focus and concentration can make short work of tedious tasks.

Even so, the Moon's tie with Mars can make us yearn for pastures new and far horizons, so the chance to enjoy a novel experience can be something to look forward to. For your FREE Daily Horoscope Monday 28th March 2016 please see below...

While it's impossible to change certain aspects of the past, the planetary backdrop does bring hope regarding the future, especially if you thought you'd lost out on an opportunity. If you're not in a hurry there's a good chance it could come around again - and next time you'll be better prepared. Even so, another equally fascinating proposition could soon emerge.

There may be more to life than meets the eye over coming days, with a psychological focus bringing insights that could have a powerful effect on you. If you're able to adapt them to your situation they could help bring about a transformation. Although this could be uncomfortable at first Taurus, over the long-term you might enjoy a new found sense of freedom.

There's something very disappointing about sharing an idea enthusiastically and finding out that the other person just isn't that interested. Does this mean that you should give it less consideration? Not at all! Don't allow their response to put you off. If you're motivated to keep at it, ignore them and do what feels right, no matter how indifferent others may be.

Since Saturn has been moving through your sector of work and lifestyle you may have noticed that your energy fluctuates. Sometimes you have a lot and you can do a lot, sometimes there's less and you may find you're not so motivated to get results. Even so, around midweek a brainwave may help you better plan your time and perhaps work more efficiently.

Putting more effort into a project or even a blossoming relationship can pay dividends - even if you're uncertain about the outcome. If you've held back because of a fear of failure or criticism, the presence of Mars in Sagittarius can give you more courage. However, be watchful and ask yourself are you tying yourself in knots unnecessarily?

If you have creative ability now is the time to make use of it to brighten your home, even if you haven't indulged in a certain hobby or skill for some time. It doesn't have to be a work of art either - what's more important is that you enjoy what you do. There's a deeper reason too, as by allowing your mind time out from an awkward issue, solutions may come up.

An outing with friends or even an upbeat encounter may be enough to get you back into the social scene, especially if you've had a tendency to keep yourself to yourself lately. And although you're currently in a phase when you might appreciate more alone time, you'll probably find that talking things through with others can help you let go of any issues and unwind.

You may place less value on your company than others do, especially if your popularity has increased of late to your surprise. It's not only current friends either, but those from the past who may be keen to meet up again. Indeed, Venus's delightful tie to Jupiter suggests that if you're willing to put in the effort, some associations can have a new lease of life.

Although you may already be aware of all the reasons why you can't do something, the present motivating energies can tip the scales, giving you more reasons to believe that you can. However, because it can take time to see results you could doubt it's possible even if you make a start. Persistence is the key. Do a little every day and you'll soon be on your way.

It's worthwhile making an effort to get along with others even if you aren't that enthused by them. Jupiter's lingering connection to Saturn suggests that although certain individuals might not appear the most charismatic people in the world, they have qualities or attributes that you might well come to appreciate, if only you would stay around long enough.

Your social life has the potential to be lively and to bring you into contact with people who can inspire you. This may be particularly relevant if you've felt at a loss regarding a matter and have almost given up on finding answers. Just be careful that someone isn't trying to get you involved in their schemes to the cost of you resolving or accomplishing your own.

The Sun and Mercury in Aries may be the reason you're more resourceful than usual and have ready answers and suggestions for anyone that needs them. In addition, your bright ideas can be the reason that you've managed to impress someone in authority. However, if you're still struggling with a personal issue, do ask for some help, even if doing so proves difficult.

As delectable Venus aligns with disciplined Saturn we may be ready to liaise with others to make plans, get organized and get things done.