2017-01-02T00:00:01Published: Monday, 30 January 2017
by Patrick Arundell
, contact Patrick on Facebook or Email.
With the Moon in Pisces merging with the ethereal energies of Neptune, we might find ourselves prone to daydreaming or to losing ourselves in a book or movie. 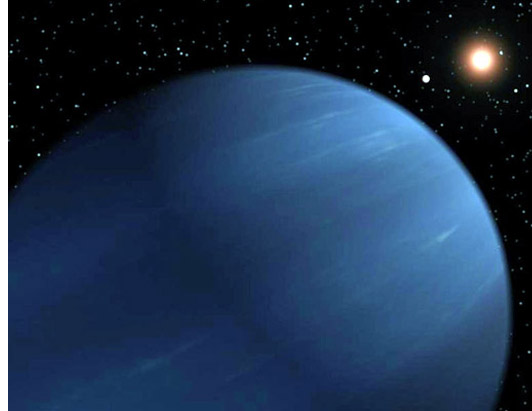 With the Moon in Pisces merging with the ethereal energies of Neptune, we might find ourselves prone to daydreaming or to losing ourselves in a book or movie.

However, we might also find we are more open to the moods and feelings of others and this could prove advantageous in certain situations. For your FREE Daily Horoscope Monday 30th January 2017 please see below...

As Uranus in your sign settles into its forward stride, Jupiter in your relationship zone is preparing to rewind, which it will do at the end of the week. And though it might seem that someone is losing interest in a joint plan, this may not be so. Instead, it can be that their attention is diverted and that focusing on projects with a more independent bias is better for you right now.

A lunar connection to the ethereal energies of Neptune can be a cause of confusion, especially when it comes to organizing a get-together or a team project, which is why double checking any key details can fend off the potential for mistakes or misunderstandings. But the bigger picture hints at an unexpected encounter which could gift you with a new dazzling opportunity.

There are dreams and there is reality which is why the present line-up encourages you to consider both when looking ahead to the future. Without a vision of what is possible, the weeks and months ahead may seem rather dry. But an imaginative plan can nurture the soul and this is where a key influence encourages you to shape it not by denying the facts, but embracing them.

This can be an opportune time to consider how well your plans for 2017 are coming along and whether they are feeling good. You may have started out with certain ideas that perhaps don't feel as pleasing as they once did. Making a decision now to shift your focus or to tweak them so that they really sparkle for you can add a new dimension that might make all the difference.

A piece of information that you perhaps hadn't realized the importance of just a few weeks ago could now reveal itself to be very significant indeed. If this is the case, then you might wonder if your instincts, which are often so reliable, have let you down. But it's also possible that they were conveying a message that you may not have been ready to embrace at that time.

The image you have of yourself should be fairly close to the truth, unless you've been listening to what others are saying about you, in which case this may have morphed you into a caricature of who you really are. The stellar picture though suggests that rejecting extremes of flattery or even criticism and being utterly realistic are going to be the very best benchmarks for you.

You know what would bring you satisfaction Libra, which is why only you can decide which course of action can satisfy you most. Whilst you may find others are full of good advice, even if well meaning, it may fail to impress you. With Jupiter in your sign set to begin its rewind, adopting a flexible approach will be the wisest, as your idea of what's important can yet shift.

You could find it difficult to keep your thoughts to yourself over coming days, which is perhaps all the more reason why it may be helpful to do so. If you're intensely passionate about an idea of yours, then the temptation to share it may be great. Mind, your plan could lose momentum if you discuss it with others. Keeping quiet though can enable it to come to fruition more quickly.

While the presence of Saturn in your sign may have tested you over the last two years or so, it has also encouraged you to overcome perceived limits, while still being realistic about your core expectations. Over coming weeks though, the presence of Mars in the most dynamic of sectors can fill you with optimism and see you reaching for the stars. Go for it, Sagittarius.

Minor differences could turn into a situation in which key principles seem to be at stake, and this may come to a head because Mercury, the planet of communication, links with both the rebellious side of Uranus and the intense energies of Pluto. Is compromise possible? The Moon's tie with Neptune can offer a window of opportunity, but your horoscope suggests you will need to put yourself in another's shoes.

The current celestial map can see you focusing on the past and on how things might have panned out if circumstances had been different. But with feisty Mars now encouraging you to seek out new opportunities, some of these could prove highly appealing. You can find yourself becoming engaged with exciting opportunities, and perhaps making it easier to move on too.

As a more dynamic focus gathers pace, you may find it quite exciting to go against tradition and make up your own rules. And this trend might prove a talking point in your social circle if you adopt a more independent course of action. However, if you have felt constrained by the ideas and ideals of certain friends or groups, then this approach could prove rather liberating, Pisces.