2016-09-02T00:00:01Published: Monday, 5 September 2016
by Patrick Arundell
, contact Patrick on Facebook or Email.
As the Sun moves to make a positive alignment with Pluto this can be a time of decisions that could change things for the better. 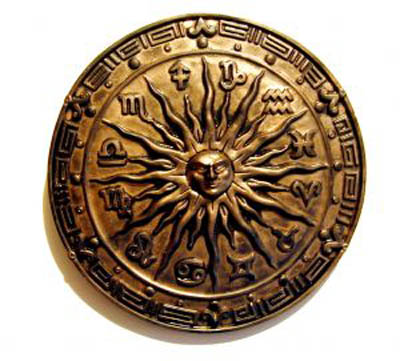 As the Sun moves to make a positive alignment with Pluto this can be a time of decisions that could change things for the better.

It may seem that what we have decided is relatively minor, but further down the line we might realise how big an impact it has had. For your FREE Daily Horoscope Monday 5th September 2016 please see below...

The Moon opposes Uranus in your sign today, cutting across your relationship axis and potentially spotlighting differences between you and others. This can though encourage you to follow your own star rather than compromise. Despite this, a super influence heads your way later this week with Jupiter moving into your zone of relationships. A vibe to really savour.

Present influences suggest your wellbeing may shape key decisions, and that your schedule would benefit from time for fun as well as virtue. Letting go of habits that no longer serve you while adopting those that increase efficiency, can be a good move. In a few days time though, chances are your vitality will increase, as can your appetite for good food and for life.

The ongoing Saturn Neptune connection reaches a peak, though will still be in force until next month. From this point on the influence will gradually fade. However, as it loosens its grip you may become aware of how certain ongoing worries have so far failed to materialize. You might also realize how big a part your imagination has played in keeping them active.

As the Sun makes a positive connection to Pluto you could find yourself getting quite passionate about someone, or perhaps a subject or cause they're associated with. While this is all well and good provided it stays within limits, there is a chance that your interest could become an obsession. Your horoscope suggests you use the power of this, but shape it within sensible boundaries.

The Moon facing off with Uranus could add an awkward edge to the day, especially as you may need to make an announcement that might not be so popular. However, with Jupiter about to move into your sector of communication later this week for a year long stay, liaising with others could soon avail you of many opportunities to get involved and showcase your skills.

While the Sun is in your sign and making some potent connections, this can be an opportunity to take stock of how you are using your time. It's very likely you have been busy, especially over recent weeks, and may have more to tackle than usual. However, are you able to relax and unwind, Virgo? If not, you may need to make a few adjustments to allow for this.

Although your thoughts may have revolved around resolving issues, some of which might have had a serious element to them, the coming week can be the start of a more upbeat phase. This is because Jupiter, the planet of opportunity, will move into your sign, increasing your confidence and your faith in yourself over the long-term. This can be very significant for you, Libra.

With the Sun in a compromising position, you could feel you're being badgered to commit to a plan or project that you're having second thoughts about. However, is it really worth getting involved and what is the cost of doing so? Contrast this to another offer that you may be a lot more excited about and it's likely no contest. Perhaps it's time to follow your heart.

The current backdrop hints that you may need to face up to an issue that you'd prefer to ignore. However, the Sun's positive connection with Pluto can reveal that doing so could be rather empowering. The worst aspect of not tackling a key matter can be that nagging feeling of being in the dark. Once you understand what you're dealing with, solutions can be found.

While it's always helpful to respect authority figures, there's no need to go to extremes, in doing or not doing so. In fact, the Moon's oppositional link to Uranus can stir up a degree of rebellion, encouraging you to think for yourself rather than take advice that may not be suited to your situation. You might even find this same person admires your original approach.

As Mercury rewinds in a critical sector of your chart, it can be helpful to get feedback on a project or idea that might involve a large sum of money. Although some of the advice you get may offer up one or two criticisms, try not to take them personally. You may find that on reflection it is more helpful than harmful and could make a positive difference, Aquarius.

With Jupiter in the last degree of your sector of relating, prior to moving into Libra later in the week, you may get a second opportunity to take one connection further. Yet, Mercury in its retrograde phase may encourage you to think very carefully about this matter and perhaps too much. If you find the thought revolving around your head, best to tune into your sixth sense.