2016-07-07T00:00:01Published: Saturday, 23 July 2016
by Patrick Arundell
, contact Patrick on Facebook or Email.
The Moon in Pisces can bring an opportunity to reflect on an emotional issue and where possible to let go, so as to feel a little easier about it. 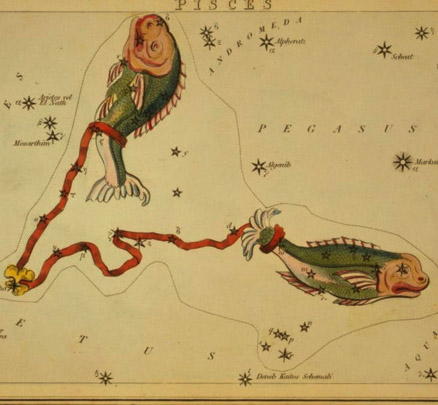 The Moon in Pisces can bring an opportunity to reflect on an emotional issue and where possible to let go, so as to feel a little easier about it.

Moreover, a lunar tie to Jupiter can help us to see the bigger picture concerning this matter, as it we take a step back we may note that it can have an upside too. For your FREE Daily Horoscope Saturday 23rd July 2016 please see below...

With the Moon in a private sector of your chart linking to Saturn and Neptune, you have an opportunity to confront issues that are quite sensitive. Even so, with Neptune now rewinding in this zone, it's possible you've already made some advances in this area. What might contribute further to your progress is a look at your beliefs, especially those that may be ingrained.

Friends may have the ability to wear away your resistance to their plans, which could be disconcerting. In fact, lunar ties suggest that even if you're adamant that you don't want to join in, you may do so anyway. Would it really be that bad? The cosmos reveals that if you let go and go with the flow you may start enjoying yourself, which could be just what's needed.

The present backdrop suggests you may be keen to make changes that can improve your quality of life. In fact, with an edgy Saturn influence ongoing, this might push you into taking some of your biggest ideas more seriously. However, the current Moon Pluto connection suggests that by making a decision over coming days you'll be further empowered to aim high.

Something you hear or read could give you an idea that seems too good to be true. Is it though? The Moon in the imaginative sign of Pisces reveals you may see potential in an opportunity that you hadn't appreciated before. Now is the time for action Cancer, as although the present line-up can make you aware of your fears, it could also encourage you to overcome them.

The Moon's connection with Neptune in your sector of change and metamorphosis suggests letting your imagination run wild, as you may unwittingly hit upon answers to issues you've been keen to resolve for some time. Allowing your thoughts to travel along new channels may free your mind and open it up to other perspectives, and it's this that could prove so revealing.

You may make quite an impression over this weekend, but the question is will it be the right one? The present picture, which involves ties to Neptune and Pluto, hints at undercurrents over which you may have no control. However, although you might not be able to change someone's immediate reaction to you, your horoscope suggests good conversation could certainly help to break any ice.

What seems like a moment of weakness this weekend could be a sign of strength. Even so, someone could make you feel guilty for choosing to give in to your feelings. However, there are times when following a whim or giving way to a desire for something can be good for us. Indeed, while discipline is necessary, there can be such a thing as too much of it, Libra.

With a scintillating blend of energies in your sector of goals and responsibilities you may find that whatever you need to accomplish is easily done and quite enjoyable. Therefore, even if you have to work hard to meet a deadline it could seem more like a pleasure than a chore. Add a little creative magic and the end result might prove to be even more impressive, Scorpio.

You may give yourself more to do than is necessary, particularly when it comes to domestic or family matters. Perhaps you've noted a certain number of jobs that only you can do and that have been pending for some time. Though your instinct can be to wade in and get them all done as soon as possible, spreading the load would certainly be much easier for you.

The planets ask if you are set to put someone on a pedestal even if you don't know much about them. The Moon's link to Neptune can encourage you to see this person through rose-tinted glasses. However, a lunar tie to Pluto may mean that another less attractive side of them can also be revealed, and you'd be wise to take note of this, even if reluctantly so.

The weekend looks to be upbeat and sociable with positive energies in your sector of relating suggesting you won't be short of invites. However, other influences reveal the importance of being in the right company. You could feel you have to tolerate someone, even though you may be paying a price for doing so. Be firm and be sure to say no if you feel you need to.

You may feel that bending the truth is the only way to avoid admitting to a mistake. In fact, the embarrassment of owning up to something you've done may be the reason you're contemplating a little white lie. But it may also be because you fear others will judge you and you'll go down in their estimations. And anyway, if you're honest, they might like you even more, Pisces.