2016-02-07T00:00:01Published: Saturday, 6 February 2016
by Patrick Arundell
, contact Patrick on Facebook or Email.
Venus and Pluto are exactly side by side today. This can really raise the temperature in the sensuality stakes, but also bring to the fore any control issues in an on-going tie. 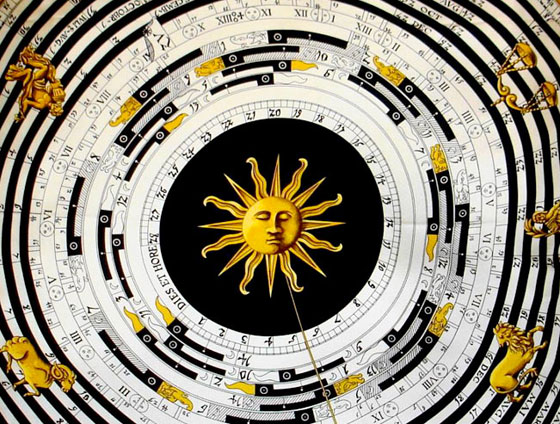 Venus and Pluto are exactly side by side today. This can really raise the temperature in the sensuality stakes, but also bring to the fore any control issues in an on-going tie.

Ordinarily when these two get together, extra passions are roused, but also people can be incredibly charming in going for what they want, not just in love, but in loot too. Watch out for someone who lays this on with a trowel. But the Uranus square can make this particularly turbulent. For your FREE Daily Horoscope Saturday 6th February 2016 please see below..

You may have some wonderful ideas about how you can realize an ambition, no matter how big or small. However, considering today's unruly blend of energies, with a similar picture showing up around the New Moon on Monday, it may be best to hold back for now. When you resume your activities next week, fresh perspectives can then spur you on.

Distracting influences may be inevitable over the days ahead, and you may feel you have little control over them. Add to this a desire to be efficient and ahead of the game, and you could find yourself feeling flustered. However, this attitude won't be helpful to you. Instead, try to relax. Be philosophical about changes and think what will be, will be.

Although the Moon in sober Capricorn can encourage thoughtful decision-making and well-timed actions, a more impulsive influence might inspire you to hurry things along. Rather than being useful though, it could cause mistakes and frustrate those who rely on you. While efficiency may be what you're aiming for, rushing probably won't help.

As Venus aligns with Pluto in your sector of relating, you may be more sensitive to other people's words, especially those closest to you. And, as this influence ties with Uranus, one person may be more outspoken than usual. You can either respond as if everything they say matters or nothing matters at all. If you choose the latter, are you really sure?

If you're trying to right a wrong, be sure that you don't go and make things worse for yourself in the process. You could reach a point over coming days when despite your best efforts, things don't get better and could indeed get worse. There is another possibility and that is to leave it alone, which might allow space for the issue to resolve itself.

Today's planetary set-up can mean you're hungry for certain experiences and ready to go to great lengths to get what you want. There could be a compulsive quality involved here though, which doesn't guarantee the best results. You may be better to stop chasing after a certain something and instead wait for it to come to you in its own time.

Being the diplomat you are, you often have a way with words which puts others at their ease. However, your ability to keep the peace may be put to the test over coming days, unless you can keep your cool. Even so, there are times to keep quiet and times when you need to speak out. If a certain situation needs nipping in the bud, be prepared to do so.

The more someone tells you that you're probably being misled, the more you may go out of your way to prove them wrong. Nevertheless Scorpio, you often pride yourself on knowing what's good for you, even if isn't always in your best interests. And if you make a mistake today you'll probably prefer it to be of your own making than be anyone else's.

A new approach to a money matter may be required, especially if you've tried various ways to resolve it. However, it's possible you've been influenced by friends and family, and their spending habits and financial outlook over the past years. Instead, referring to your own thoughts on this might help you make much better progress during the week ahead.

You may be in demand, with more than the usual amount of invitations coming your way. Don't feel you have to accept all of them though Capricorn, as you can't please all of the people all of the time. Indeed, Venus's link with Pluto suggests that there may be one person who you're keen to talk to, so opt to spend quality time with them first and foremost.

You may be ready to bring one regrettable saga to an end, but the way in which you do so can matter a lot. If you're too easy going you may give the impression you're a push over. Instead, it will be better to speak from a position of integrity and lay down a few conditions while you're at it. By doing so, you'll reduce the chances of this being repeated.

While flattery is all well and good, you may get the impression that someone is going way over the top. And Pisces, you might be right. If their comments leave you feeling wary rather than pleased, then you'd be right to wonder what their motives are. Then again, one friend can take on a very, very alluring vibe. This could surprise and intrigue you.

Sweet Venus in Aries makes a positive tie with Mars in Gemini, highlighting romance and the urge to fulfil a desire.

The Moon in Aquarius forges a pleasant angle with Mercury in Aquarius, which could cause us to reminisce.

Communicative Mercury moves into fiery Aries giving us more of an incentive to speak up and express our ideas, views and opinions.