2016-09-01T00:00:01Published: Sunday, 11 September 2016
by Patrick Arundell
, contact Patrick on Facebook or Email.
Venus angles awkwardly towards Pluto, meaning that over the coming days our feelings could intensify concerning a key relationship. 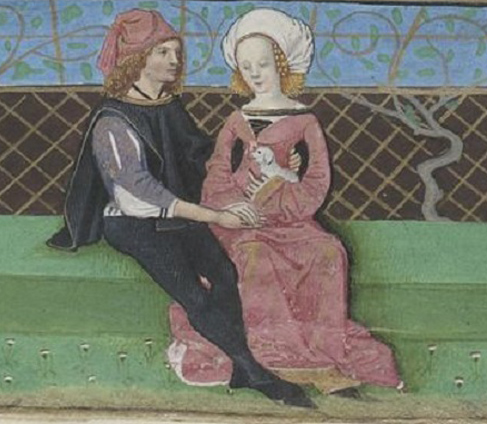 Venus angles awkwardly towards Pluto, meaning that over the coming days our feelings could intensify concerning a key relationship.

We may find, though, that the more we try to make things happen the way we want, the more they appear to go in the opposite direction, unless we can go with the flow. For your FREE Daily Horoscope Thursday 11th September 2016 please see below...

There's an interesting astral line-up over coming days, which suggests that though you may be tempted to act on the spur of the moment, restraint may be better. Venus's connection to Pluto could see you lusting after an object or even a person. Obsession is possible but even if you get what you want, you may find it's not as pleasing as you anticipate.

Don't take what others say too seriously this weekend, as although genuine in offering compliments, friends could be saying what they think you want to hear. And indeed, other edgy aspects, including a Venus Pluto angle, hint that someone may have a hidden agenda. So, if you find that someone is being too sweet and accommodating, think why this might be.

If you're tiring of your present social scene, then the time may be ripe for change. With Jupiter newly in your pleasure zone, you have a golden opportunity to be more adventurous when moving in new circles or joining groups. On another note, a potent Pluto link suggests that a budding romance could become more passionate. Avoid rushing things overly though.

It may be difficult to see the whole picture concerning a home-based project, particularly if it involves a lot of money. A sassy blend of energies could tempt you to be quite ambitious in this regard. Because of this, it may be wise to resist making a snap decision. To ensure a solid investment, it is essential that you do some thorough and detailed research, Cancer.

With Venus, the planet of relating, in your communication sector, this is an excellent time to let those you care about know how much they mean. Nevertheless, as Venus also links with Pluto, there could be a temptation to interject in a situation in order to obtain something highly desirable. If this is noticed by someone else, they may not appreciate it.

Although a key aspect can encourage people to take the easier route to getting things done, this is not something you should consider. With your guide planet Mercury still rewinding but moving closer to the Sun, be conscious of how exacting you need to be regarding a project or business proposition. By going that extra mile you could do extremely well out of this.

The Sun's link with Mars along with Venus's connection to Pluto can spotlight key differences between you and others which you could find trying. But with the exuberant Jupiter now in your sign, this suggests putting yourself in the other person's shoes can give you more insight. If you know what they want then finding a compromise may be possible, Libra.

Your horoscope reveals it might be wise to steer clear of those who tend to annoy or irritate you. There may be a number of reasons why they feel they can do this, but deep down they probably know they're playing with fire. However, there's no need to react, as what they give out may come back to them, albeit from another source. Laughing this off may be the best response.

It's probably best to keep your plans and thoughts to yourself over coming days, as you could give too much away without realising it. Though you generally like to be friendly and upbeat, the current Venus Pluto tie suggests someone could jump on this opportunity and use it for their own ends. If an idea is really important to you, keep it close to your chest.

A plan to win someone over could backfire, but especially if you come across as trying too hard which could seem like you are being pushy. If you really want to impress, try to be as relaxed and natural as possible. Forgetting about yourself and doing something helpful for the person in question might encourage them to be more aware of your presence and qualities.

As Saturn in your social circle links to Neptune in your financial zone for the third and final time this year, you may be anxious to bring an end to any saga affecting your finances. However, other planetary influences suggest that if you're to be successful you'll need to be so from a position of strength. If you make it too easy, it could be seen as a sign of weakness.

The present blend of energies could make you wonder whether someone is jealous and perhaps trying to undermine your efforts. However, with some edgy angles showing up over coming days, it's possible that you may be feeling very sensitive to events in general. It may be wise not to take anything too seriously at this time, and especially yourself, Pisces.