2019-03-01T00:00:01Published: Sunday, 17 March 2019
by Patrick Arundell
, contact Patrick on Facebook or Email.
With the Moon in Leo making an awkward angle to Jupiter we may be inspired to make a bold move and yet hesitate to follow through. 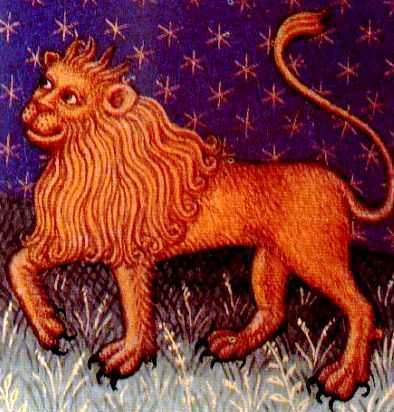 With the Moon in Leo making an awkward angle to Jupiter we may be inspired to make a bold move and yet hesitate to follow through.

Although both planets benefit from being in dynamic fire signs we might need a motivational pep talk to get us moving. For your FREE Daily Horoscope Sunday 17th March 2019 please see below...

Today's edgy Moon Uranus tie may coincide with a fleeting but impulsive mood. Because of this, it's possible you might overreact to someone's ideas or one of their more excessive demands, even if you don't mean to. Don't let the potential for a minor outburst affect more important plans though Aries. Need to let off steam? An outlet such as exercise could certainly help. 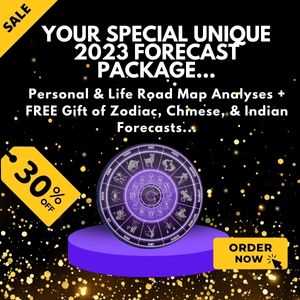 The emphasis on expanding your circle of friends continues. But along with this, there is a focus on healing the past, especially if a friendship or romance is reignited. If you have a mind to gently talk things over it could pave the way for a positive new start. Today though, don't over plan, as an unexpected visitor could show up, and something they suggest might brighten your mood.

If you are working hard to get something done, then today's disruptive alignment between the Moon and erratic Uranus suggests you could veer off track. And it may be a social call or invite that entices you to down tools and stop for a chat. There's no harm in this if you can work around it, but if it means that you might break a promise or let someone down, try to resist.

If you've felt pressured by the work you have on, the presence of sensuous Venus in Aquarius can encourage you to detach and enjoy some personal time relaxing or perhaps going on a short trip. There certainly seems to be a build-up of energies Cancer, that may lead to the completion of a project. But it won't help to keep pushing past the point of tiredness, so try to avoid doing so.

The lingering tie between focused Saturn and fuddled Neptune, may coincide with a situation that you can't seem to get to grips with. Just as you think you've got a handle on it, it could shift again Leo. And with logical Mercury continuing to rewind, there is even more of a potential for snafus. This influence is fading though, so you may find answers, and sooner than you think.

As communicative Mercury aligns with calculating Pluto, a conversation you hold could prove to be a turning point. Don't push the person in question to agree to anything though, as doing so might mean they refuse to co-operate. Adopting a relaxed approach to the whole issue could make quite a difference to the desired outcome, and it may then be more likely to happen.

Reaching an agreement could be fraught with problems unless you stick to the facts. However, ascertaining what these are might not be easy either. Plus, with articulate Mercury continuing in its rewind phase, it may seem like everything is stuck. It is worth persevering though, as a strong Mercury Pluto tie suggests you can get there in the end, even if you do have to compromise.

You may be poised to harness intense emotions, and power your way through obstacles to getting or achieving something important. And you could have extra leverage at your disposal now, as informative Mercury may encourage you to be more persuasive in a situation in which you might normally let things be. A show of strength could signal to others just how determined you are.

If you have things to sell Archer, then it might be an idea to look at how much they are worth, as something you are ready to part with may be more valuable than you think. You could be fooled if it has a slightly shabby appearance, but it could be priced at a pleasing sum that you hadn't expected. Plus, your horoscope suggests an encounter could pave the way for a golden opportunity to emerge.

Variety is the spice of life, so if you've found yourself too busy lately, then it may be time to do something about it. And with instigator Mars urging you to seize new experiences, this is certainly the time to give yourself a break from routine and allow yourself to explore new interests or to enjoy an outing. You may discover a hobby or pastime that really calls out to you.

As the fiery Leo Moon angles towards innovative Uranus, an unexpected happening could bring a minor crisis your way and ruffle domestic feathers. It's possible that something you've taken for granted may be about to break, and it could be a small but well-loved household item or a gadget. If it does, this could be a sign that something more efficient may be along very soon.

You not only have a chance to expand your reach, but also to go deeper and look beneath the surface. This dual option can offer a very special opportunity, helping you to explore new territory while also uncovering resources you never knew were available. As a result, you may find you're already set-up to realize a long-held dream, you just need to make a move Pisces.

The Moon and Neptune merge in Pisces, so we'll be more sensitive to atmospheres and to any conflicts and bad news.

The Sun in Aquarius aligns with Jupiter in Aries, putting us in an optimistic mood and inspiring us to take a leap of faith.

The Moon merges with Venus in Aquarius which can find us is a convivial mood and eager to socialize.

Energizing Uranus turns direct from today in the sign of Taurus, inspiring us to make changes we've been mulling over.

Today's New Moon in Aquarius is perfect for taking the first steps regarding a goal or dream that has been on our wish list for a while.