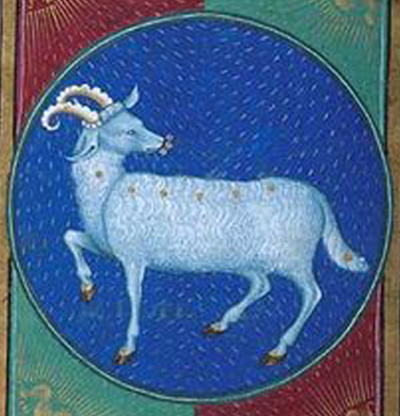 The Moon in Aries and its link to Mars in Sagittarius can make for an action packed day.

In fact, we might enjoy tackling an obstacle or niggling issue because we have the energy and confidence to succeed, even if it is demanding.  For your FREE Daily Horoscope Sunday 21st August 2016 please see below...

This looks to be an empowering day and one in which you might achieve much if you set your focus. The Moon in your sign links with Mars and Saturn, which can boost your staying power and stamina. Whether you're working on a detailed project or going for a long day out, the key is going to be preparation and persistence, and it seems you'll juggle both superbly.

A plan may be forming in your mind that could put an end to some of the issues you've been experiencing lately, whereby others seemingly whittle away at your time and resources. In fact, today's blend of energies can see you putting your foot down by taking action to prevent certain people taking advantage. If you do, soon enough the message should sink in.

It looks like others will come out in support, especially if someone in authority has been making life awkward. If you can't get any satisfaction, a friend with experience could help change things for the better. In addition, today can be excellent for family gatherings and entertaining at home, so if you've anything planned it should be a delightful occasion for all involved.

A tinge of ambition could be the reason you're keen to get on with a project, even though it might involve hard work. However, there's a chance you may be taking this matter too seriously, when it might be better if you adopted a lighter approach. While it's always nice to be appreciated for a job well done, don't make it so hard on yourself you end up regretting your decision.

With the Moon in sassy Aries, you may seem bright, breezy and carefree to those who know you. But a developing connection between Mars and Saturn suggests that you could be a little anxious about an issue, and that this might intensify over coming days. If you make a decision to tackle it rather than push it aside, you may find you begin to feel better, Leo.

With Mercury, your ruler, binding ever closer to Jupiter, your self-belief can soar and could encourage you to make a bold move. However, there is a chance that you might be tempted to go to extremes, especially if you're excited about the potential an idea seems to hold. To make the best of this opportunity and the excitement generated by it, consider any risks first of all.

Your horoscope could encourage you to take a short cut, especially if it helps you to sidestep a boring or complex task. However, as Mars gets closer to aligning with Saturn you may find that others become progressively more pernickety over the days ahead and may catch you out. Therefore, if you want to stay on good terms avoid tempting short cuts, Libra.

The Moon's link with Mars and Saturn can see you making the best of an opportunity to earn extra cash. And even if it's money on the side for one or two treats it is still worth your while. The wider perspective can see you making a good effort to improve your cash flow overall. Indeed, the current blend of energies encourages a dedicated focus to get the ball rolling.

As Mercury aligns with Jupiter in the topmost sector of your chart, a conversation with an influential person could prove very stimulating, perhaps encouraging you to broaden your horizons by learning a new skill or getting a qualification. This link can also stimulate smaller goals, whereby someone may feel moved to help you out - and rather generously at that.

You may have an instinctive desire to push ahead with an idea that represents a leap of faith. Yet, as Mars draws closer to Saturn, your ruler, it could stir up the memory of past experiences where a similar plan may not have gone as well as hoped. Over coming days a new determination can entice you onward and as a result can see you making progress.

A constructive conversation can be the catalyst that enables you to forge an agreement with another regarding a worthwhile project. In fact, you might find that they prove a steady partner and one that can be relied upon to get things done. Mind, if money is involved in the equation, then don't leave such matters to chance. Try to set clear terms of reference.

The more others suggest you're primed for success, the more you should take their words with a pinch of salt. In fact, as Mars and Saturn link at the top of your chart, the resulting focused influence could coincide with an opportunity or even a promotion. However, there may be a lot of work involved. Once you've reached a key milestone, you'll likely feel more relaxed.