2016-04-01T00:00:01Published: Sunday, 24 April 2016
by Patrick Arundell
, contact Patrick on Facebook or Email.
With four retrograde planets currently on the go, there may be times when we feel uncertain of our path ahead - and also of our motives. 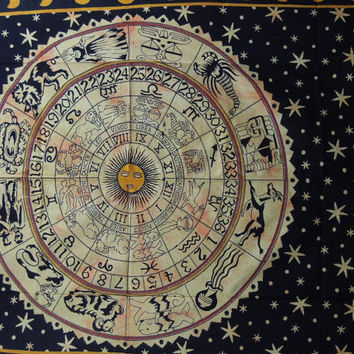 With four retrograde planets currently on the go, there may be times when we feel uncertain of our path ahead - and also of our motives.

However, this can be counteracted by the down-to-earth Taurus focus, encouraging us to take things one step at a time rather than rush ahead of ourselves. For your FREE Daily Horoscope Sunday 24th April 2016 please see below...

With the lively Venus Uranus tie urging you to have fun, you may need to keep your priorities in check at this time. The ongoing Jupiter Saturn tie can make you aware of responsibilities that you can't ignore, much as you might like to. And, although you might want to pack as much as possible into the weekend, energy levels may need to be monitored in order to do so.

With Venus making a dazzling connection in your psychological zone, a revelation could change the way you interact with a certain person. Perhaps you'll intuit something you hadn't noticed about them that makes you realize how different they are from you. Will this affect your bond over the long-term? Only in the sense that you might appreciate them even more.

Are you on the verge of making a decision? If you are, Mercury's presence in the psychological sector of your chart can enable you to better connect with your feelings. While certain conflicting influences could mean you're having difficulty knowing what to do, try to be self-reliant. You could ask a friend, but may be better to heed those subtle inner promptings.

Jupiter's ongoing conflict with Saturn may reveal itself as obstacles to a project or even an adventurous idea you've been working on for some time. In fact, as Mars continues its edgy aspect to Neptune, the path ahead may not be as clear cut as you'd like. Bearing this in mind, take each day as it comes for now. Even so, some contingency planning might help.

With equable Venus engaging with quirky Uranus in a more adventurous area of your chart, a surprising turn of events could see you connecting up with someone who is as attractive as they are unpredictable. However, don't neglect other plans in all the excitement, as a friend you've known for years could feel hurt if you call them to cancel a planned evening out.

Much as you like to get things done, it's your thoughts rather than your actions that might serve you best over the days ahead. With Mercury well placed in regard to your sign, your ability to see a difficult issue from a new perspective could help you find a solution. However, the Venus Uranus alliance could see you splurging impulsively unless you can stop yourself.

With both Mars and Saturn rewinding in your communication sector, patience may be required when interacting with another, especially if they have the upper hand. You'll be unlikely to get anywhere by hurrying things along. Your horoscope reveals you may have to rely on your natural diplomacy and tact to see you though, even though other awkward influences could make this difficult.

Ideas don't cost anything, whereas putting them into action can. Over coming days, one plan could prove pricey unless you take action at the outset to reduce costs. However, someone's suggestion could be very useful in this respect if it helps you save your hard earned cash. This might not stop you from using your money to make an impulsive purchase, though.

Has someone told you that an idea of yours can't be done? If they have, you may want to prove them wrong. Yet, with Mars angling towards Neptune try not to take a short cut that could backfire and cause embarrassment. If you want to impress, take your time with preparations so that you can't help but make a good job of it. As a result, you'll go up in their estimation.

Are you involved in a situation that is not of your making? If so, then your thoughtful approach might not be in their best interests. With a powerful focus on your sector of selfless action you could relieve the person in question of the opportunity to resolve the challenge themselves and grow through the experience. By all means inspire Capricorn, but allow them to get on with it.

An encounter or event over coming weeks could convince you that you need to broaden your social horizons. It doesn't have to be a major change, as a new friend or interest could strongly impact your quality of life. Don't worry that it will be a waste of time either, as exploring new options can be well worth the investment and may lead to further opportunities.

Does someone in authority appear demanding and difficult to approach? If they do, it may not be for the reasons you think. However Pisces, it's important to act with confidence around them so as not to feel intimidated. The combined retrogrades of Mars and Saturn suggests they may have their own troubles to worry about, and their mood is nothing to do with you.