2016-04-01T00:00:01Published: Sunday, 3 April 2016
by Patrick Arundell
, contact Patrick on Facebook or Email.
Lunar links to both Saturn and Uranus combine forward thinking along with common sense. Will it enable us to make the most of an innovative idea? It certainly looks like it! 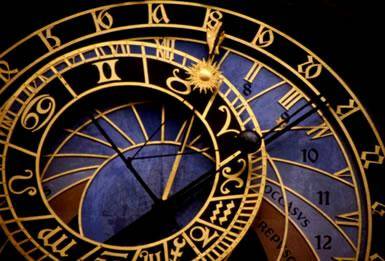 Lunar links to both Saturn and Uranus combine forward thinking along with common sense. Will it enable us to make the most of an innovative idea? It certainly looks like it!

We can also benefit from Jupiter's empowering tie to Pluto and the passion it brings to our current plans and ambitions. For your FREE Daily Horoscope Sunday 3rd April 2016 please see below...

If you're having trouble getting ahead it could be because you're trying to do so with one foot on the accelerator and one on the brake. It's not your personal fault, but the nature of current influences around you that can cause you to doubt your path, while secretly hoping it will pan out anyway. To avoid frustration, focus for now on what is working for you, Aries.

The advice of a friend could add another layer of confusion to an already complex situation, so be determined not to be too influenced should this occur. When considering your next steps you may not have a clear strategy either, especially when it comes to finances or important relationships. If you are very unsure, focus on what you can affect.

Certain people, even someone close, may seem changeable. They might be inclined to be upbeat one minute and stand-offish the next, which could leave you speculating why this may be. There are a number of potential reasons, but it's very likely that none of them involve you personally. If you can understand that, you'll be much less adversely affected by their moods.

Are you being realistic concerning a plan or ambition or will you be tempted to make a snap judgement? Your horoscope suggests you could be influenced by what others have achieved - or failed to achieve, but is this really the best benchmark? Instead, work steadily within your means. Insulate yourself from the activities and attitudes of those around you.

While the Sun's connection with Saturn can see you making slow but steady gains, Pluto's continuing influence suggests you might be rather impatient to achieve results. You may consider whether it's worth taking some short cuts or looking to others to see if their help gets you there faster. In short, don't, as this approach might set you back even further, Leo.

While you may be depending on the co-operation of certain people, they may have other plans. In fact, sadly, someone may be hoping to turn your predicament to their advantage. Be guarded and watch out for someone who has the potential to be insincere. And anyway, when it comes down to it, you can be far better off counting on yourself than the support of them.

Don't ignore a spark of inspiration Libra, as it could be just what you've been looking for. If you've reached an impasse regarding an important relationship, then this brainwave might be the answer. However, it will probably show up when you're not thinking of anything in particular or engaged in relaxing activities such as a creative pastime or a walk in nature.

The words of an older member of your clan may be your saving grace today, especially if it helps you to put things in perspective. Today's lunar tie with Uranus suggests that it might be particularly apt, even if you don't explain your situation to this person in detail, there can still be an echo. Furthermore, blended with your common sense, you'll soon unravel this.

Should you stick with the tried and trusted or head in a more unpredictable direction? The present planetary set-up suggests it depends on how you're feeling. If you would rather have a relaxed day, then go for the former. However, if you're feeling restless and don't mind riding the waves of uncertainty for a time, you could benefit from an unexpected opportunity.

You may be picking up on subtle changes in mood or personality that tell you a lot about the state of play between you and another. However, today and over coming days you're being encouraged to make conscious decisions as well as to respond instinctively. Indeed, reflecting on recent events may bring you to a conclusion you may not have otherwise reached.

If you've tried many ways to get around a difficult situation without progress, why not ask the opinion of someone who does so as a matter of course? What you might really need is a different slant on things, especially if you've been dwelling on this issue for a long time. Such openness to advice may provide just the illuminating insight that you've been searching for.

Bolstered by an increase in confidence, you may decide to have another go at an idea that you've so far only trifled with. A steady, stabilising link suggests that you shouldn't expect this to be an immediate hit. It could take a lot longer to materialize than you hope, yet the things that evolve in this kind of way often endure the longest, Pisces.

Talkative Mercury aligns with trendsetter Uranus which can bring some innovative ideas and solutions into the mix.

As prudent Saturn squares off with electric Uranus powerful forces may be set in motion that could push us to make a major decision.

The Sun in Gemini squares-off with impressionable Neptune in Pisces which can mean that our energy levels dip.