2016-02-01T00:00:01Published: Sunday, 7 February 2016
by Patrick Arundell
, contact Patrick on Facebook or Email.
The Moon relocates into the logical Aquarius, which is perhaps no bad thing, for this can help to bring some detachment to any deeply intense issues that we are grappling with. 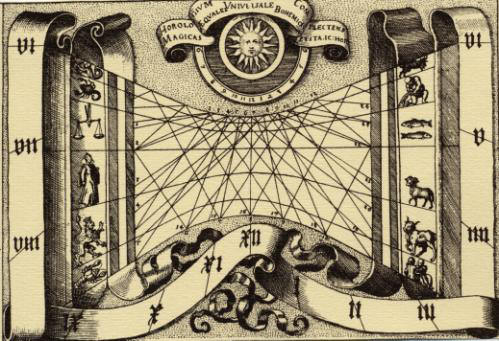 The Moon relocates into the logical Aquarius, which is perhaps no bad thing, for this can help to bring some detachment to any deeply intense issues that we are grappling with.

Still, Venus and Pluto are still very close, with Uranus on hand to rake up any issues around boredom with routines and restrictions. What can start off as a tender heart to heart could soon become something a whole lot more charged.  For your FREE Daily Horoscope Sunday 7th February 2016 please see below...

As Venus aligns with Pluto and Mars you might wonder where your real loyalties lie. Is it to a person or group or to a goal or other wider agenda? And although intense feelings may lead you to believe you know the answer, this may not be the whole story. Indeed, as the days ahead unfold you might be surprised to find it's none of the above at all.

Inspired by new ideas and attitudes there's much you can accomplish over coming days, although it's very unlikely you'll be able to do so by yourself. Bearing this in mind, this can be the ideal time to resolve a difference of opinion with another, as you could certainly use their help. Together you can achieve what might seem almost impossible otherwise.

The Sun's tie with Uranus can gift you with inventiveness and solutions that others might be interested in. As you tend not to hold back when in conversation, be careful you don't say too much regarding a plan that someone may want to know about. If they pick up on it and try it themselves, you could lose out. Simply don't give them that chance.

It can seem as though a difficult situation just got worse. But is that really so Cancer? The present planetary picture may be the reason, as it has both change and conflict at its core. Although the obvious answer may be to get stuck in, this might not be as effective as standing still and taking stock. If you do, soon enough you'll realize what needs to be done.

With tomorrow's New Moon heightening your sensitivity to atmospheres in general, you may be best to steer clear of people who seem pretentious. You'll know who they are as the very sound of them will likely leave you feeling irritated. Even so, it may be worth listening to someone who, though a touch pompous, could still impart some sound wisdom.

Above the present tension of planets in conflict, one influence can sound a note of reason, one that can be music to your ears. Indeed, Mercury's alignment with Jupiter can equate to a decision that, though a little boring and ordinary, may be preferable to other options offering some very attractive propositions, at a price you may not want to pay.

Tomorrow's New Moon can prove a bit of a tease if it seems you're about to benefit from an arrangement, when you likely won't. You'll be close, though! And it's this that can be so very galling if you've set your heart on a specific outcome. Nevertheless, other aspects reveal that if you're patient, you could actually get a much better deal over the longer-term.

You generally don't suffer fools gladly, and particularly those who try to wheedle their way into your affections. Even so, this is the scenario you may be faced with over the next few days, and for once you could be lost for words. Not because you don't want to upset such a person, but because their brazen charm may turn out to be somewhat endearing.

You may be conscious that something in your life is coming to an end. It may be a situation that you'll be glad to see the back of, or a turning point that requires you to let go of certain relationships or life approaches. Even so, tomorrow's New Moon hints that although this could prove to be an uncomfortable time, what awaits you can be so much better.

If relations with someone have been strained, now is the time to extend the hand of friendship and let them know that whatever happened, it's in the past. However Capricorn, it's essential you are sincere when you talk to them. If you show any sign that you're not, they'll soon pick up on it and it could stall the more accepting vibe you're hoping to create.

It's essential to identify what's important to you and to focus on this to the exclusion of everything else. This is because there are so many conflicting demands on your time that you might get very little done if you spread yourself too thin. If you know what you want then put everything else to one side, and make a concerted effort to get it.

Your thoughts may range far and wide, with the present blend of cosmic energies encouraging you to see the bigger picture and not to let everyday issues distract you from what really matters. Mind, you may feel irked if some friends don't appreciate a beautiful sunset the way you do. But then not everyone shares your spiritual perspective, Pisces.