2016-03-05T00:00:01Published: Thursday, 17 March 2016
by Patrick Arundell
, contact Patrick on Facebook or Email.
The Cancer Moon can heighten emotions and may even leave us a little edgier than usual. However, we might want to harness such feelings to complete a tedious chore. 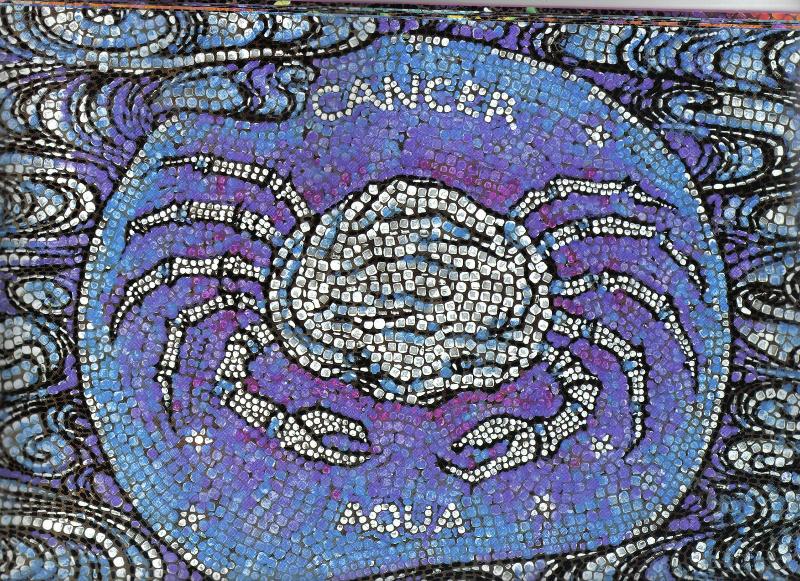 The Cancer Moon can heighten emotions and may even leave us a little edgier than usual. However, we might want to harness such feelings to complete a tedious chore.

Even so, with a full house in Pisces, we could find we're tuned into the moods and feelings of those closest to us, which could prove advantageous if we are in need of additional information. For your FREE Daily Horoscope Thursday 17th March 2016 please see below...

Over the next two days memories and childhood experiences could affect your feelings about a key relationship. You may feel more attuned to this person than usual, gaining insights into their nature and personality that you never noticed before. If you're mulling over a major decision though, it might be best to delay your decision until later next week.

The good times you've shared with friends could be the reason you're keen to get in touch. But you may be about to discover just how irksome a certain person could be. If you're planning a get-together then choose your guests with care, as this individual could get a perverse thrill about being controversial. Someone else mind, can grip your attention.

Just because someone says something that pushes your buttons, it doesn't mean they do so on purpose. As Jupiter continues its hard aspect to Saturn the trick is to avoid giving as good as you get, as it won't help. While Mars in your sector of relating suggests this is a good time to clear the air, only start a discussion if you can be tactful and are willing to listen.

Someone may appear to take in what you're saying, but are they really? The Moon in your sign and its connection with both Uranus and Pluto suggests they may nod and smile in agreement, then go off and do their own thing. Whilst this may be understandable if you're being pushy, if you're not, perhaps they just need some space, Cancer.

A mood of mild apathy could envelop you over the next day or so, making it hard to get down to anything strenuous. If you notice this Leo, it could be a sure sign that you need to take some time out. Indeed, this might be an opportunity to do some in-depth emotional clearing and process through any issues that require time and space in order for you to let go.

Are the terms of reference around one tie in need of an update? Even if so, you might be wary of doing anything about it now. If you do feel this way, it may be because you need to reflect more. Once the Sun moves into Aries and your sector of transformation next week, things can become clearer, and you'll know better what needs to be done.

If you have something to say, the heavens suggest you may be inclined to be a bit too diplomatic for your own good. But what if by doing so, you cause more problems for yourself? You do have other astral support however, in the guise of Mars which pushes you to overcome your diffidence and tell it how it is. You may feel better if you do, Libra.

Lunar links to Uranus and Pluto might add a touch of realism to the day, especially if a potential romance or other relationship seems too good to be true. Seeing things in an earthier way can protect you, and if you view your potential beau as a real person rather than putting them on that proverbial pedestal, it will be better for you both in the longer term, Scorpio.

The focus on your home zone can see you enjoying some personal space, but also an opportunity to get away from the hustle and bustle of life and create the time to listen to your inner promptings. You don't always find it easy to delve into your inner realm, but giving yourself the permission to do so can prove really cathartic and healing too.

This isn't the time to indulge in self-doubts, as the dynamic link between Jupiter and Pluto in your sign is still very much in effect, and is encouraging you to take a leap of faith. Doors may be about to spring open that you never knew existed, so be poised to take advantage. You are so very capable Capricorn, but reminding yourself of this can be helpful too.

What do you value most in the world? The present planetary backdrop might bring an event your way that causes you to think about this issue in some depth. And while material goods and personal resources may be on your mind, there are many things that money can't buy. And it is these intangible and spiritual gifts that you'll embrace most now.

Have any doubts? If so, it is not surprising given the ethereal nature of current astrological influences. Friends may have a very clear idea of what your path should be though, and it likely involves helping them with their plans. Yet, any indecision on your behalf should soon pass, but don't tie yourself into situations in which you could be taken advantage of.