2016-11-05T00:00:01Published: Thursday, 24 November 2016
by Patrick Arundell
, contact Patrick on Facebook or Email.
A very potent aspect between expansive Jupiter and the transformative energies of Pluto comes to a peak today, and could be very powerful. 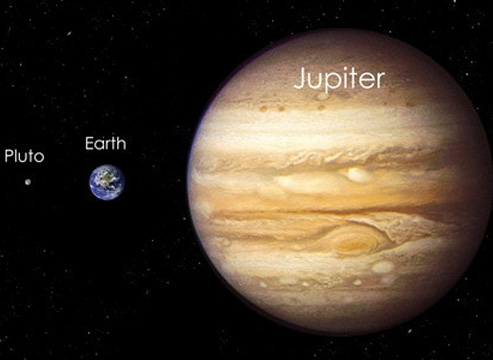 A very potent aspect between expansive Jupiter and the transformative energies of Pluto comes to a peak today, and could be very powerful.

We could feel compelled to follow a deeper urge that might encourage us out of our comfort zones. This can prove beneficial if we resist the urge to rush into anything. For your FREE Daily Horoscope Wednesday 24th November 2016 please see below...

Standing back and getting a fresh perspective will help channel the current powerful blend of energies in the most productive way. Perhaps your strongest impulse might concern a desire to impress someone in authority who has the power to help you fulfil a goal. Would you then feel indebted to them? Mulling this over before you commit can help you to get the best strategy.

A desire to grasp an opportunity could intensify over coming days to the point where it might almost override other priorities. This may be because it stirs up a need that calls out powerfully to be satisfied. While a more logical part of you may realise that this is not something to rush, it might seem as though you can't help yourself. If so, a leap of faith could be justified.

The present backdrop can see a relationship reaching a critical phase. Whether this is a friendship or has romantic connotations, something may need to be clarified. While close ones could offer their own thoughts on this, your strength of feeling will likely determine your actions and what they might entail Gemini. Solo? Someone important can enter your orbit now.

Whatever you have planned over coming days could take second place to a personal issue. The planetary picture suggests that there may be a compulsive quality in your interaction with another, making it difficult to know what's for the best. And while it is entirely possible to work towards a positive outcome, this might require a degree of mindfulness for this to unfold.

Less conscious forces can be a motivating factor over coming days, so what seems like a really great idea could be swayed to suit another more subtle agenda. And with the Moon in your interactive zone linking to feisty Mars in your relationship sector, your horoscope suggests it's possible that someone could encourage you further with this. Ultimately, remember it is your call though, Leo.

You may need to make a firm decision regarding a matter that seems to be running under its own steam. Over recent days it may have picked up speed and be moving in a direction that while exciting, could also require some care if you are to make the most of it. Though you might prefer to hold back and allow it to take its course, making a stand now could be productive.

You may feel your view is right regarding a family issue, which could result in a clash of ideas. However, with the Moon in your sign making a tie to Mars in a dynamic zone, you might find that rather than compromise as you might normally, you may prefer to speak out. Your inner voice of reason could tell you to back down, but on this occasion you might decide to ignore it.

Powerful but subtle influences could encourage a decision that can benefit from a more factual analysis. If you want it enough though, you may find it hard to pay attention to information that could act as a deterrent. Moreover, you may be tempted to bend circumstances to get the desired outcome, but will this bring as much satisfaction as a slower, more thorough approach?

This can be a day of excitement that promises much and that could pave the way for an opportunity if handled in the right way. However, it might be helpful not to believe what others say unless you can prove it for yourself. Get-rich-quick schemes spring to mind as do other ideas that offer much and give little. Mind, you could well make something of it on your own terms.

An instinctive desire for success or achievement could see you coming up with plans that might optimise your chances. Even the idea of winning a competition could set the inner fires burning with zeal, but so could thoughts of recognition. However, a more thoughtful blend of energies in the psychological sector of your chart could inspire you to simply do your best and let it go.

The present blend of influences can lead to greater self-awareness, particularly as they may seem quite intense. Deep feelings associated with childhood experiences could also impel you to make a decision that would require letting go of the past. Those closest to you might suggest that if you go ahead you should take your time and avoid rushing into anything.

Your instincts may be telling you not to take a friend at their word as they may have deeper reasons for wanting you to engage in a course of action. They may not realise why they're acting in this way, as it could be down to certain unconscious drives. If you can gently draw them into conversation Pisces, you might be able to steer things in a more constructive direction.