2016-05-05T00:00:01Published: Thursday, 26 May 2016
by Patrick Arundell
, contact Patrick on Facebook or Email.
Jupiter's angle with Saturn retro intensifies now and over coming days, which can feel as though we are taking one step forward and two steps back. 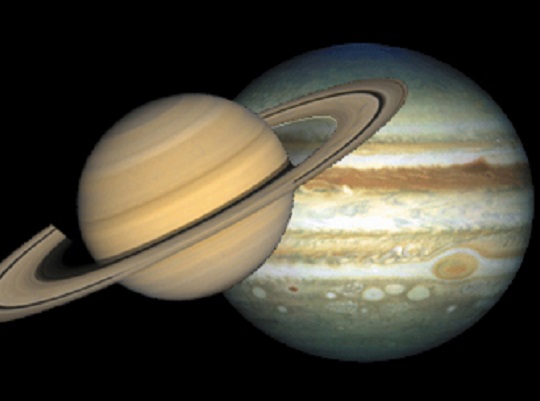 Jupiter's angle with Saturn retro intensifies now and over coming days, which can feel as though we are taking one step forward and two steps back.

To counteract this, it may be easier to tackle any obstacles one at a time, until the path ahead begins to clear. For your FREE Daily Horoscope Thursday 26th May 2016 please see below...

As Venus glides further into Gemini and Mars reverses back towards Scorpio, it may seem as though an opportunity is slipping out of your grasp, but is it? Even if you could snap it up, this may not be the best time to go for it. The bigger cosmic picture hints that this chance could well come around again in about ten weeks' time, when conditions will look more promising.

As Jupiter's angle with Saturn retrograde peaks, you could reach that point at which you feel enough is enough. If you can't seem to push ahead into new territory no matter how hard you try, the answer may be to do less. It's possible that the avenue you have been pursuing might not be quite right for you and that over the coming weeks something better can replace it.

If it seems as though a parting of ways is imminent, there's a good chance it's only temporary. Venus's face-off with the planet of action reveals Mars retracing his steps, soon to travel back into Scorpio. However, your horoscope suggests that the person in question needs to attend to unfinished business. As soon as they have done so, which could take time, they may be back again.

You may find yourself in the position of needing to give someone support when you already have enough to do. Indeed, Jupiter's tight connection with Saturn suggests you might feel duty-bound to help, even though your schedule is hectic. Personal development influences hint that you don't have to cope by yourself and that involving others can give you more leeway.

As the Moon shimmies into Aquarius and ties with Venus and Mars, it can enable you to detach from a certain connection or friendship, particularly if it has been somewhat trying over recent days. With Mars going into reverse into Scorpio from tomorrow, you may sense that a break could do you both good, offering a chance to pull back and think things through.

With the Jupiter Saturn link reaching its peak, you may wonder if there's an easier way to handle a task or responsibility other than the one you've recently adopted. In fact, key connections suggest there probably is, but that it might require some lateral thinking for you to see it. The Aquarius Moon though, might gift you with the insight needed to connect the dots.

If taking control of a certain situation has seemed difficult over recent weeks, then you may begin to note a sense of urgency. However, with the planet of responsibility currently drifting backwards and at a crucial point, the answer may not so much lie in making a decision, as in retracing your steps so you can better understand how you arrived to here first of all.

Mercury's upbeat connection with the expansive energies of Jupiter reveals this can be an excellent time to extend the olive branch, particularly if you've had a misunderstanding recently. However, even if you haven't, the fact that the planet of talk and thought is now in direct motion, hints that a key conversation can be both mutually rewarding and productive.

With Venus in your sector of relating opposing Mars in your sign, it may be that someone requires you to make a decision or commitment of some kind. However, as Mars prepares to head back into a more private sector of your chart, you may need time to think this over. It's even possible you might not decide for some weeks, but don't feel compelled to rush this.

With Pluto in your sign rewinding and Saturn, your ruler, at a crucial angle, the coming weeks and months present an opportunity to refresh your perspective. Indeed, there's a chance you may be more motivated to do so now than you have in some while. Furthermore, this can bring an opening to hit pause and reconsider what it is that makes you tick at a deeper level.

If you've been thinking about letting go of a group affiliation or involvement then the movement of Mars back into your sector of ambitions and responsibilities can give you the nudge to focus on such worldlier needs. Indeed, it's very possible that over coming weeks your time may be taken up with securing your goals and being busy with work or a business opportunity.

Mercury's developing link with the retrograding Pluto in your social sector, can encourage you to be more discerning in your choice of company. Allow your instincts to guide you as to who might be trustworthy and who isn't, as it may not be immediately obvious. Even so, one developing connection could be the exception but you might want this to grow slowly but surely.