2018-07-05T00:00:01Published: Thursday, 5 July 2018
by Patrick Arundell
, contact Patrick on Facebook or Email.
As eloquent Mercury moves to oppose dynamic Mars in rewind mode, we may feel like saying something about an issue, but could choose to hold back instead. 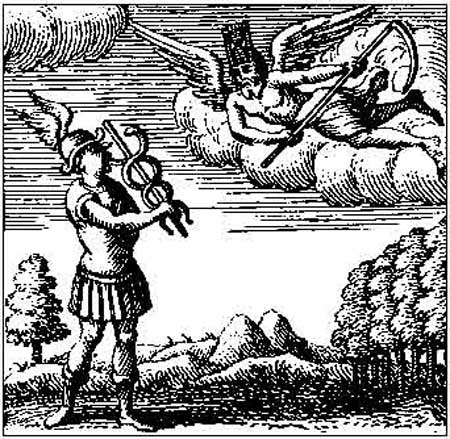 As eloquent Mercury moves to oppose dynamic Mars in rewind mode, we may feel like saying something about an issue, but could choose to hold back instead.

This can be wise as talking things through might resolve it, whereas impulsive words could make things worse. For your FREE Daily Horoscope Thursday 5th July 2018 please see below...

You may have an issue that requires discussion, and think nothing of going ahead and getting it out in the open. Even so, the stellar backdrop hints that it can be better to adopt a subtler approach by considering others' feelings before you make a move. A quiet conversation could have more impact and bring a swifter outcome than going public with your announcement.

With both active and passive elements making up the stellar map, it can be difficult to know whether to wait for others to make the first move, or to take that first step of your own accord. However, you might find that using both can be the better course. Feeling the way into a sensitive situation and getting an idea of what it is about, can make it easier to know what to do.

A very upbeat aspect can encourage you to consider one of your most precious resources, namely your body. Although you may understand the philosophy of keeping fit, the thought of what this means in real terms, could seem rather daunting. And with dynamic Mars now rewinding, it can seem that you don't have the energy at times. If so, just do what you can.

You may be keen to save money, but also ready to enjoy a few treats. A blend of positive aspects involving the Sun, optimistic Jupiter and ethereal Neptune, could inspire you to do something nice for yourself over coming days, especially if it might leave you feeling better. And although you may be inclined to argue with yourself, you likely know deep down you deserve it Cancer.

While you may have a lot to contend with, cosmic forces can be the reason that you might also feel like relaxing your grip and taking life easier. With the Sun your ruler, in a secluded zone connecting to both positive Jupiter and nebulous Neptune, this can be an opportunity to take time out where possible or delegate where you can, as you may need some pampering and self-care.

The truth may come out whether you meant it to or not. Watch out for a slip of the tongue that could mean you are rather more honest than you intend to be. If this happens, then other influences suggest that a heartfelt apology and the willingness to sensitively listen to what someone has to say and to respond accordingly, can go a long way to smoothing things over.

With the Sun forging an upbeat angle with optimistic Jupiter, the idea of pushing ahead with a goal or ambition can seem very appealing. And if you play your cards right, an expert or someone in authority, might be willing to lend a hand. However, you might also be keen for others to benefit from your plans and willing to go to some lengths to make sure they do Libra.

While you can be pleasantly in tune with someone and feel that you know them inside out, you may also need to discuss something important, and sense it could be an uncomfortable conversation. If so, approaching it gently can be the way to go. It is even possible that they have wanted to raise the issue but felt awkward about it, in which case doing so could ease their mind.

If something has been bothering you Archer, then cosmic forces encourage you not to keep it to yourself, but to talk it over with others. With a focus on subtle and emotional sectors, you could try to gloss over this issue by pretending it isn't happening, but this might only cause further stress. A willingness to admit to what is going on and ask for help can be a big relief to you.

You may prefer keeping quiet if something needs to be said, but you could find yourself going down this route so as not to offend someone. However, the situation might only get worse and could leave you feeling more and more frustrated. With lively Mercury opposing fiery Mars, it may be better to speak out, even if someone doesn't like it, as it could help set matters to rights.

You could adopt a wait and see attitude, but taking a more proactive role might bring better results Aquarius. Even so, you could hold back from doing so until someone inspires you to make a move. It can be helpful to tune in and find out what is happening regarding the subtleties of this matter, but once you do, your horoscope reveals it may be more beneficial to grasp the reins and take control.

The current blend of energies can heighten your imagination and be very helpful for any creative activities. However, with the Sun in your romance sector linking to dreamy Neptune in your sign, and upbeat Jupiter in your zone of far horizons, one encounter can stand out from the rest, perhaps making you eager to connect with this person again and find out more about them.

Lovely Venus in Sagittarius squares expansive Jupiter in Pisces, bringing an opportunity to indulge and have some fun.