2016-07-05T00:00:01Published: Thursday, 7 July 2016
by Patrick Arundell
, contact Patrick on Facebook or Email.
With both Mercury and the Sun opposing Pluto, we might find ourselves in a situation in which someone is keen to have their own way. 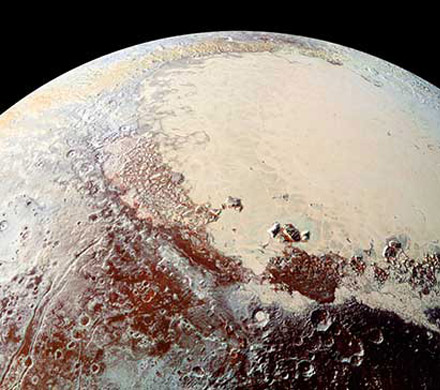 With both Mercury and the Sun opposing Pluto, we might find ourselves in a situation in which someone is keen to have their own way.

At the same time with Venus aligning positively with Mars we may be able to shift the balance of power by using sensitivity and tact. For your FREE Daily Horoscope Wednesday 7th July 2016 please see below...

Although a restless streak can see you looking for something a bit different, other influences suggest that staying focused on one goal could see you make progress. The only issue that may stop you is listening to what others have to say about it, especially family or friends. However, if it seems that this idea will bring extra satisfaction, it can fortify your resolve, Aries.

The current picture suggests that an obstacle may be blocking your path. Whilst this might be true, could it be that it's a mental block that's making this seem more of a challenge? You might find that by breaking the task down into small chunks and tackling it this way makes things that much easier. Applying a judicious slice of patience can also help your cause.

With the Sun and Mercury making an awkward angle to Pluto, it's possible you'll feel pressured into doing something to consolidate your financial situation, even if it is ticking over much as usual. Furthermore, something could come up which requires you to splash out money even though you'd rather conserve it. Yet, in the grand scheme of things it may prove worth it.

The astrological backdrop suggests someone you meet over coming days may have a side that appears gruff or somewhat overbearing. However, it may be worth persevering and becoming better acquainted. The Venus Mars connection suggests once you get to know them they could actually have a very helpful side and could turn out to be a supportive friend too.

Even though the current backdrop suggests this can be a time of reflection, you might feel guilty about relaxing your schedule. The way things are looking it may be helpful to do so. Might it be that you could benefit from a chance to consider your priorities and mull over present plans, especially if you've doubted yourself recently? If so, do take the chance to do so, Leo.

The Venus Uranus tie can encourage you to do something out of the ordinary. However, if you've never attempted anything like it before, you might wonder whether you're up to it. In fact, if you have a side of you that likes to do everything perfectly, this attitude could interfere. Even so, if you're willing to have a go, you may be very pleased with the outcome.

With planetary activity occurring at the top of your chart, it's a fine time to showcase your natural talents. With potent links to deep Pluto in coming days, you may note a reluctance to do so, especially if you feel more vulnerable than usual. While this is understandable Libra, someone who knows what you're capable of could talk you into taking the plunge anyway.

Current aspects suggest that you may be getting a lot of positive vibes from someone, but might also wonder if you can completely trust them. Nevertheless, as Venus angles towards Uranus, unexpected events could bring you together over the next day or so. During this time, you'll have a chance to see if you click. Your horoscope suggests you could enjoy their company very much.

With Mercury, your ruler, now opposing Pluto, your thoughts about someone could become somewhat intense over coming days. In fact, you may be wondering why you've spent so much time trying to understand them, when they seem as enigmatic as ever. You might find though, that if you can accept them as they are, you'll feel easier when in their presence, Archer.

It may be wise to listen to what friends and colleagues have to say, even if you can't always agree with them. At the very least Capricorn, don't dismiss their words out of hand as they might have insights into an issue that could prove helpful. On another note, family matters can intrude into your affairs over the next day or so, when a decision may need to be made.

An aspect between Jupiter and Uranus over the next day or so could bring an opportunity your way from an unexpected quarter. In fact, you could be tempted to turn it down because it may be part of a package that has both a positive and less upbeat side. If you can see past the less appealing elements, this may still contain a nugget of gold hidden within it.

There is a chance you may have been over-thinking a growing friendship, and perhaps worrying about some element of it. The angle between Venus and Mars suggests that you may have an easier time if you focus on what you have in common rather than on hoping to make an impression. You may find that a shared interest is the very thing that brings you truly together.