2016-05-03T00:00:01Published: Tuesday, 17 May 2016
by Patrick Arundell
, contact Patrick on Facebook or Email.
With the Libra Moon linking to both Mars and Saturn in Sagittarius, it may be difficult to come to any clear-cut decisions concerning a key plan. 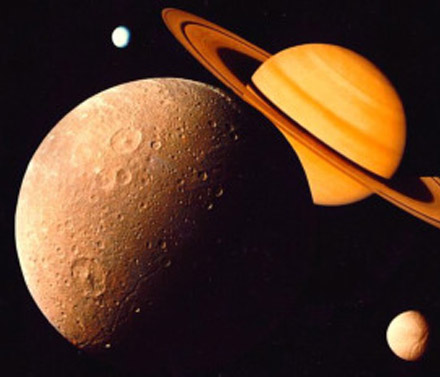 With the Libra Moon linking to both Mars and Saturn in Sagittarius, it may be difficult to come to any clear-cut decisions concerning a key plan.

This may be for the best, though, as over coming weeks, it may be subject to further revisions and changes that could lead to some restructuring. For your FREE Daily Horoscope Tuesday 17th May 2016 please see below...

Where financial matters and ambitions are concerned, this can be a time when asking for others' thoughts or advice could be a shrewd tactic. Although you may be all set to go as far as one idea is concerned, a final glance or feedback from a friend could spotlight an area where a few tweaks might make all the difference. Being open like this is a strength.

A positive aspect pattern spearheaded by Mercury's rewind can see you wavering around one project or plan. However, what you may need more than anything is reassurance. If you're heading in a new direction the idea of going into the unknown can be daunting. Try not to worry about making mistakes. If any do occur you'll learn from them and become proficient.

With Saturn at a critical angle and squaring off with Jupiter and Neptune, it can appear that a certain person is blocking your efforts, whether intentionally or because of the role assigned to them. If so, what should you do? At this stage, you may have no option but to face it up. Frustrating though it may be, you might find you learn a useful lesson through this.

Mercury's connection with Jupiter can bring intriguing people into your orbit. Indeed, some of those you link up with could be connected with on-line groups you're a part of, while others may be encountered during the day. You might rediscover a strand that's lain dormant, and one that inspires you to head in a new and fascinating direction - and one you might enjoy.

Your horoscope suggests it may be preferable to understate the selling points of an idea rather than appear too enthusiastic. Ironically, doing so could motivate others to listen more carefully. It might even be that you have a few doubts yourself, in which case your honesty may pave the way for a discussion from which everyone can benefit. Don't let personal pride inhibit this though, Leo.

With your ruler Mercury aligning with Jupiter and Pluto the sky really can be the limit, and making this one of the best times to exchange ideas. Any willingness on your part to absorb new knowledge, gain a qualification or re-learn a skill that has become somewhat rusty, can all prove valuable. Any blockages that have inhibited you can also fade by the weekend.

You may feel you need a break from socialising, liaising and being around others, especially with Saturn's tense influence hinting that you might have reached saturation point. There are times when even you, one of the most people orientated signs of the zodiac, need a chance to enjoy some you time. If you have the option, Libra, it can prove both restful and healing.

If you've had your doubts about joining up with others or another to work on a team project, then the next week or so could be crucial as to whether you take the plunge or not. However, with Mercury set to push forward from the weekend it may be unwise to abandon your plans at this stage, when with a few key changes you could be all fired up and power forwards.

While exciting and lively goals may leave you keen to make a splash on the world stage, it might be wise to temporarily turn away from the bigger picture and attend to the details. This '€œmicro'€ view of your best laid plans could be crucial if it helps you to spot potential pitfalls. If you do this now, by the end of the month things generally will begin to show progress.

Mercury's retrograde and the angles other planets are forging to it can be a call to let others know how you feel, especially if you've disguised your emotions so as not to rock the boat. Perhaps others would understand you or your situation better if you shared some of the more intimate details. If there's been a mix-up, a heart-to-heart talk may restore harmony.

With the current focus on the foundations of your situation, some quiet reflection may yield insights that could improve a close relationship or enhance your family life and dynamics. In addition, it may be worth saying what's on your mind, as even if you have to address a touchy topic, current influences suggest a good outcome could result from doing so.

If you're considering a deal, avoid signing on the dotted line before you've carefully perused the terms and conditions. Greater scrutiny of these could highlight a way of obtaining even greater value, and see you strike a bargain or save money. You may also reconnect with someone today and can enjoy the glow that comes from discussing past times.