2016-10-03T00:00:01Published: Tuesday, 18 October 2016
by Patrick Arundell
, contact Patrick on Facebook or Email.
With a lot intense and unstable energy causing a stir, we may need to employ great sensitivity as well as a degree of tact when interacting with others. 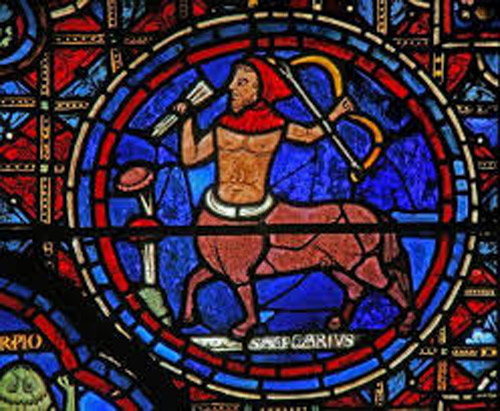 With a lot intense and unstable energy causing a stir, we may need to employ great sensitivity as well as a degree of tact when interacting with others.

Even so Venus dances into the lively sign of Sagittarius from today, so we might find that a change of scene and good company can leave us feeling easier.  For your FREE Daily Horoscope Tuesday 18th October 2016 please see below...

As Venus dances into your sector of far horizons you might feel a new lightness due to resolving a niggling issue or letting go of uncomfortable emotions. This influence parallels a positive alignment that can bring sparkle to your relationships and social life. While this may be delightful, another dynamic but more challenging influence suggests it can be time to show your strength.

You may notice a difference as Venus eases into one of the more intriguing sectors of your chart. Her presence here can encourage a deeper look at close relationships. In fact, any insights gleaned over coming weeks might enable a bond or romance to move to a new level. Though, don't underestimate the impact someone's influence can have on you over coming days.

You could have second thoughts about a relationship that may have become more intense lately. Over coming days this issue can raise its head and may need to be resolved. Even so, Venus's move into your sector of relating suggests you may find it easier to intuitively do or say the right thing. And although certain conversations might require sensitivity, it can be done.

Although there is potential for tranquillity and expansion on the home front, someone's determination to impose an idea of theirs on existing conditions could cause a stir. In fact, with Mars linking to Pluto in your relationship zone, it could become evident that they may not listen to yours or others' input, or is it you being much too single minded at this time, Cancer?

With Mercury and the Sun opposing Uranus in your sector of new discoveries, it's possible that an idea of yours could be challenged. If you're willing to take on board new information, you could be inspired to move forwards. However, this might take second place to an event that could see you pushing hard for an outcome, when it may be easier to let it come to you.

You could be caught in crosscurrents associated with your finances, which may result in a decision to reconsider your position. Although the temptation to stick with the old way of doing things can be strong, you may find adapting to new possibilities and perhaps to the latest technology could make life easier, and give you better ways to manage your resources, Virgo.

Part of the present cosmic picture involves the Sun and Mercury opposing Uranus in your sector of relating. Moreover, this aspect could coincide with a series of conversations that can change your relationship with someone. The issue of teamwork may be one topic that could be up for discussion, especially as certain responsibilities might require a unified response.

Venus's move into your money zone can prove a positive influence if it helps you to attract opportunities for earning more, investing or extra spending money. Nevertheless, the desire to treat yourself can be stronger than usual and harder to override. If Saturn's presence here has led you to set stricter limits then you might relish being a little freer with your cash.

It would be no surprise if you felt pulled in several directions, particularly as the present backdrop can mean you may have to deal with several issues at once. Factor in the Mars Pluto link in your money zone, which could coincide with a pivotal decision, and there's more than enough going on. Bearing this in mind, it's best not to rush, but to take your time, Archer.

The impulse to action may feel it has transformative power and can be the reason you're willing to put so much into a plan or relationship. In fact, what you do now might have quite an impact in the future allowing you a chance to shape things as you want them. Don't discount the possibility of an unexpected event that might encourage a change of tack, though.

With the affable energies of Venus now gracing your sector of friendship, you may find encounters over coming weeks instrumental in getting you involved in group or community plans and activities. However, as time is such a precious resource, don't feel you have to say yes to something that would put you under pressure. Your horoscope suggests allowing space for relaxation Water Carrier.

You may wonder about the motives of a friend, especially if they have seemed so intense of late. However, you might sense that if you say anything they could take it rather personally. Some of this issue may be down to the forceful energies of Mars united with Pluto, suggesting they're likely driven by their emotions. If you can, try to see this and react coolly Pisces.

Powerful Pluto turns direct in the sign of Capricorn which will enable us to experience the power of transformation in our everyday lives.

The Sun in Libra opposes Chiron in Aries, so we may go out of our way to heal a relationship that is experiencing issues.

The planet of talk and thought in Virgo syncs with Pluto in Capricorn for the third time over recent weeks, due to Mercury's retro phase.