2016-09-03T00:00:01Published: Tuesday, 20 September 2016
by Patrick Arundell
, contact Patrick on Facebook or Email.
With the Moon in Taurus linking to Mercury in Virgo we may find we're more in touch with our feelings and therefore more easily able to share them with others. 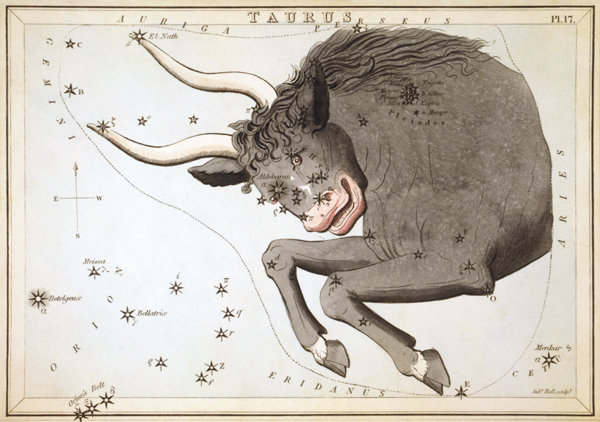 With the Moon in Taurus linking to Mercury in Virgo we may find we're more in touch with our feelings and therefore more easily able to share them with others.

This transit can also find us discussing events from the past and perhaps ways of tackling everyday issues that may be relevant now.  For your FREE Daily Horoscope Tuesday 20th September 2016 please see below...

The Taurus Moon triggers a Mercury Pluto tie which could set off a chain of thought. However, as Mercury slows prior to going forwards in a couple of day's time, there's no knowing where this might lead. It's possible the details of a complex situation could block your ability to see the bigger picture. Letting your instincts guide you is likely to help most.

Today's influences suggest you may be keen to solve a mystery or research an issue in depth if it can help you make progress towards a goal. You might want to check your sources before taking information on trust as you could be caught out. Wait until the end of the week and then get a second opinion, as around midweek a misunderstanding could catch you out.

Although you seem keen to look to the future, a tricky issue may need sorting out first. The cosmic setup suggests this may be a personal one and not something you'll readily share. However, the coming days could prove a turning point in this regard, as with Mercury about to drive forwards an idea you may have rejected previously could begin to show promise.

If you've noted an urgency concerning your purpose or mission in life over recent days, then this feeling could intensify. It can certainly make you think hard about what you want. However, now that Saturn is slowly pulling away from its connection with Neptune, you could find that certain plans may lose their appeal once faced with the reality of what they entail.

You may feel uncertain about what you'll need to deal with in coming days, but there's no need to rush. If you can hold back until early next week, resolving things could be a whole lot easier, and you can avoid some potential snares in the process. With such a lively outlook on the astral cards, your time may be better spent appraising new opportunities or connections.

If it seems that you were in the wrong regarding a certain situation, then the coming days may bring an opportunity to set things right. However, even if you're not entirely convinced it was your doing, it might help things along if you reach out the hand of friendship and apologise, or give the person in question a call. Your horoscope reveals this relationship could be reignited if you do.

Although Jupiter's presence in your sign can boost your confidence and make many of your present goals more attainable, this is not the time to stick with the status quo. In fact, this can be a great opportunity to stretch yourself and take on challenges that might require a bit more of you. If you do, you may find you have far more talent and ability than you realised.

Over the days ahead it may be best to put any niggling issues behind you and give friends and close ones the benefit of the doubt. While there can be some issues that are worth defending, you might find that what has irritated you is not really worth the hassle. Your time is going to be better spent in more constructive activities, so consider letting go and moving on.

If life has been busy or demanding over recent days, then the cosmic setup suggests it may be time to do something you enjoy, even if only for half an hour or so. This could be as simple as a walk in nature, baking a cake or having coffee with a friend. Just don't underestimate the importance of any such activities that leaves you more refreshed and invigorated.

Over the next few days your thinking may take on a deeper dimension as Mercury's connection to Pluto peaks twice. In fact, with Mercury going from retrograde to forward motion, this intense aspect could bring an issue that has bothered you into sharp relief. Although you may have been ready to defend your position, don't be too consumed by this, Capricorn.

You may waver between telling certain people what they want to hear and being more candid. With Mercury about to spin forwards in a couple of day's time and linking penetratingly to Pluto, you might feel that avoiding reality, though easier, is unlikely to solve much. Jupiter's influence suggests you can still be tactful even if you do decide to be honest.

You may feel that you've fallen short of someone's expectations and that they're going to blame you should something go wrong. However, this may not be the case at all. The present celestial line-up can mean a certain person is more focused on details and on getting things right, but others are just as likely to be criticised as you, so just do the best you can.