2016-03-03T00:00:01Published: Tuesday, 22 March 2016
by Patrick Arundell
, contact Patrick on Facebook or Email.
As Mercury glides into Aries today we might ourselves emboldened to speak out on issues that we've kept to ourselves for some time. Doing so could prove very liberating in more ways than one. 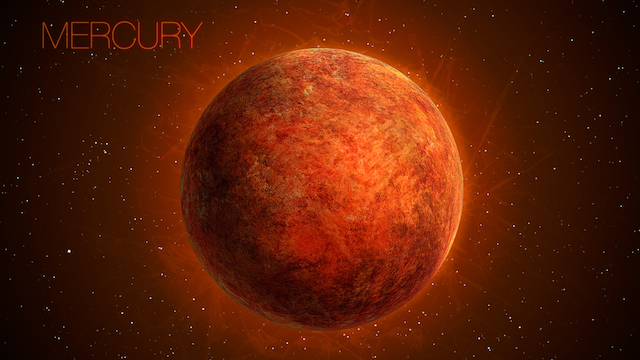 As Mercury glides into Aries today we might ourselves emboldened to speak out on issues that we've been keeping to ourselves. Doing so could prove very liberating in more ways than one.

Even so, with a Lunar Eclipse on the cards tomorrow, emotions can run rampant. Therefore, we need to go easy if we have something important to share, not to do or say something we might regret later. For your FREE Daily Horoscope Tuesday 22nd March 2016 please see below...

The emergence of the Sun and Mercury from your spiritual sector invite you to take charge, even if it feels tentatively. And with the new solar year under way it's time to focus on your own interests, even if others insist you should give them first priority. You may have to make a few concessions, but you do need to channel your energy into what's truly important.

Will you ever trust a certain person again? Saturn's presence in the more sensitive sector of your chart suggests that you may do, but only after they prove themselves. The present backdrop hints that a family member or friend may have taken advantage of you. While you might not say anything to them directly - you'll want to make it clear if they have crossed a line.

With the Sun and Mercury now forging a better alliance with your sign, your hard work may begin to pay off - bringing you closer to certain people and to the goals you have in mind. Although you might need to liaise with someone in order to seal the deal over the next few days, it's crucial you don't lose any of the ground you've gained over recent weeks.

The present backdrop can see you a lot more motivated regarding your plans, no matter how big or small they may be. The desire to see progress is certainly there, although you may have to scale back in order to accommodate your responsibilities to family members. If you're being taken for granted though, that's another matter and something you should attend to right away.

With Mercury racing into Aries and liaising closely with the Sun, it's time to get talking, especially if conversation has been muted over recent weeks and matters have not been discussed so openly. Indeed, the coming days can act as a spur, pushing you to talk things over and it could concern an issue that may have been something of a taboo up to this point.

If you've decided to sort out an issue once and for all, don't back down. The feisty energy of the Sun and Mercury in your sector of change suggests that words can work their magic if you're prepared to engage with the right person. To do so effectively you'll need to let go of negative feelings around this situation though, so as to leave space for new developments.

Tomorrow's Lunar Eclipse in your sign may be affecting you already, suggesting you'll be more open and perhaps vulnerable to other people's moods and views. As it also aligns with Mercury, try not to let people talk you into doing anything you don't want to do, especially if it could have long-term repercussions. If you can, avoid making commitments for a few days.

If those you spend time with daily don't seem as co-operative as you'd like, then it's best not to show any irritation, as it probably won't improve matters. With powerful energies swirling around in the ether over coming days, it's just as well to remember that others may be dealing with their own issues as well, so by being considerate, you will probably help everyone.

The idea of plunging into leisure activities may seem appealing if you're dealing with a lot of challenges and need an escape. But choose your channels wisely, as you may be faced with a new dilemma if you get involved in something that ends up wearing you down emotionally. Enjoy yourself, but don't take on anything else until you're sure you can handle it.

If you've kept certain matters to yourself, the coming days can see you discussing them with select others. However, it might all come out in a bit of a rush, surprising you with the depth of emotion you feel. Don't be fearful of opening up, for despite any desire to be seen as invincible, those you're closest to may be very touched by what you say to them.

As Saturn begins to slow prior to turning retrograde on Friday you may find your dealings with certain organizations to be more frustrating than usual, especially if money is involved. However, if you want to complain about anything, a calm and collected approach will work better. With the atmosphere being unpredictable for a few days yet, just nudge things along.

Your lack of confidence in an idea of yours can be the reason you're not making as big a deal out of it as you could. However, with Saturn about to do a backward dance at the top of your chart progress could be slow anyway. This doesn't mean you should give up on it, though. If you can view it as a long-term project and take your time, you could do very well.