2017-06-04T00:00:01Published: Wednesday, 14 June 2017
by Patrick Arundell
, contact Patrick on Facebook or Email.
As Mercury angles towards Neptune the coming days may be more successful if we can remain alert and aware. 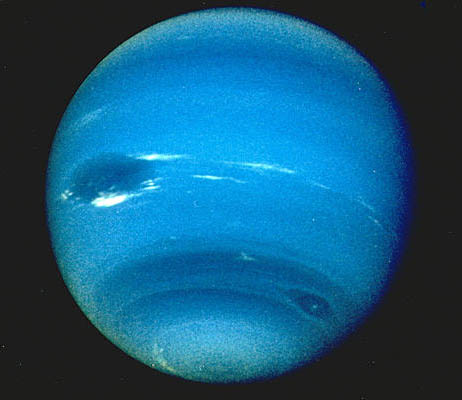 As Mercury angles towards Neptune the coming days may be more successful if we can remain alert and aware.

By avoiding daydreaming we might make better choices and observe key details rather than missing them. For your FREE Daily Horoscope Wednesday 14th June 2017 please see below...

With the Sun and Mercury in your sector of communication, your powers of persuasion may be working well for you. Despite this, as the Sun opposes Saturn over coming days you can find that your efforts may not succeed with a certain person, who can resist your logical suggestions. Nevertheless, it is very possible they may change their tune as the week moves along.

With sociable Venus continuing her alignment with Mars in your communication zone, you may be keen to forge new connections and to be proactive about associating with people who are linked to your plans and interests. And if there have been any issues that need settling, then it might be you that reaches out first of all to smooth things over and to build a bridge, Taurus.

You may feel that it is better to hide your true feelings than to let others in on any sensitive details. In fact, over the coming days you might prefer to keep your emotions out of any discussions completely so as to keep things on an even keel. Even so, with Mercury being oppressed by stern Saturn, your true sentiments could yet be revealed through your body language.

It can seem that dwelling in the inner world with your thoughts and feelings may be easier than facing up to certain responsibilities. The next day or so could bring tasks your way that might either be rather tedious or perhaps a bit of a challenge and something you would rather avoid. But if nothing is done this matter will still need to be tackled by you, so consider making a start.

Your connection or links to a group can move to a new level, as a lively blend of energies suggests you might enjoy mingling or organizing a key event. You can certainly dazzle with your wit and wisdom, but a more mesmeric influence might see you admiring a certain person and putting yourself in the shade. Their more human side can show up soon enough though, Leo.

Even though you may be cheered by the pace of recent events, responsibilities or a run of challenging tasks can mean the coming days may be rather intense. But the Moon's link with Saturn today might encourage you to set wheels in motion now and to get organized at the outset. Breaking your to-do list into manageable chunks could make life so much easier, Virgo.

If you make a concerted effort you could easily talk friends or family members around to supporting you and your plans, even if you feel a little uncomfortable doing so. Nevertheless, don't be surprised if someone comes up with a comment or criticism that could dampen enthusiasm. Rather than prove them right, this can be the very best time to prove them wrong.

There's no need to assert yourself over coming days, especially as the ongoing alignment between Venus and Mars can coincide with others being especially cooperative. If you need support to accomplish a goal that may be too much to tackle alone, you only need ask Scorpio and it will likely be forthcoming. Regarding finances, consider being a bit more restrained just now.

If you've had no option but to stick to a rigid routine in order to get things done, then friends may try to persuade you to take a more relaxed stance over coming days. However, this may be easier said than done as there might be no way you can sidestep certain responsibilities. But if you can take a few minutes here or there to unwind, then you could certainly feel the benefit.

Venus's ongoing connection to Mars suggests that someone you meet could open your eyes to new possibilities and perhaps pave the way for a collaboration on a project or plan. Mind, don't be too enthralled by them to the extent that you put their judgement ahead of your own. It may even be a mistake to do so, as something you suggest could be of immense value.

While it's certainly possible to make your hopes come to pass, your horoscope hints that your ideas may benefit from some adjustment. With Jupiter and Neptune involved in the planetary mix, certain areas may be unrealistic and might benefit from the advice of someone with practical know how. With fine tuning though, you could perhaps take this to the next level.

The idea of pushing the boundaries may be a feature of the planetary landscape, but this can apply on an inner level as a desire to change your mind set. Equally strong can be the feeling of wanting to retreat from the world and spend time doing your own thing. And today, with the Moon passing through a most reflective zone, look to grab some you time where possible.