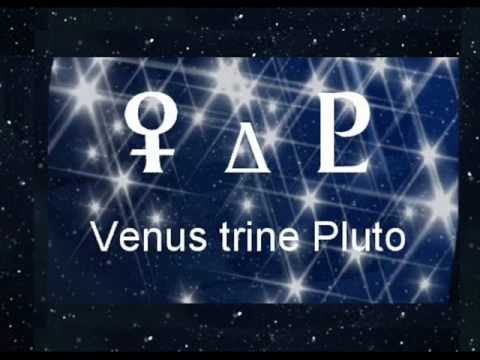 With Venus linking positively to Pluto, certain relationships over coming days could become rather intense.

We might even find that our interaction with a certain person changes our values, perspective on key issues or our approach to finances or art. For your FREE Daily Horoscope Wednesday 17th August 2016 please see below...

The present set-up suggests it's good to enjoy yourself and to take time out to have a little fun, where possible. In fact, if you try to suppress pent-up energy it might break out and express itself in the form of unexpected disruptions. Ironically as Mars, your ruler, moves to connect with Saturn, you might also sense it's time to put serious effort into a project with potential.

As Venus aligns with Pluto, you might find that a heart-to-heart with someone you care about paves the way for a deeper bond and an opportunity to take the relationship deeper. While this could apply to a romantic tryst, it can also be the case regarding a friendship, especially if this person lives far away. In fact, it could encourage you to keep in touch more frequently.

Family involvements may have demanded a lot of you lately, even though you've likely enjoyed spending time with those you're closest to. However, the present picture now brings an opportunity to enjoy some light-hearted social opportunities. Even so, if asked to a formal event then consider accepting Gemini, as you could be introduced to someone rather special.

It may be tempting to say what a certain person wants to hear, especially if it means you're more likely to get what you want. However, with Venus making a strong link to Pluto the suggestion is that you can be successful without feeling you have to compromise on your principles. Just make sure that the person you're talking to benefits as much as you do.

If someone seems to overreact to something you say, then it could be down to tomorrow's partial Eclipse which takes place in your sector of relating. Bearing this in mind, try not to take anything too personally, as a friend or loved one may be feeling overwhelmed by current circumstances. Strive for calm Leo, as it would be more constructive than making waves.

Your horoscope reveals that feelings can intensify over the next few days, so it may be just as well to pause before making any key decisions. However, with Venus connecting to Pluto, passion may be the driving force that encourages you to move ahead with a creative idea or a romantic date. Long-term bonds can also benefit, as the chance to unwind could help rekindle the flame of love.

Powerful forces seem to be at work over the next few days in your sector of relating. However, if a key connection seems beset with difficulties it might help to step back rather than try to resolve matters too quickly. Consider leaving decisions for a while by which time you'll have a clearer idea of what's what. Indeed, as emotions calm down, discussion can be easier.

A potent blend of energies suggests that you and another may bond over a subject or project that fascinates you both. This connection could deepen over the coming days, especially if you make a decision to work together to accomplish something of worth. Changes on the home front may also be on the astral cards, and encourage decisions that benefit everyone.

As Mars moves closer to embracing Saturn, the coming days could see you making a decision of some importance that could have major consequences. If it involves taking up a challenge then it's likely because you feel it's time to make this move. And you would be right, Archer! The cosmos is presently encouraging you to be more proactive regarding your key hopes.

Despite a push from the universe enticing you to be bold, a part of you may wonder if it would take you too far out of your comfort zone to be worthwhile. This feeling may be more a case of old fears rising to the surface as Mars ties with Saturn, your ruler, in a sensitive area of your chart. Even so, really engaging with this issue full on may be a real game changer.

You may have the feeling that something major is about to shift. With powerful energies at work over coming days, you might decide it's time to share something that has been on your mind. How you do so is of the utmost importance, though. An impulsive move may stir things up Aquarius, whereas a more considered approach can turn out much more positively.

Heady feelings may be triggered by Venus's intense link with Pluto, which could result in feelings of jealousy or competition regarding a friendship or a romantic interest. And, even though this influence can be upbeat, it has the potential for people to be manipulative too. Therefore, try to be conscious of your attitudes and those of anyone you are involved with.

Today's Quarter Moon in Libra makes this a good time to get some feedback on a domestic issue or key project.

Messenger Mercury moves into sensitive Cancer making it easier to tune into and talk about our feelings even those that are hard to express.

Dynamic Mars moves into down-to-earth Taurus giving us a practical perspective from which to take action.

The Moon in Leo aligns with fiery Mars in Aries so we may feel a surge of enthusiasm for a project, outing or perhaps a person.

Inquisitive Mercury in Gemini aligns with prudent Saturn and angles towards ethereal Neptune which is an opportunity to bring a dream to life.

Pushy Mars in Aries forges an edgy angle with potent Pluto in Capricorn, which can put us in the frame of mind to create dynamic change.

Ethereal Neptune started it's rewind phase a couple of days ago and will be in reverse until December this year, which may bring more clarity into our lives.