2016-05-04T00:00:01Published: Wednesday, 18 May 2016
by Patrick Arundell
, contact Patrick on Facebook or Email.
Lunar ties to Pluto and Uranus could lead to potential conflicts that may revolve around a key relationship and that could add an awkward note to the day. 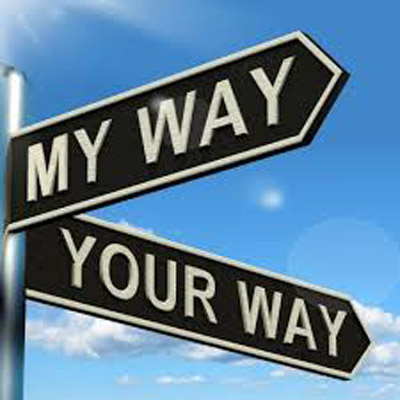 Lunar ties to Pluto and Uranus could lead to potential conflicts that may revolve around a key relationship and that could add an awkward note to the day.

Even so, this might be lessened if we can try to compromise or at least put ourselves in the other person's shoes and seek to understand them. For your FREE Daily Horoscope Wednesday 18th May 2016 please see below...

Even though you may have the best of intentions regards resolving a key issue, lunar ties to Pluto and Uranus might make it difficult to steer an even course. Before you know it, a sense of frustration could cause you to lose your poise and say something that is very to the point. While being truthful is admirable, a sense of decorum is important too, Aries.

Sometimes it's the little things in life that affect us, perhaps more than taking on a known challenge. Indeed, today's backdrop hints that a situation could intensify, so it might help to side-step any drama and opt for a compromise. If you do feel a bit ruffled, channelling your energy into a creative pastime or sport could have a positively soothing effect.

Although you may be fired up to tackle a key goal, in practice it might be better to wait until next week. By then the Sun will be in your sign, Mercury your ruler will be firing forwards once more and you'll have bypassed the vagaries of the Full Moon. Even so, Jupiter's link with Saturn hints that steady is best for now, if you're taking those first steps and learning the ropes.

If you feel that you're giving a lot and not getting back much it may be time to say something. The present backdrop hints that it's better to speak up than quietly resent such a situation, which might only create inner tension. It's also possible the person in question doesn't realize how you feel, so even though you can often resist speaking out, perhaps now you should.

No matter that you may have a lot on your plate, present lunar connections could bring out your rebellious side, interrupting the harmonious flow of the day. Indeed, you may get more done if you plan ahead for an activity that can help you let off steam. Knowing that you've scheduled an opportunity to kick back, even if only for a while, can help you settle to tasks.

The impulse to give in to your feelings and say it like it is might not be in your best interests, as you could short-circuit a budding friendship or romance. Even so, it can be hard to hold back under present influences when it may be tempting to be blunter. However, Mercury's link to Jupiter suggests adopting a more relaxed approach will serve you best of all, Virgo.

Sometimes it can be difficult to admit that someone is not as perfect as we had thought. However, the present line-up suggests that it won't hurt to bear this in mind. It probably won't help to deny what may be obvious to others. However, you might need to re-frame your relationship with this person and this could involve re-scripting some unspoken rules.

Though tempting to go to an event with several people, your horoscope reveals you may be better going as a twosome - as any more may not be in your best interests. The current blend of energies suggests this is no time for small talk as it might trivialize the quality of your conversation. If you crave something deeper and more intimate over coming days, be particularly choosy.

Your goals and personal plans are likely to be much in focus and things could potentially, be at an exciting stage. Mind, it can be easy to allow certain friendships to languish, though you likely don't mean to. If you're keen to keep those supportive links ongoing, then consider making a date for a meal, coffee or drink or just keep someone in the loop.

If certain people have been taking liberties, then the present blend of energies might encourage you to do something, especially if this has been going on for some time. With the Moon linking to Uranus and Pluto you could begin to feel more frustrated. If so, think if it is down to you to tighten up your boundaries. Sometimes we can over give Capricorn.

It may help to accept those things you cannot change, especially over coming weeks. The present backdrop can reveal a tendency to push for a certain outcome when this may not be possible. You could burn a lot of energy by trying to bend the situation to your wishes. In essence, your more idealistic side is being challenged by life's harsher realities.

Those in influential or authoritative positions may take more of an interest in you. However, rather than see this as a demand, see it as a compliment. Indeed, the ongoing activity at the top of your chart can boost your own authority too, particularly if you use your natural skills to good effect. In fact, you may soon be in a position to advise or mentor others needing help.