2018-09-04T00:00:01Published: Wednesday, 19 September 2018
by Patrick Arundell
, contact Patrick on Facebook or Email.
With the Moon in Capricorn making a positive angle to expressive Mercury in Virgo, we may prefer practical ideas and actions. 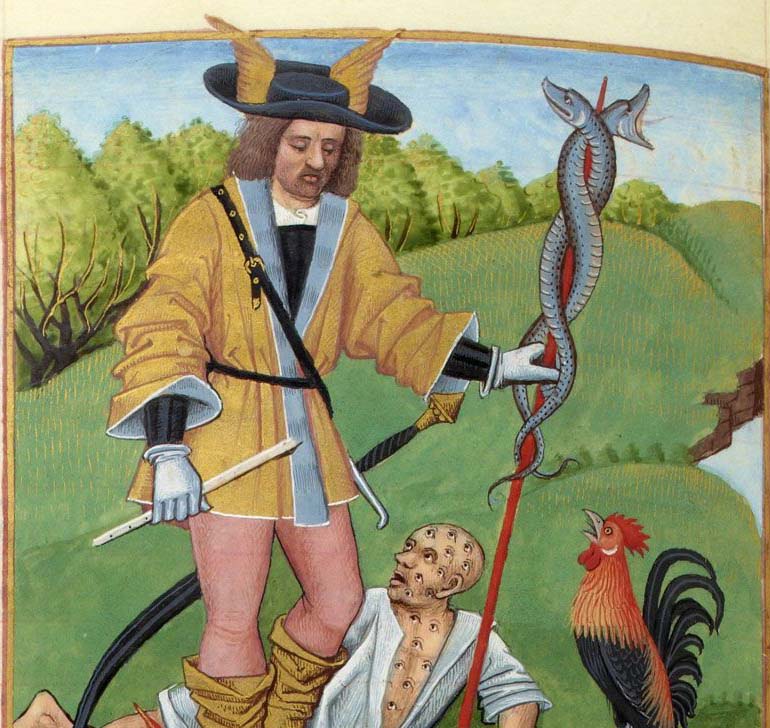 With the Moon in Capricorn making a positive angle to expressive Mercury in Virgo, we may prefer practical ideas and actions.

While this is a temporary aspect, it can inspire us to get organized and complete important tasks. For your FREE Daily Horoscope Wednesday 19th September 2018 please see below...

Someone may be a little envious of you, and this can show up in conversations or less obvious ways. Your approach to them could change things for the better if you make time to talk and share all the things that are special about them. Their opinion of you could change dramatically after a chat and because of this, they could become a helpful and supportive friend to you.

By the end of this week the focus will shift to practicalities. But for now, while the Sun and Mercury remain in your lifestyle sector, there are still opportunities open to you for recreational activities and creative pastimes. A budding romance might also pick up, perhaps moving at a steadier pace. Ambitious plan afoot? Cosmic forces suggest it's best not to be too quick off the mark.

With the Moon linking to the relentless Pluto, you may not be in the mood to compromise, in which case, you could feel like issuing an ultimatum. This might not be necessary though if you look to the bigger picture. Does it really matter if someone doesn't want to go along with a plan or idea? In the grand scheme of things, you may find that it works out fine if you just go with the flow.

You might be keen to make a success of something, but the temptation to do so by taking a shortcut might backfire. As feisty Mars continues to forge an angle to restless Uranus, you may be getting ahead of yourself in your eagerness to take advantage of an opportunity. It could be best to reconsider your position as on reflection, as your horoscope hints there may be better ways to get ahead.

It might seem that the harder you try, the more things seem to take an unexpected turn, and this could be especially so in your relationships. Someone may be reneging on a promise and pinning them down could be difficult. It may be wise to leave them out of your plans for now and get on with things yourself, as you'll get more done. And in a few days, they might surprise you.

It may be time to alter habits that have been a part of your life for some time, and it could be unexpected changes to your routine that act as a catalyst in this regard. Some of them may be so ingrained that the idea of doing things a different way could be unthinkable. However, each time you break the pattern, as can happen over coming days, doing things a new way can get easier.

You may feel like keeping a low profile, and yet this can be a good thing. With the Sun and thoughtful Mercury in a secluded sector, you might be better working behind the scenes until next week, when both planets will be in your sign and energy levels and confidence can be more buoyant. You'll feel more like interacting with others and ready to move on key plans.

Mars, your co-ruler in a private zone, may be inclining you to introspection concerning a certain matter, and yet trying to keep it to yourself may prove futile. And anyway, a very unpredictable influence suggests that it might be hard to keep any such information quiet. Perhaps it is just as well to open up to someone you trust, as the feedback you get could leave you feeling more at ease.

You may be keen to purchase something you have coveted for some time, but only do it if you have looked into it. Something may seem great in a catalogue or online, but owning and using it might be another matter. Check reviews, as they can be very enlightening and might expose a fault or flaw that could make all the difference, and see you making another choice.

The Moon's tie with Pluto could see you taking objection to something that seems a step too far. However, it is possibly a fleeting issue and better to rise above it. If this is not the first time this has happened, well, yes you may want to discuss it fully, as it could be due to a conflict of values. Agreeing to disagree may be one solution, but if keeping a distance seems preferable, then so be it.

You could doubt yourself just as things seem to be going your way, and if this describes how you feel, then it may be that these are emotions from the past as they bubble up on their way out. Allowing them to pass through you rather than resisting, can be helpful. From the weekend, life can seem less intense in one respect as the focus shifts to your sector of new opportunities.

If you focus your efforts, you may not have quite so much to do next week Pisces. Even so, if this involves teamwork, then giving your full co-operation can speed up the process further. With expressive Mercury and the Sun entering a more intense zone from the weekend, your attention may be drawn to deeper matters, but for now your social life sparkles with promise.