2019-11-04T00:00:01Published: Wednesday, 20 November 2019
by Patrick Arundell
, contact Patrick on Facebook or Email.
Logical Mercury turns direct from today in Scorpio, but even so it is best not to rush into signing or commiting to anything important just yet. 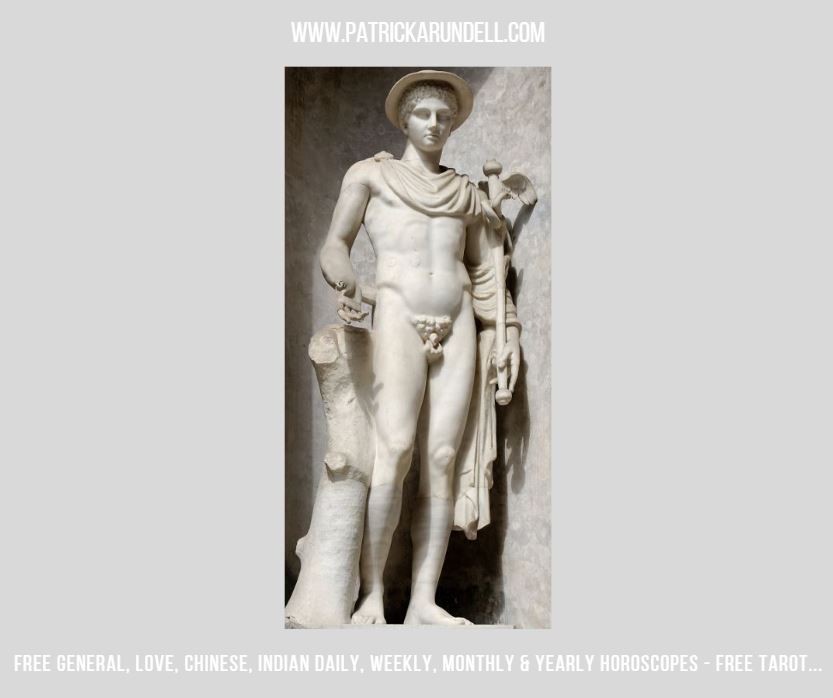 Logical Mercury turns direct from today in Scorpio, but even so it is best not to rush into signing or commiting to anything important just yet.

Mercury can take a week or so to get up to speed and there is still potential for errors although they will likely be resolved more swiftly. For your FREE Daily Horoscope Wednesday 20th November 2019 please see below...

With the Moon in Virgo linking with Uranus, you may seek other ways to make key changes than by following a prescribed course of action. While your sign can have a lot of confidence, it is wiser to take a calculated risk rather than hope for the best. And as the thought-provoking Mercury turns direct from today, a business or financial issue could soon begin to show signs of progress.

As Mars forges a frustrating angle with Neptune, you may be more than ready to trust someone, but uncertain where a plan or opportunity will lead. Bide your time for now Taurus, as with the planet of talk and thought pushing ahead from today, there is potential for unexpected changes. Mind, as Mars moves to oppose Uranus, your interest could begin to waver in this regard.

No matter how many people tell you a thing can't be done, this might only make you more determined to prove them wrong. As eager as you might be though, don't launch into your big idea right away, but allow time for preparation first. This is especially the case with Mercury forging ahead, as circumstances could be more volatile for a few days, so be patient for now.

With the Moon in Virgo linking to Mars and Uranus, you may be seeking excitement and people or events that can make the coming day or so sparkle with promise. And if you have a passion for a hobby or other interest, then pursuing it can also be satisfying. Has a love affair stalled over recent weeks? If so, this trend could slowly reverse and may begin to show promise fairly soon.

You may be very engrossed in activities associated with your home and family, which could keep you busy for some time. With the festive season just around the corner, the Moon Mars link hints at setting a budget that can minimize costs and maximize enjoyment. Still, with Mars forging an uncomfortable angle to Neptune, check out any so-called bargains as they may be misleading.

The Moon in your sign makes some lively angles involving Mars and Uranus, which could see you in the mood to break free of an issue that has been holding you back Virgo. Rather than make a sudden move though, think this through and take it step-by-step for the best outcome. And if your best laid plans have suffered delays, Mercury's forward motion could resolve this.

Don't concern yourself too much with smaller issues, especially if you have a big idea in mind. It may be more important that you see the bigger picture and understand your real motivation for wanting to go ahead. If you convince others that this is something you are serious about, then you can finesse it all later when you are ready to move and are more committed to the desired outcome.

Dynamic Mars is newly in your sign and now opposes electric Uranus, with this aspect becoming exact over the weekend. Its influence can make itself known within a current bond, where the issue of freedom may be key to the happiness of both of you. You may have very different ideas on what this word means, which is why discussion is so important to resolving this Scorpio.

Something unexpected can occur, and yet you might be less surprised than most when it happens. You may have been scanning the horizon for events that can alter the status quo and cause a shift to take place. Anything that does so may be welcome Archer. Even if it causes disruption, this could be something you can work with creatively to introduce the changes you so crave.

If someone isn't getting your message, you may be tempted to withdraw and leave them to work things out for themselves. Even so, with talkative Mercury pushing ahead from today, your horoscope reveals that although communication may not be easy, it is worth persevering. A different approach that takes into account deeper issues rather than superficial appearances, could help resolve this.

You may find that progress becomes swifter in terms of key goals and ambitions, not only because the stirring qualities of Mars bring energy to a more prominent sector, but also because articulate Mercury turns direct from today. Whatever has been subject to delays might soon pick up speed. And if you've spent some of the past weeks restructuring plans, this can now pay off.

Lunar ties to Mars and Uranus can see you eager for encounters and connections that can add something fresh to your everyday routine. With the Moon in your sector of relating, you may be eager for an event or conversation that brings new ideas and options up for further exploration and discussion. If one idea excites you, then the coming weeks could see you taking it further.