2016-07-04T00:00:01Published: Wednesday, 6 July 2016
by Patrick Arundell
, contact Patrick on Facebook or Email.
Venus makes a delightful aspect to Mars, which can be excellent for adding extra spice to a budding relationship or a long-term bond. 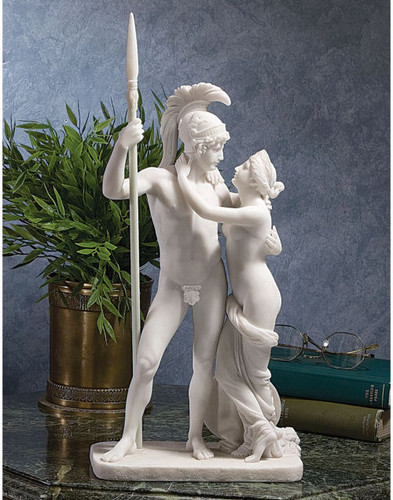 Venus makes a delightful aspect to Mars, which can be excellent for adding extra spice to a budding relationship or a long-term bond.

However, we might also be attracted to someone because we feel they would make a loyal and supportive friend or even a shrewd business partner. For your FREE Daily Horoscope Wednesday 6th July 2016 please see below...

Although current influences can encourage conflict, they might also help you to understand what you don't want, Aries. Even so, despite the fact that feelings tend to change, one intuitive hunch may persist. If this is the case, consider giving it some attention. Indeed, the Venus Mars link suggests that by following your heart you may be able to sidestep unnecessary hassle.

Although you may get along well with a certain person, there could be one area where you seem to be at loggerheads with each other. Over coming days you may wonder whether to let this pass, or whether to discuss it further. If your bond is fairly sound, then disagreeing is not necessarily a bad thing, and might add variety and spice to your relationship, making it even better.

A financial matter may be the reason you and another can't see eye-to-eye. However, a look at the bigger picture suggests you may have more options than you think, some of which could show promise. Yet, if you can't decide, an in-depth conversation with someone who understands your situation may give you the information needed to choose the best way ahead.

Whether you're single or involved, there seems to be a romantic frisson in the air, with the potential to take one relationship to a new level. At the same time you may feel somewhat confused by the intensity of your emotions at this time. If this is a concern, then slowing things down and allowing the situation to develop at a more natural pace could prove more ideal.

You may feel the need to get away from everyday hustle and bustle in order to take stock. While this can mean going on vacation, it's also an opportunity to make time for yourself, even if you don't travel anywhere. Indeed, you might benefit by taking a break from any responsibilities so you can focus on your own needs and especially if you've been under pressure.

If you feel you're being manipulated into doing something you don't wish to, it could make the atmosphere between you and another fairly intense over the coming days. On the other side of the coin, the Venus Mars link hints that by utilising a charming and persuasive tone, you could work around this situation and even turn it to your advantage, if you so desire.

Over the days ahead, it might pay not to be so diplomatic, but to be a little feistier. In fact, as Venus angles towards Uranus your horoscope suggests you may want to take a page out of an Aries book and not worry so much about what others think. This is one time when you won't want to be bound by other people's expectations, and instead, choose to resolutely focus on your own needs.

If you're feeling nostalgic, then visiting a place that has sentimental value could prove heart-warming. Indeed, such a trip down memory lane can prove enlightening too. However, it might also provide a temporary respite from any situation that has been somewhat overwhelming, and especially if this helps clear your mind and allow for a newer, informed perspective.

If you've coveted something for some time, the coming days could encourage you to go out and snaffle it. While it could be argued that price will be a factor, and indeed it may be, there might be other ways to own this without it costing too much. In fact, by employing some lateral thinking and persuasive charm you could get this for a lot less than its listed price.

The present set-up suggests someone may be trying to blame you for something that's not your fault. This could irk of course, and while it won't be a good idea to let this person have their way, nor will it probably help to have an argument. Instead, see this as an opportunity to play the adult, and stay resolutely calm, detached, and unwaveringly polite and diplomatic.

If you are experiencing any issues believe that you can resolve it, Aquarius. Current influences suggest you may be putting a lot of effort in but are they the right channels? If not it could leave you feeling drained. Getting hold of the right information may not be as important as finding the right perspective. Once you have these, things will begin to fall into place better.

What seems like a minor event may not be, and could take on an energy of its own. It might help not to make too many plans, in case you have to cancel them. And if you feel you're being pressured into doing something you don't want to, let those involved know as soon as possible. With other upbeat options on the astral cards, why stay hemmed in like this, Pisces?